If you’ve ever had a daydream about expanding Clark Lake’s waters beyond the current shoreline, you should find this real-life story fascinating.  In the 1940s William Keast purchased three cottages and a farm house on 90 acres of land on the south side of the east end of Clark Lake.  His last name should help you locate the area. Yes, it’s the Keast of Keast Drive. 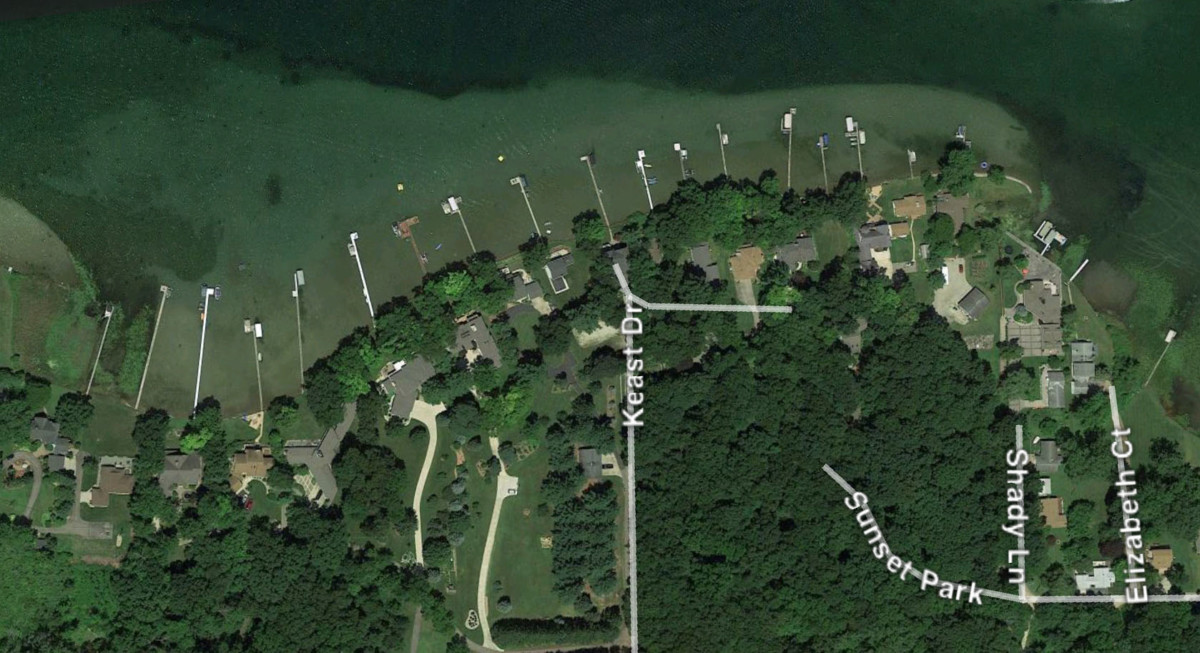 William Keast had a dream, and it was no small one.  The development would not be on the lake, but he would give cottagers access to it via a canal.  This would allow boats to navigate the new neighborhood and improve the view for residents.

The cottages in the new development would have no riparian rights.  Rather it was intended that they share a communal dock to be located in line with lot 10 (see map below).

You can see William Keast’s vision for Sunset Park.  There is road access (labeled),  and the unlabeled area that goes to the lake may be the canal, channel, or another road.  It’s possible the canal did not make it into this drawing.  But “it was definitely on the table,” comments William Keast’s daughter, Patti Boonstra. 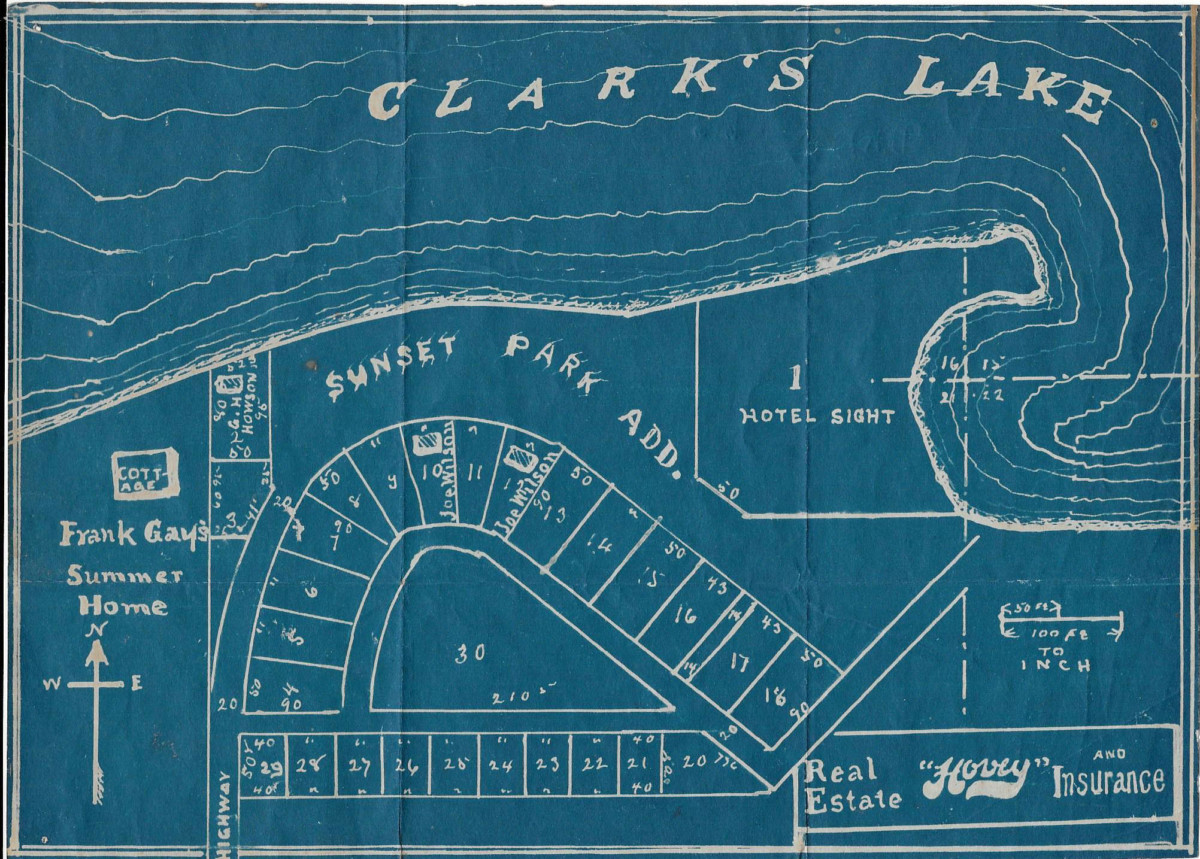 The plan did not get support from two important people–his wife Ottilie, and Patti.  “We talked my dad out of it,” according to Patti.  Once the plan was off the table, Keast gradually sold the land off, but kept one of the cottages.  Today, that cottage is owned by daughter Patti and her husband, Richard Boonstra.

This amazing story from Clark Lake’s past–the canal that almost happened–was uncovered during the writing of Patti Boonstra’s My Clark Lake Story.  To read about her experiences at the lake, including this episode, please click here.

Below is another plat map of the area.  The addition was mapped in the 1940s based on the original plat of Sunset Park in 1899. 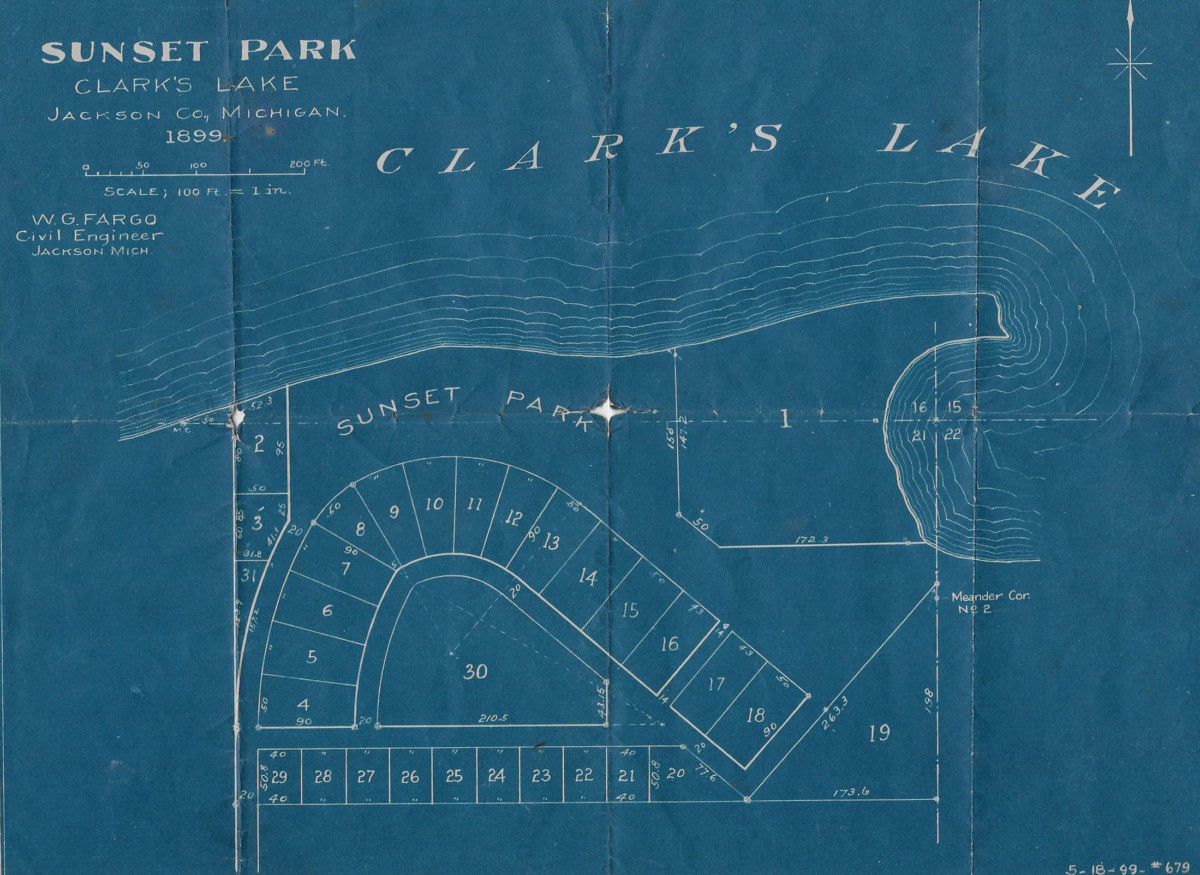