Big Surprise at the Community Center

Ninety years is a milestone to be sure.  When it happens in a family, especially a Clark Lake family,  you just know it has to be big, celebratory, and lake-centered, especially for someone who had spent every summer and fall of her life at Clark Lake…since 1924. 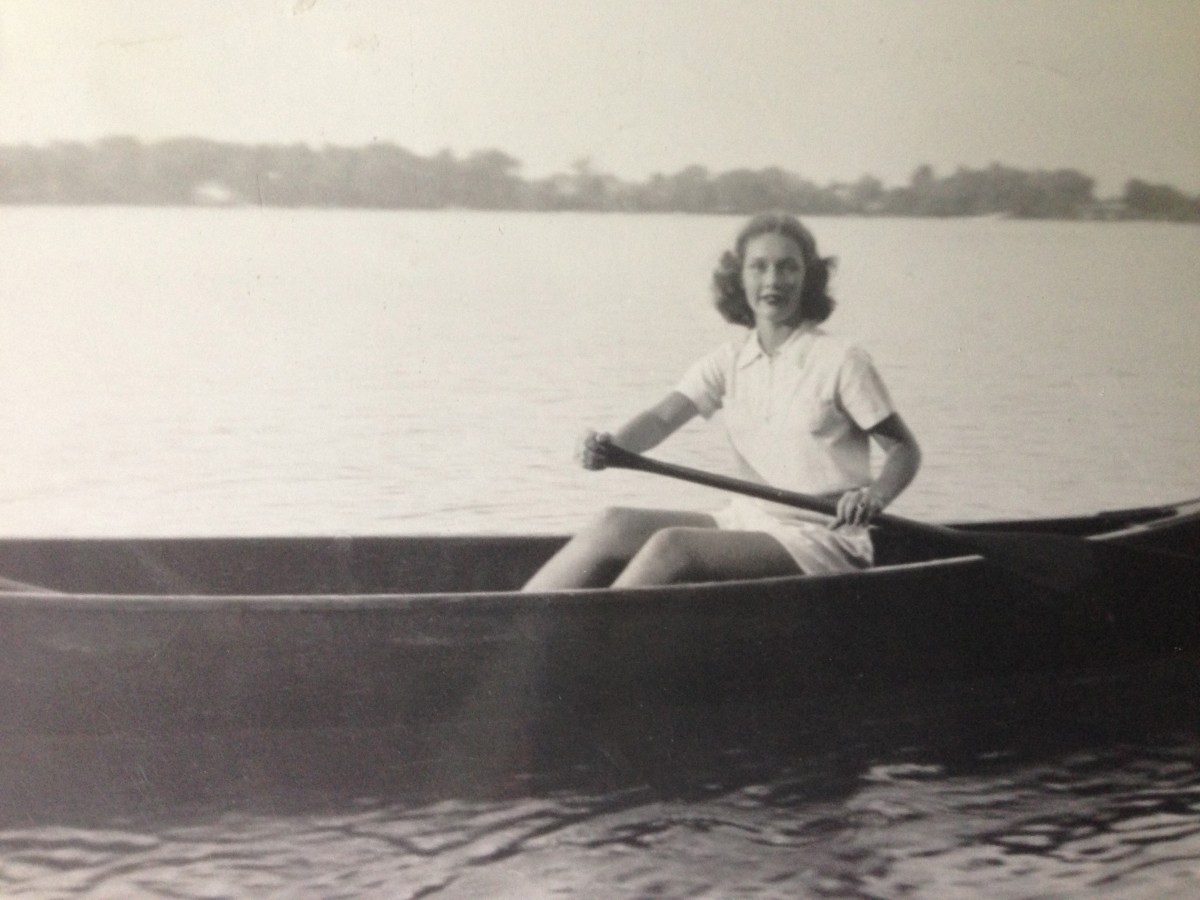 Angela Rensch Ligibel in an early photo at Clark Lake in a favorite canoe.

And so on the occasion of the 90th birthday of Angela Rensch Ligibel, we knew that the Clark Lake Community Center was the perfect place to hold such a fete.  Hosted by her children and their spouses, Mike and Nancy Ligibel, Ted and Pat Ligibel, Angel and Jim Dandar, and Beckey Ligibel, we wrestled with how to keep something this big a secret from a woman who knew most everybody and everything that was happening around the lake?  Upwards of 90 invitations were covertly e-delivered to family and friends, including three of Angela’s childhood friends with whom she had kept in touch.  The date was set for the afternoon of August 30th, 2014, just four days shy of her actual birthday on September 3.

The ruse was hatched to have daughter, Beckey, and her kids, Brandi and Noah, take Nana/Birdie, as she was affectionately known, for a raft ride down to Ocean Beach with a “short stop” at the Community Center to meet with Tucker and Tricia Boyers under the guise of needing help identifying some pictures from long-ago Clark Lake.  After some serious cajoling, she consented to head to the Center. 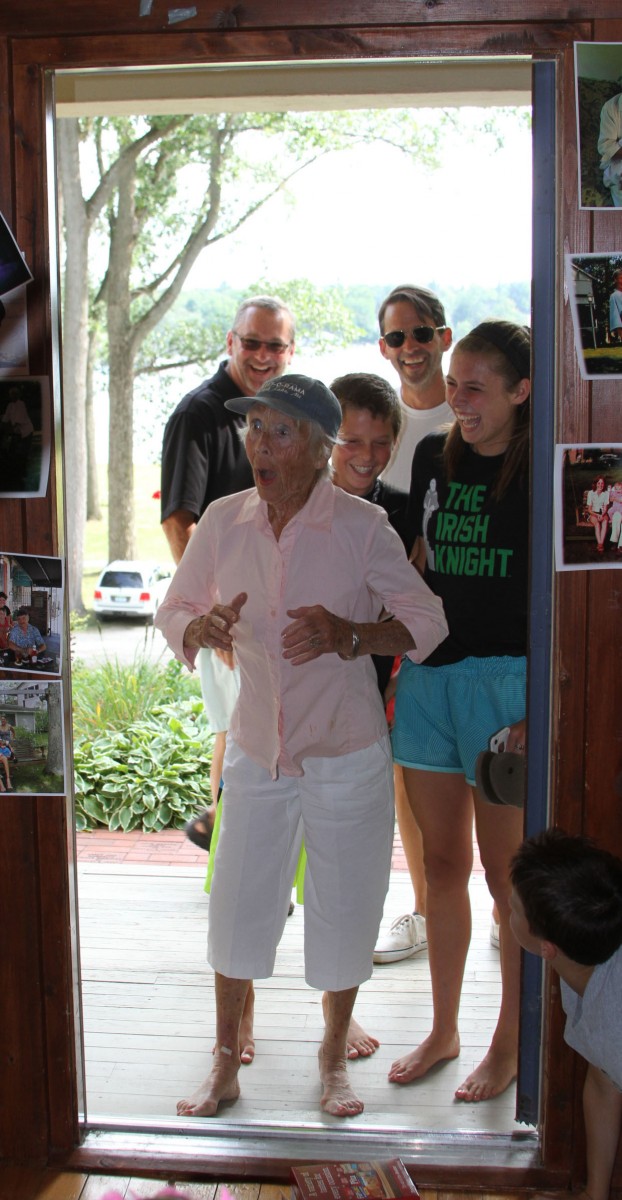 What better place could there be for a Clark Lake surprise…a historic cottage that truly represented the summer heritage of the lake.   A major concern was making sure Nana avoided wearing the frayed pink 1960 vintage robe that she so loved and always wore on raft rides.  We knew asking her to don shoes was not an option….heck, she hadn’t worn them for 90 years at the lake, so why start now?!

As the raft neared the County Park shore anxious guests scrambled to get out of sight…a strategically placed sentry monitored the progress.  As she ambled up the hill and neared the Community Center, the great multitude burst forth…taking her by surprise.  No one who was there that day will ever forget her expression.   She exploded with astonishment, arms raised high, with shrieks of joy pouring forth.

Angela was in her element…she loved parties, particularly those with family and close friends, and grand experiences, so this surprise, especially one that was truly unexpected and at such an iconic Clark Lake location, hit all her best buttons and would become the highlight of her year.

Inside, the Community Center‘s ample rooms were festooned with huge photo murals, vintage photographs, and hand-made signs as well as all manner of finger and grilled foods….and a few libations. Oh, and of those 90 E-vites…82 showed up, including three of her Toledo contemporaries!   Other attendees hailed from Florida, Colorado, and Massachusetts as well as Ohio and Michigan.

The celebratory festivities included ample hugs, sharing of stories old and new, heart-felt guest book signings, and the renewing of many acquaintances.  Granddaughters Jamie Dandar, Colleen Dandar Tankoos, and Sally Dandar Lyons concocted a tableau of some of her favorite songs and ditties performed on the lawn with the assembled multitudes watching from the Center’s broad porch. 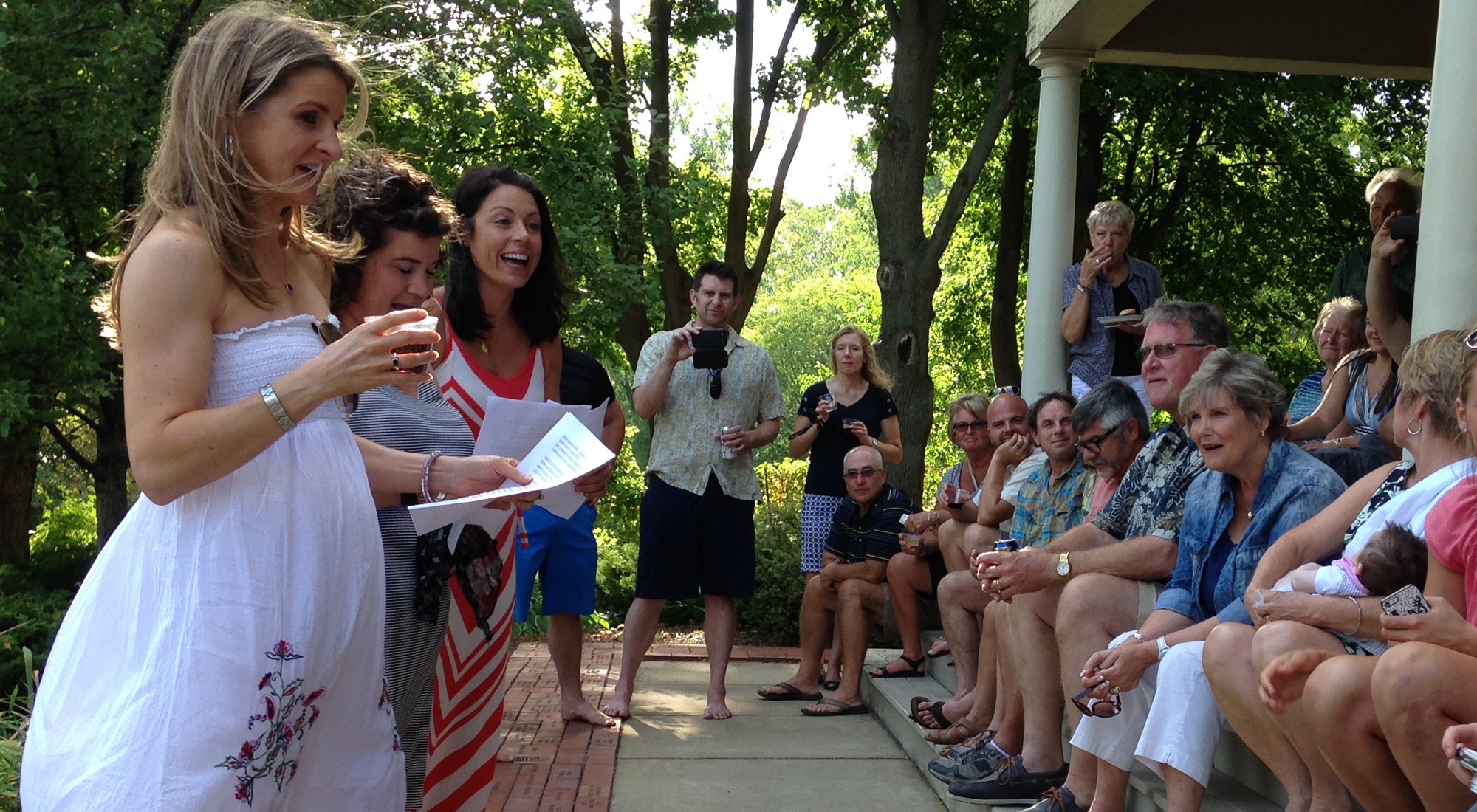 A commemorative scrapbook filled with an array of notes, drawings from her several great-grandchildren, and images of Nana’s favorite memories were spread for all to view…and add to.

The feasting and well-wishing lasted into the early evening, appropriately ending as the sun began to set…on not just another day at Clark Lake.  It was a perfect ending to a celebration of a life well lived! 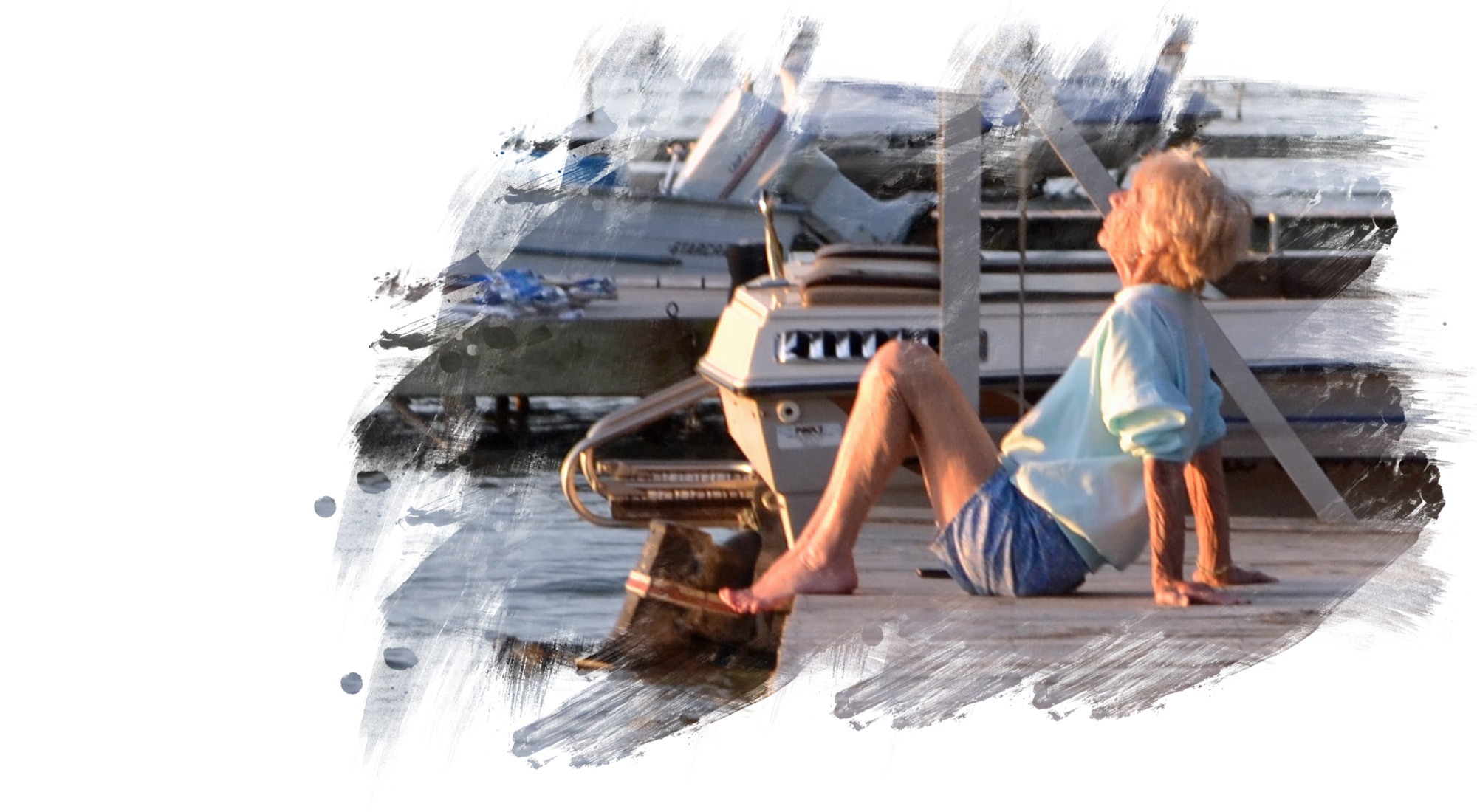 In July, 2013, Angela wrote her Clark Lake Story. Click here to read it.

To review the Tribute for Angela, please click here.