A Photo with a Story Behind It

Photos of Clark Lake abound.  Hidden behind some of them are special stories.  When this happens, uncovering what lurks below the surface enhances what the eye sees.

Ron and Beth June live on Lakeview West near the Eagle Point Road intersection.   The genesis of their love of the lake began in 1947, three years before Ron was born.  That’s when his parents rented a yellow cottage just behind what was Elsie’s Restaurant, on the west side of Ocean Beach near Riverside. Loving this new found piece of paradise, Max and Bee June purchased some property from Leo Steinem in 1953. On that Elwyn Court lot, the Junes built a cottage.

At the time, Max June owned a Ford dealership in Bowling Green, Ohio.  Having become a true Clark Laker, he thought he needed a daily reminder of it. So, he hired a pilot and a plane.  With a photographer onboard, this is the result of the flight over Clark Lake. 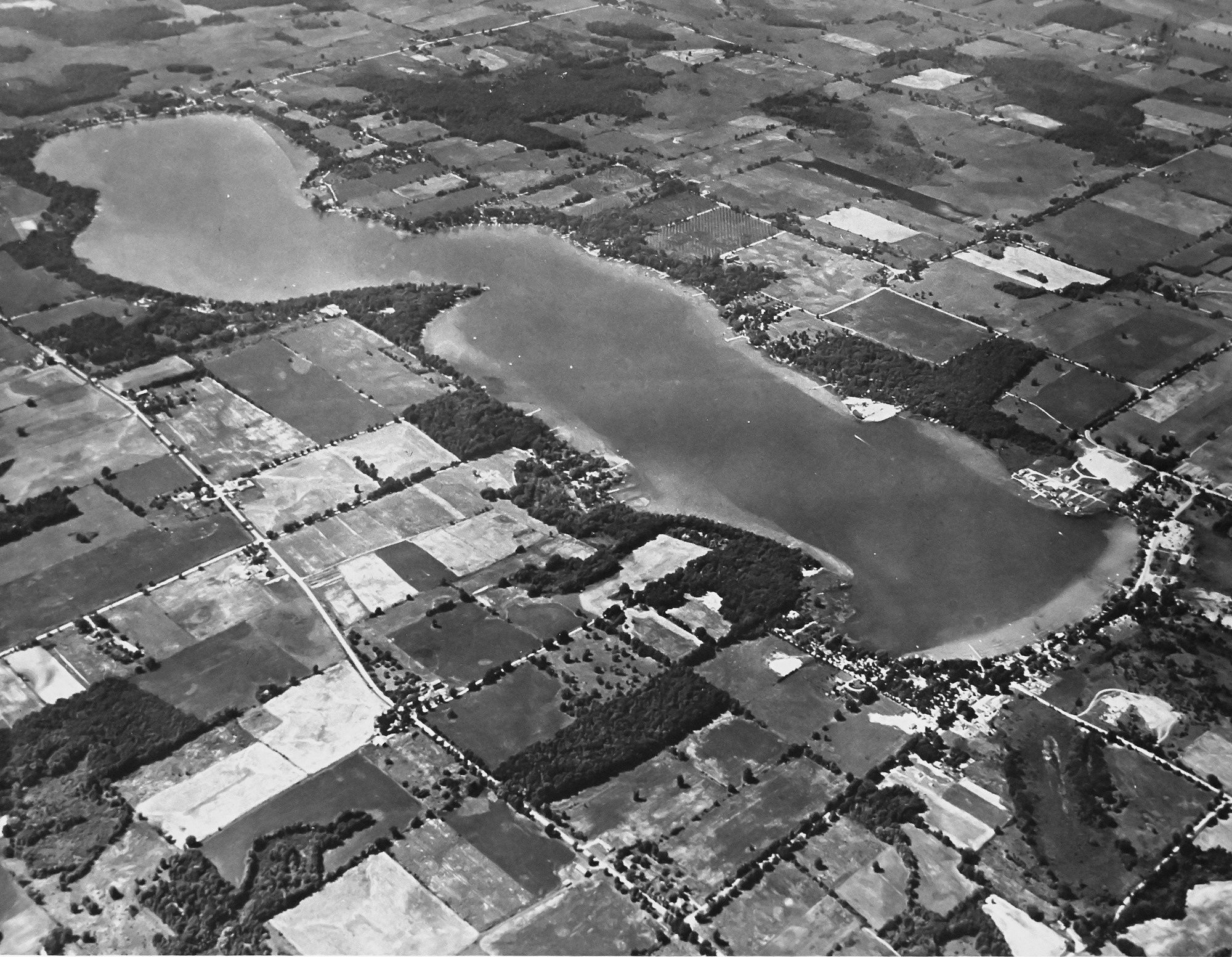 Few aerial photos exist from that era for good reason.  Personal aviation was in its infancy and drones were only a science fiction fantasy.  So, this 1950 look at Clark Lake is rare.

After reading this story, Andy Wilson pulled up a similar perspective on 2020 Google Earth.  Here it is, first converted to black and white; and then, the full color version. 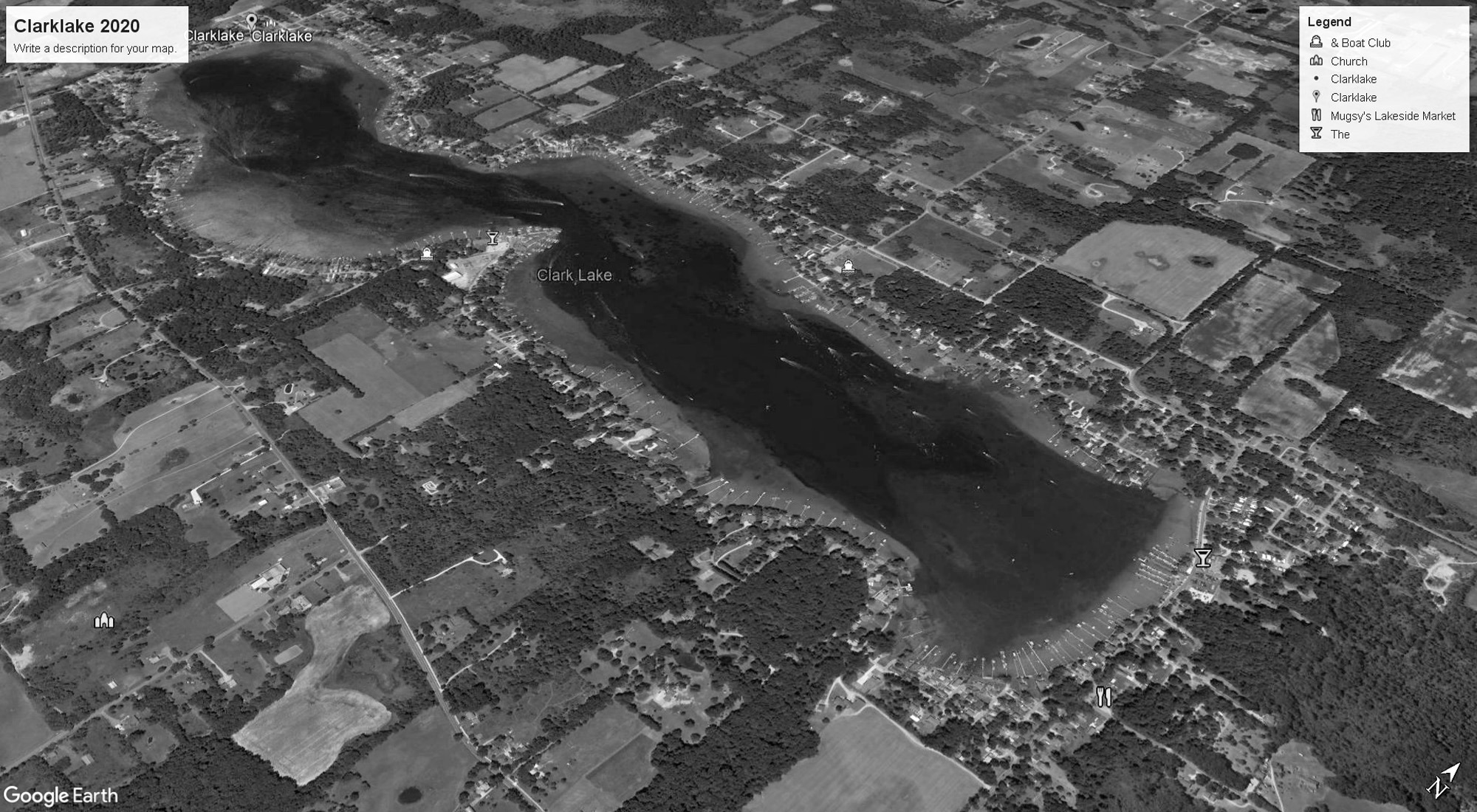 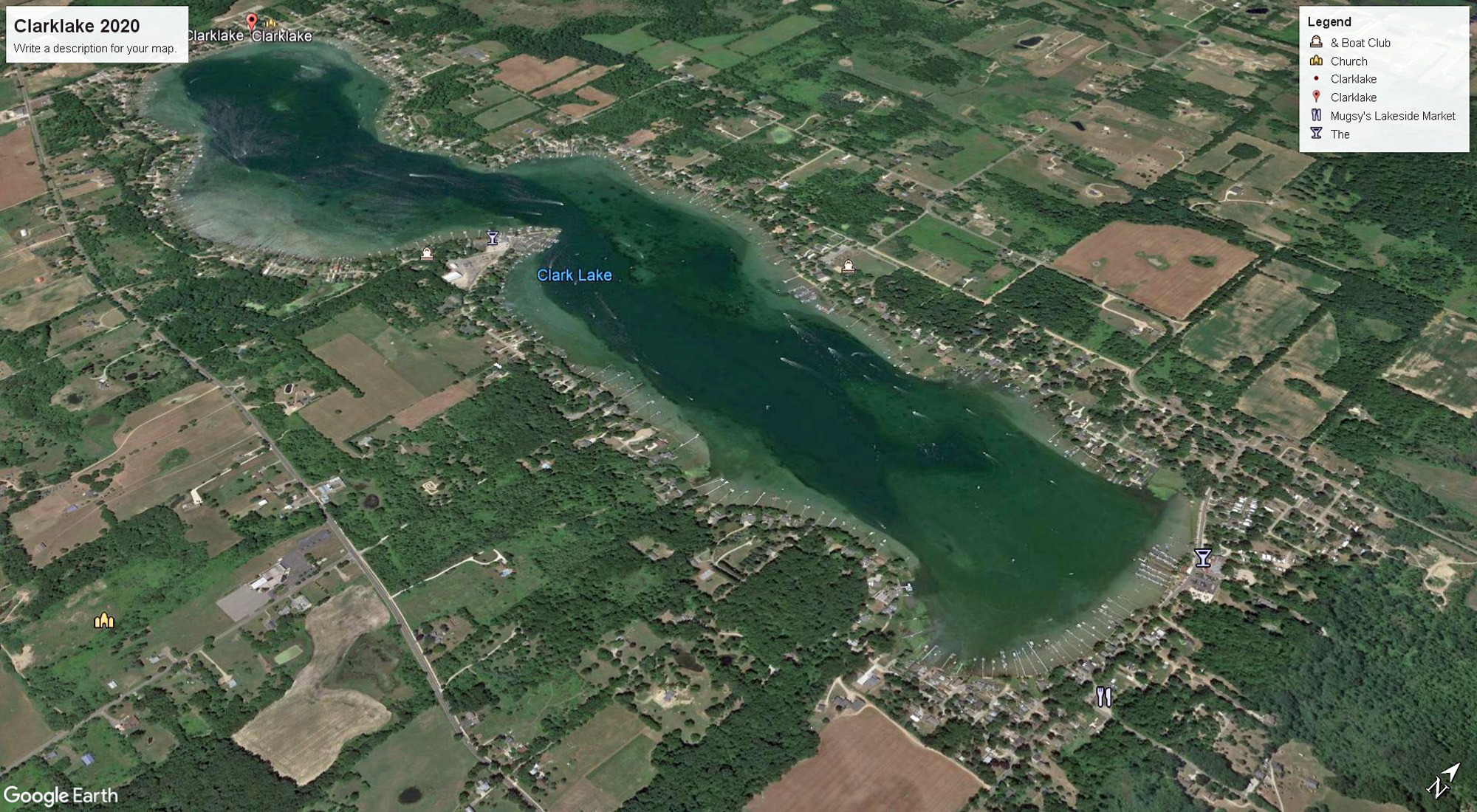 The photo hung on the wall of Max June’s office from the day it was developed in 1950. Eventually, Max retired and the dealership changed hands. But through the decades, the photo was preserved.  At one point, Ron and Beth had it reframed, and today it occupies a beloved place on the wall of their Clark Lake home. 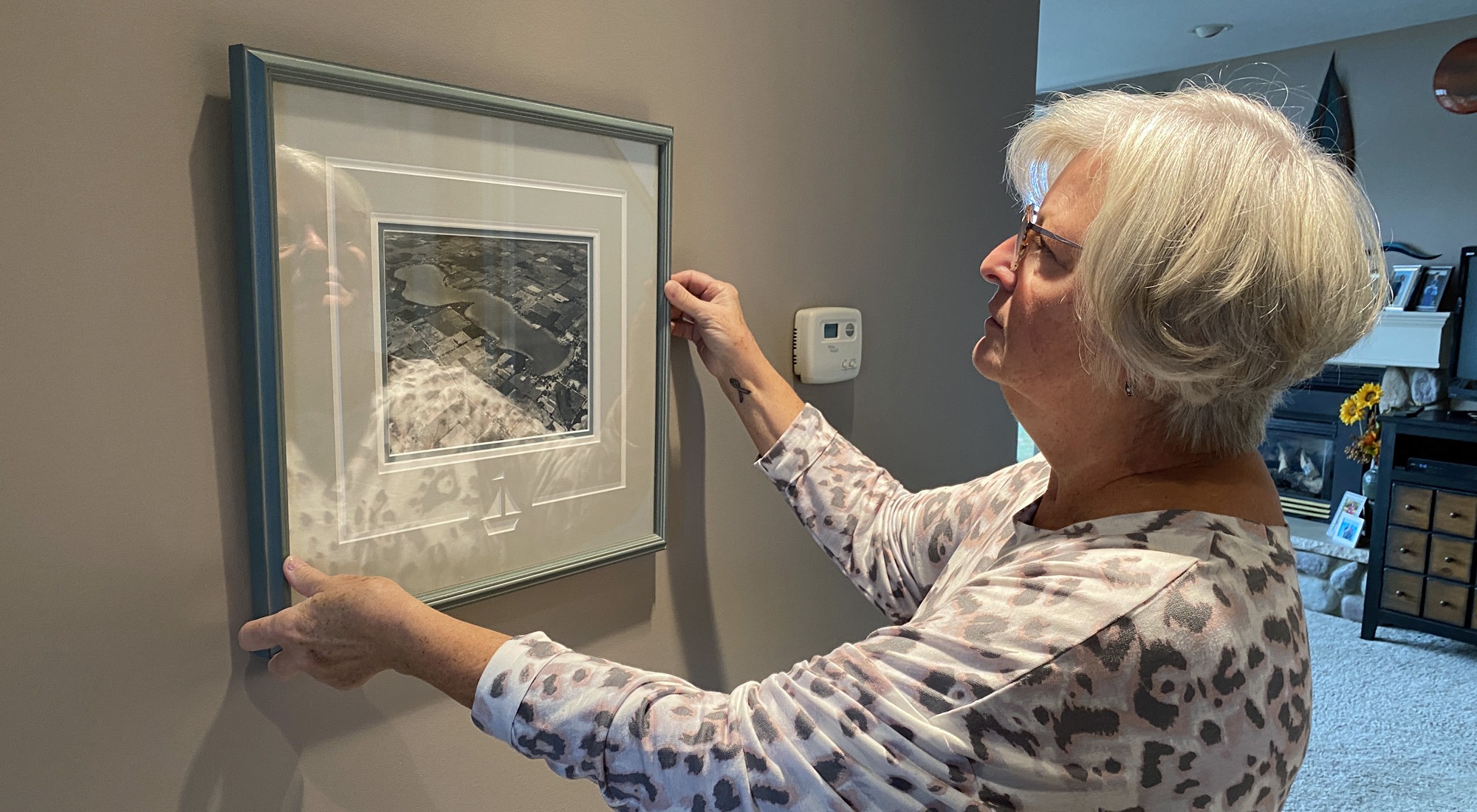 It now appears other copies of the photo have circulated.  The June’s good friends, Dick and Lois Moyer live on the lake and had a cottage near the Junes at the east end.  They have a copy of the photo.  And we now know that Fritz Wilger also has a copy.

To read about Fritz Wilger’s family on the lake, please click here.