A Look Back at Cement City

Recently a friend, Diana Ganiard Potts, shared a few pictures and memories of Cement City with me. Many of us, that knew life at Clark’s Lake in the 1940s and 1950s, recall the fine grit that filtered down unto everything whenever south or southwest breezes directed the plume from the cement factory smoke stacks in the direction of the lake. I also remember when, in those pre-US 127 and US 23 days, Dad would sometimes take us through Cement City on the way to the junction of 223 for our drive back to Toledo. The large plant, with its tall stack belching smoke and cement fines, still resonates in my mind. This triggered a bit of curiosity in my amateur historian mind as to the origins of that town. 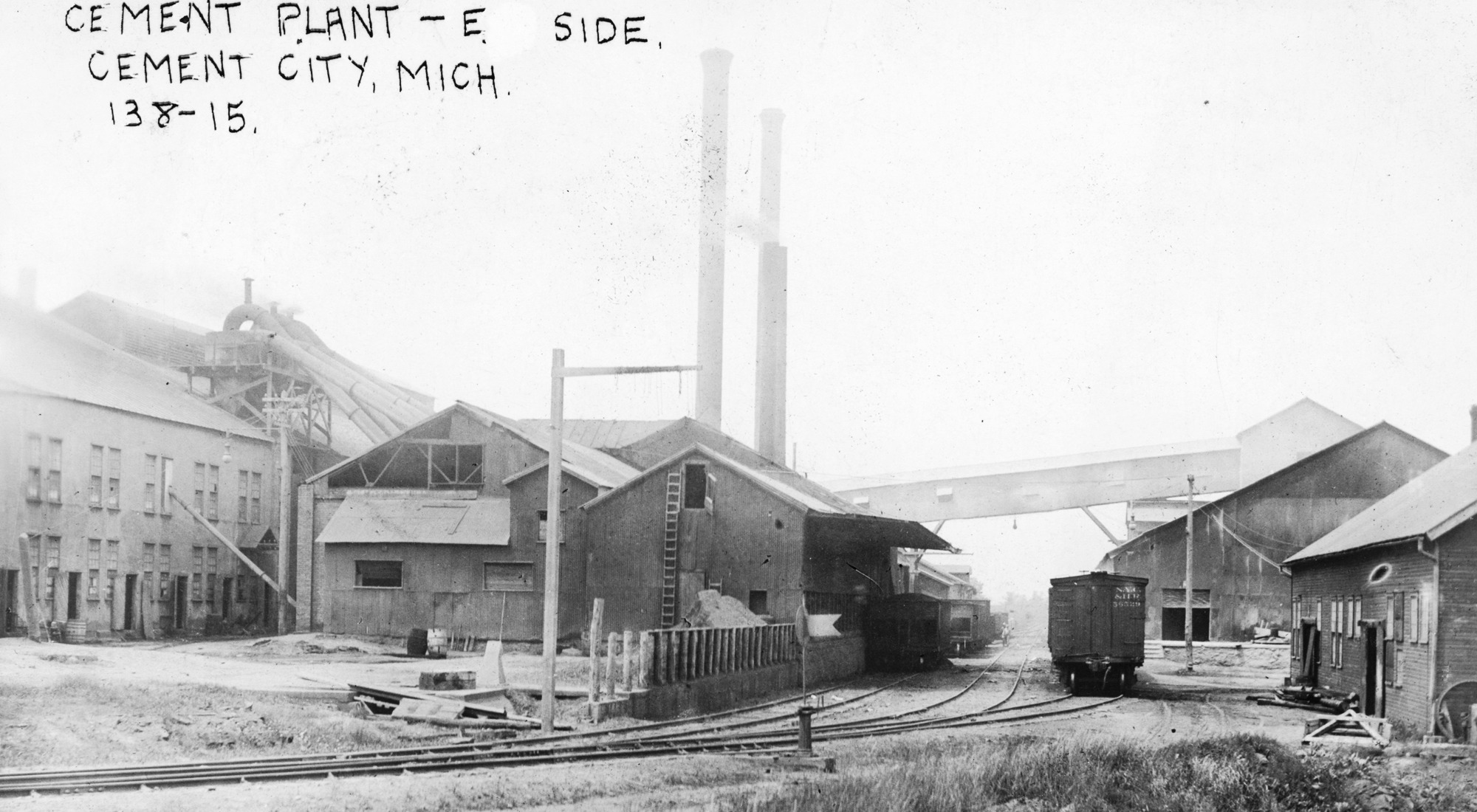 Photo courtesy of The Exponent

On January 3, 1838, a new post office named Woodstock Post Office, Almer Smith Postmaster, was established on the extreme northeast edge of Woodstock Township, Lenawee County. Like so many other areas in Southern Michigan, the 1825 opening of the Erie Canal created shorter routes for settlers into Michigan. A trip on the canal boat, followed by a sail across Lake Eire from Buffalo greatly reduced both the time and the cost of such a trip when compared to overland travel across Pennsylvania and Northern Ohio. As I have mentioned in previous articles, this was the impetus behind Clark’s Lake being settled in 1834.

The exact reason for originally settling in the Woodstock location has, perhaps, been lost in the annals of time. But certainly the proximity of Goose Creek, and its availability as a site for a mill, was worthy of consideration. A few miles downstream, the town of Jefferson City was already flourishing with a similar advantage. Settlement must have been sketchy at that time as, eleven years later in 1845, the post office was renamed Kelley’s Corner, after a local landowner and general store owner named Orson Kelley. The first postmaster for the new post office was James Turk. A depot for the Detroit, Hillsdale and Southwestern branch of the LS&MS railroad was established to service the young town. In 1868, the Cincinnati Northern Railroad (CN) arrived, with a junction with the LS&MS south of the young town and a depot of its own just north of town in nearby Jackson County. 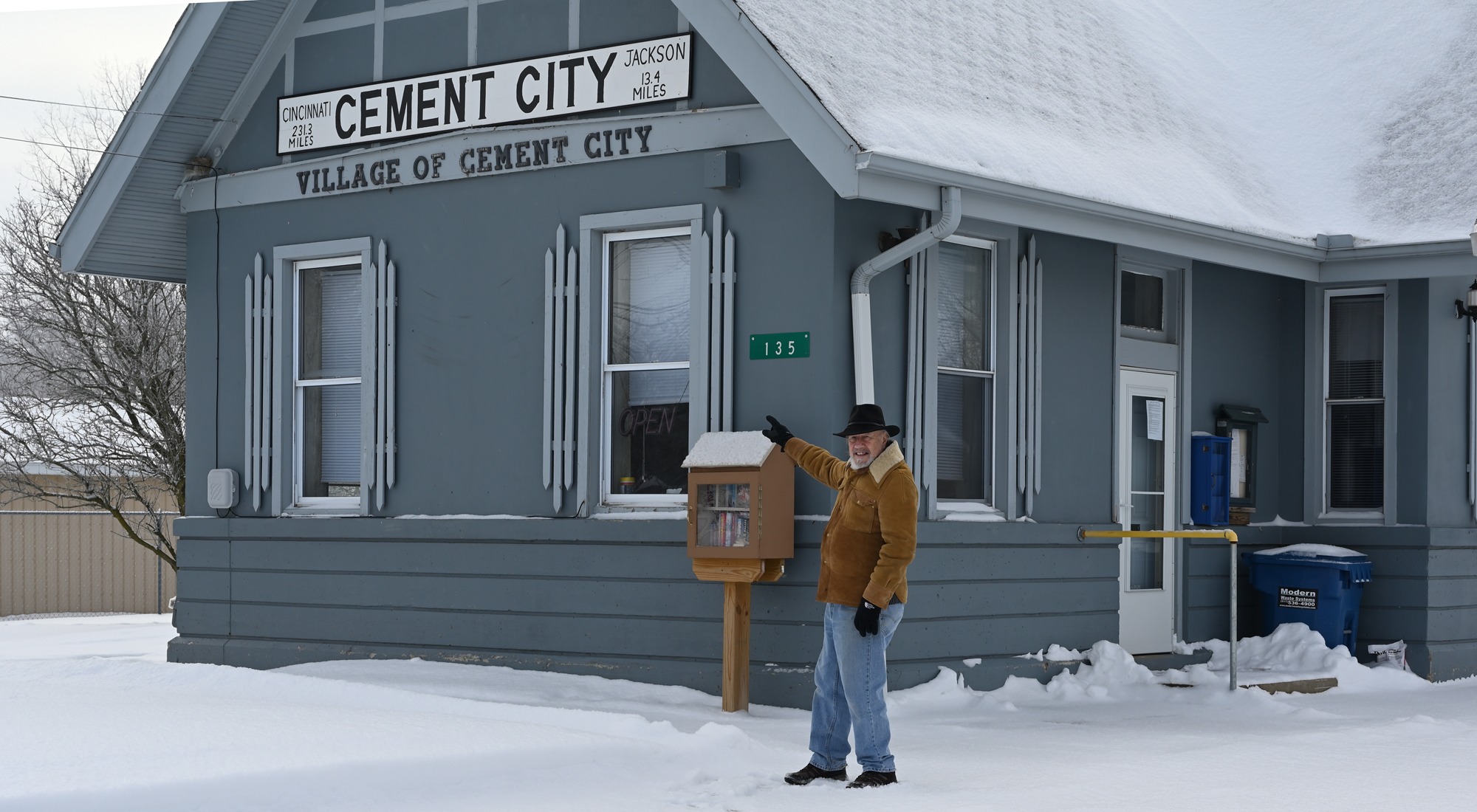 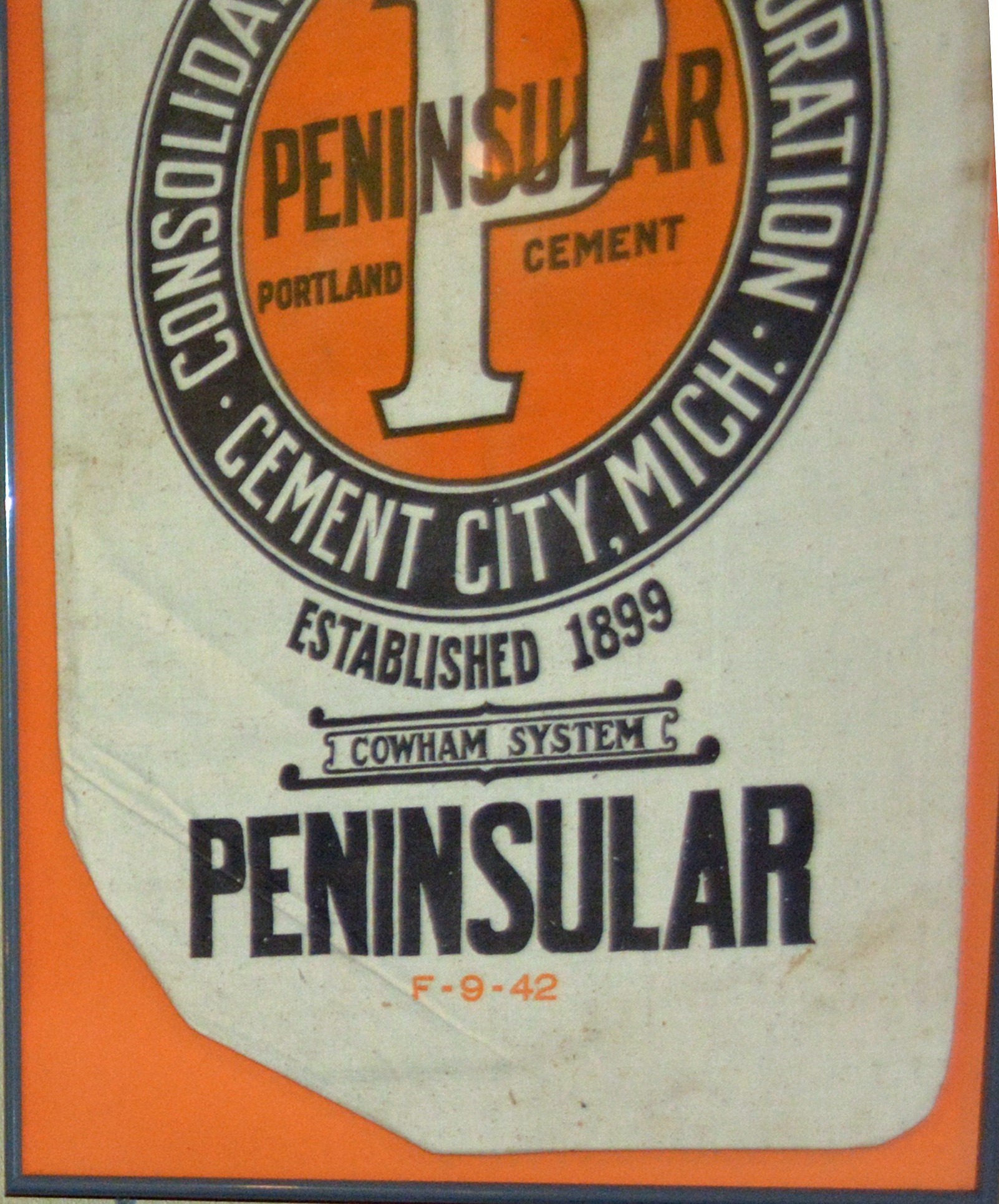 In 1890, a gentleman named William Cohen created an unincorporated town at this location. The town, situated along Cary and Cement roads, consisted of a general store, a blacksmith shop and a few houses. Cohen was one of a group of entrepreneurs from the nearby town of Jackson, Michigan that, recognizing the potential of the location for construction of a cement plant, organized the Peninsular Portland Cement Company. Nearby Goose and Silver lakes had been found to contain considerable marl, which was a valuable raw material for making cement. Accordingly, the new town was first named Cement. By March 5, 1901 the town received its final name change, becoming the Cement City we have all grown up knowing. Once built, cement factory was reputedly the first of its kind in the world to have its machinery and lights completely powered by electricity.

The CN station was upgraded to be capable of handling two double-deck stock cars to load the product from the factory. By 1928, the depot was handing 1,615 such cars. The town was finally incorporated in 1953. The factory continued in operation for more than 60 years, closing in 1961. At the time of its closing, 100 men were laid off – more than half of the town’s residents at that time. The plant itself sat derelict until its demolition in the 1990’s.

Today, Cement City, Michigan continues as a Home Rule town with a 2019 population of 438.