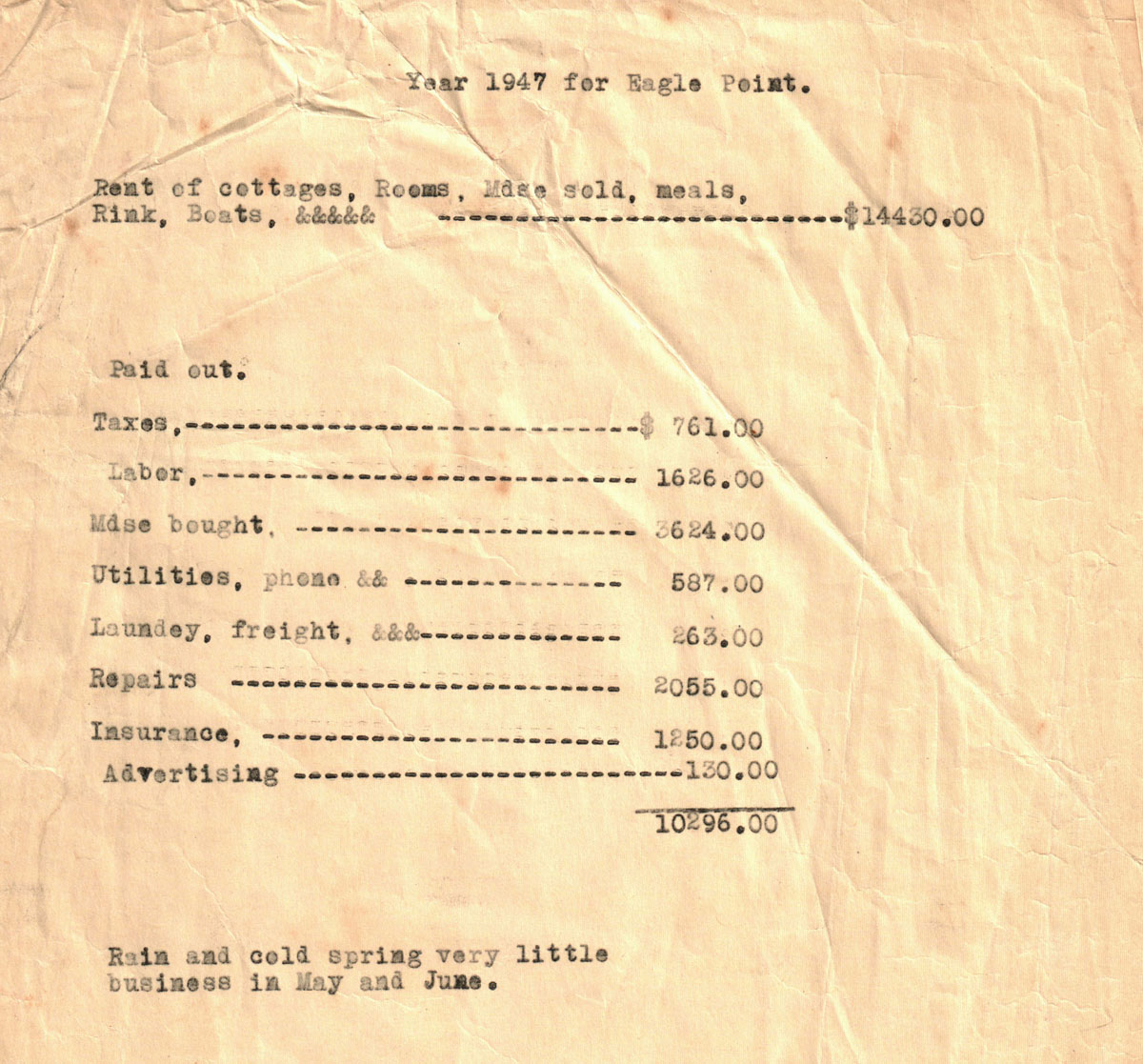 It’s safe to say that Eagle Point has generated thousands of memories for those who visited it or lived around it. Many of those memories occurred during the years that Rollo Every owned and operated a resort on Eagle Point that offered a hotel, restaurant, dance pavilion, a bowling alley, later a roller skating, shooting gallery and more.  But did the business generate a suitable income for the owner?  Did he make or lose money?  Recently an income statement attributed to the Eagle Point resort was uncovered that illustrates how things went in 1947.

It’s unlikely that fun-loving visitors thought very much about the business side of the Point.  But anyone who has run a business, even for a short time, quickly becomes aware of how important it is to return a profit, even at Clark Lake.  Without it, you don’t stay in business for long. 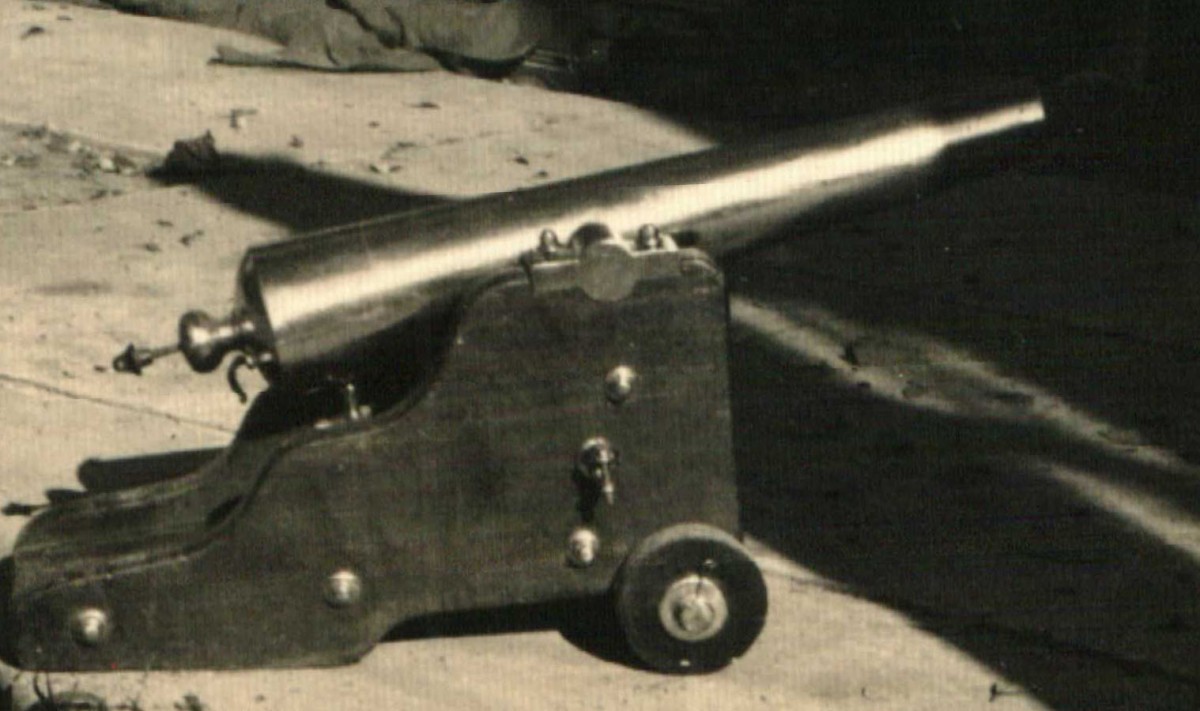 Much to the delight of all Clark Lake kids, Rollo fired his cannon every Fourth of July. Not known if it was a “business expense.” But it certainly was fun. Photo courtesy of Ella Sharp Museum