One Lakeview West resident was surprised.  “Where is the sign that lists residents at the corner of Lakeview and Jefferson?”  Once again it is being restored.  For the third time, Kelli Volk Bercik has assumed the task of repairing this Clark Lake landmark.  The last restoration took place in 2016, (to read about it, please click here).  When it last stood at the corner earlier this month, here’s what the new in 2016 sign looked like. 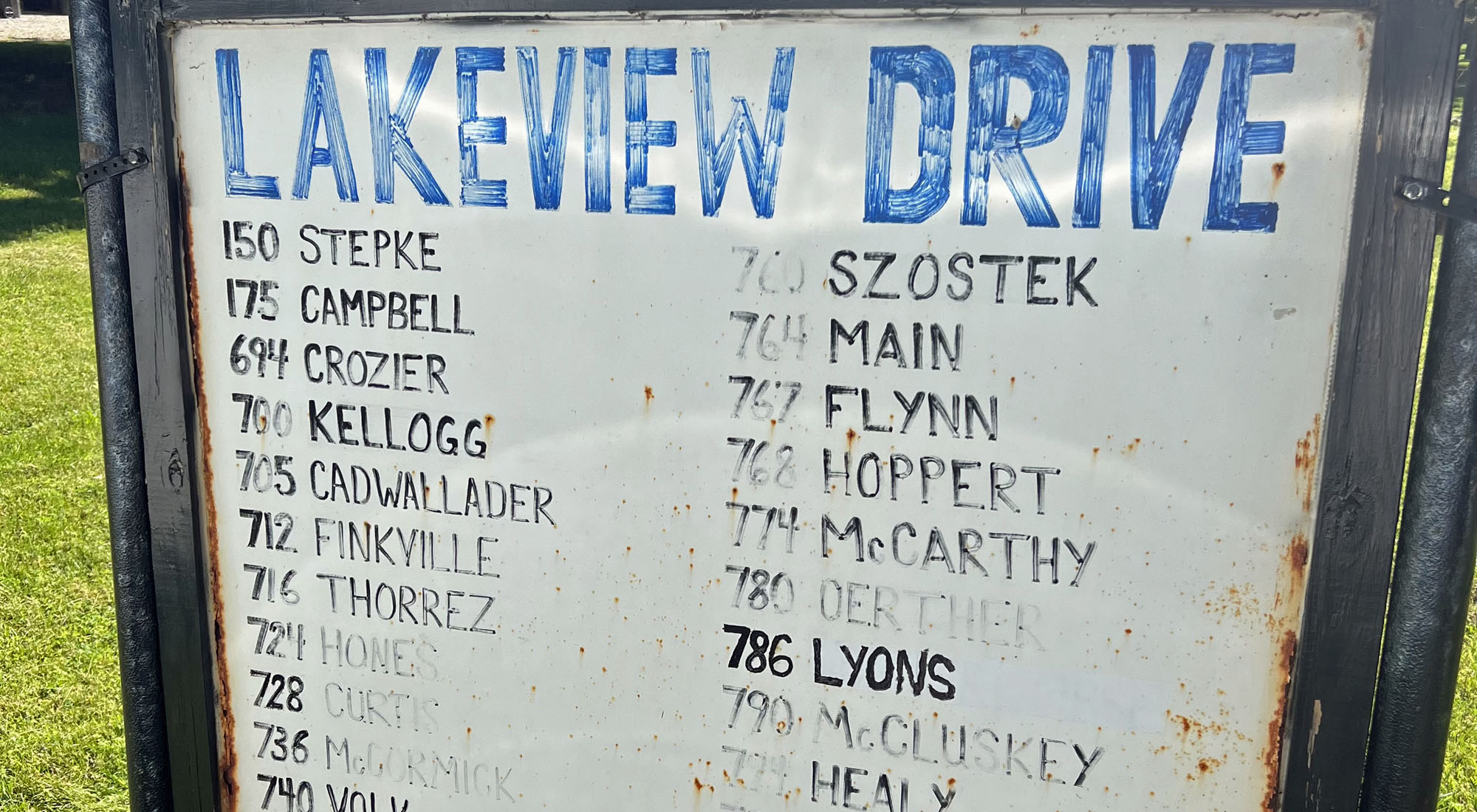 The 2016 restoration was actually a replacement.  The sign it replaced was in such rough shape that it couldn’t be saved.  Michigan’s ever changing seasons can be tough to survive.  As with many lake artifacts, the retired sign is stored away in a garage.  When it came time to replace the sign in 2016, the first step was to replace the metal on which names were lettered.  Tucker Boyers contributed the cold press steel and delivered it. Then came the painting.  Kelli’s kids were involved–Alex, Brooke and Caden. Hardware was purchased and the sign was returned to its traditional place at Lakeview West and Jefferson Road.  Neighbors contributed to cover the cost of materials.  When the job was done, unused money was donated to the Spirit Trail. 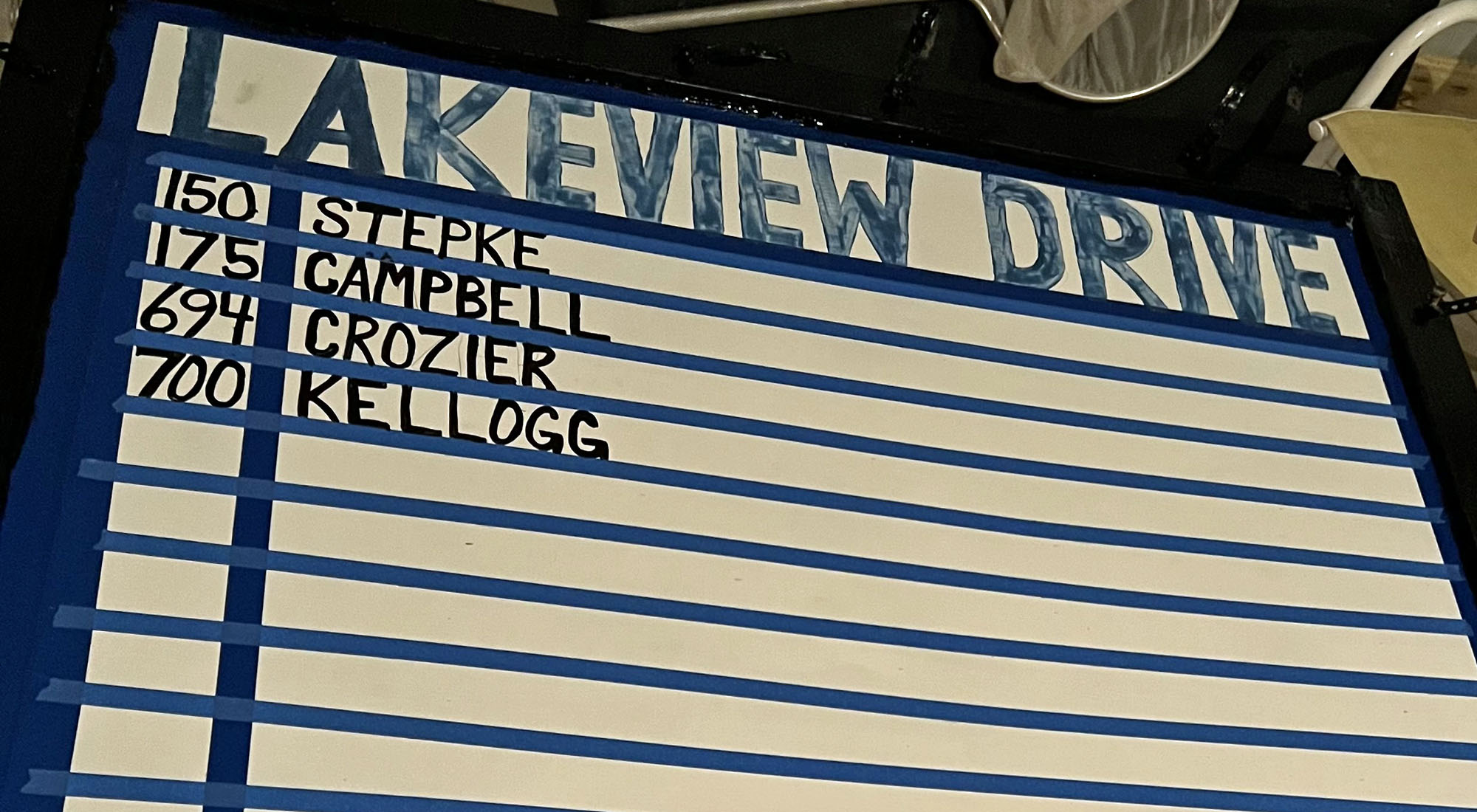 The current restoration started last week, and will be completed when Kelli and her family return to the lake in August.   Kelli’s mom lives at what has become the family gathering place.  Kelli says coming back to the lake is “like a Hallmark Movie for me…seeing friends I grew up with is a pure joy.”  Indeed, you find that same sentiment echoing around the lake.

Here’s what the newly completed sign looked like in July 2016, just after being placed at the corner. 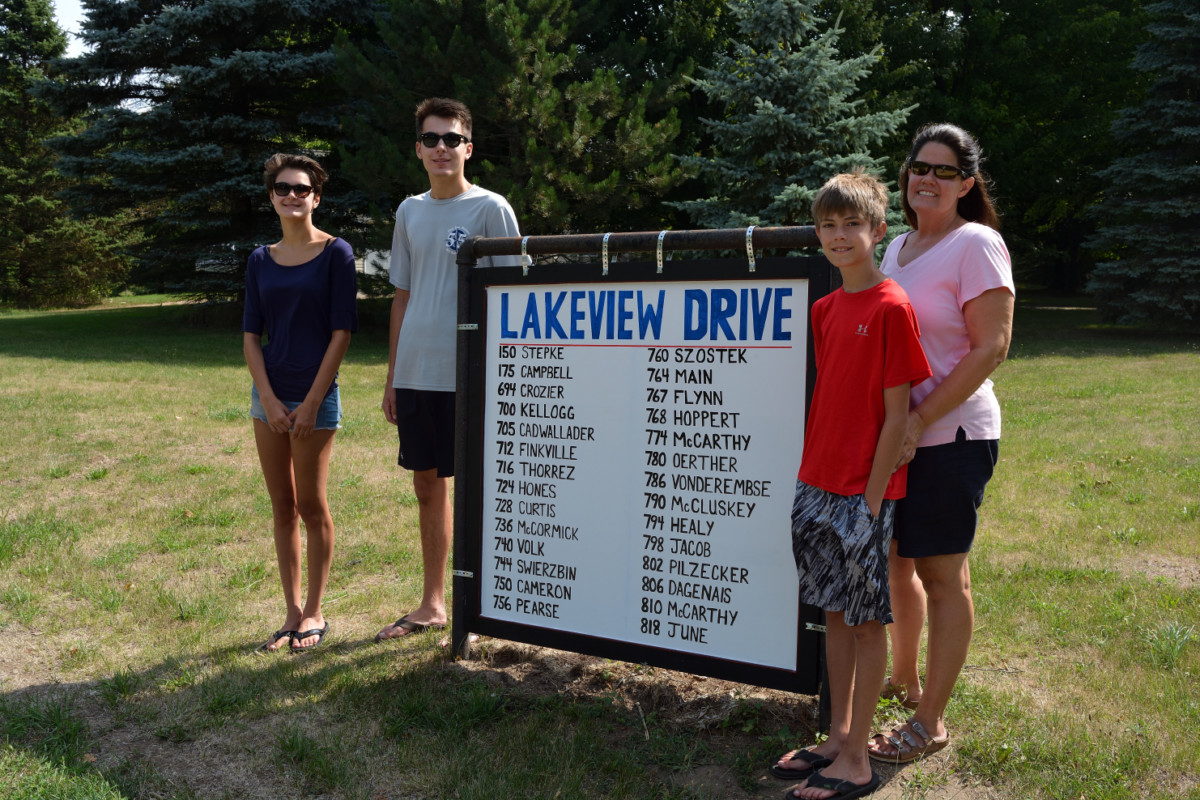 Kelli points to the stability of the neighborhood.  Since 2016, only four names out of 28 will change.  And one of those was not based on a property sale, as the house stayed in the family.  Meredith Szostek passed away in October 2020.  The name of her son, Gerald Burns, will take her place on the sign.  Most will remember that Meredith barely escaped a fire that destroyed her home.  To relive that close call, and to hear it put in words by Gerald, please click here.

The Lakeview sign is the last remaining reminder of a lost Clark Lake tradition.  Several neighborhoods around the lake had signs like Lakeview’s, but no more. 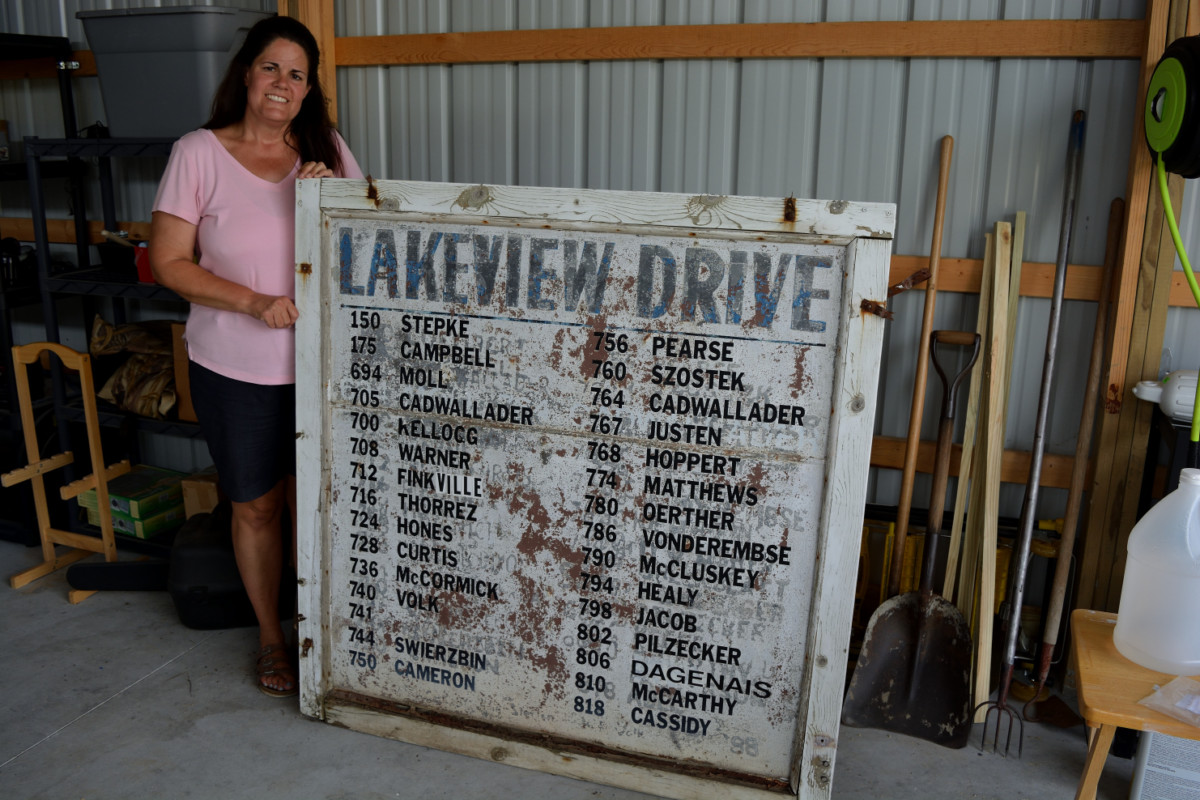 Below is the sign that preceded it.  Its whereabouts is unknown. 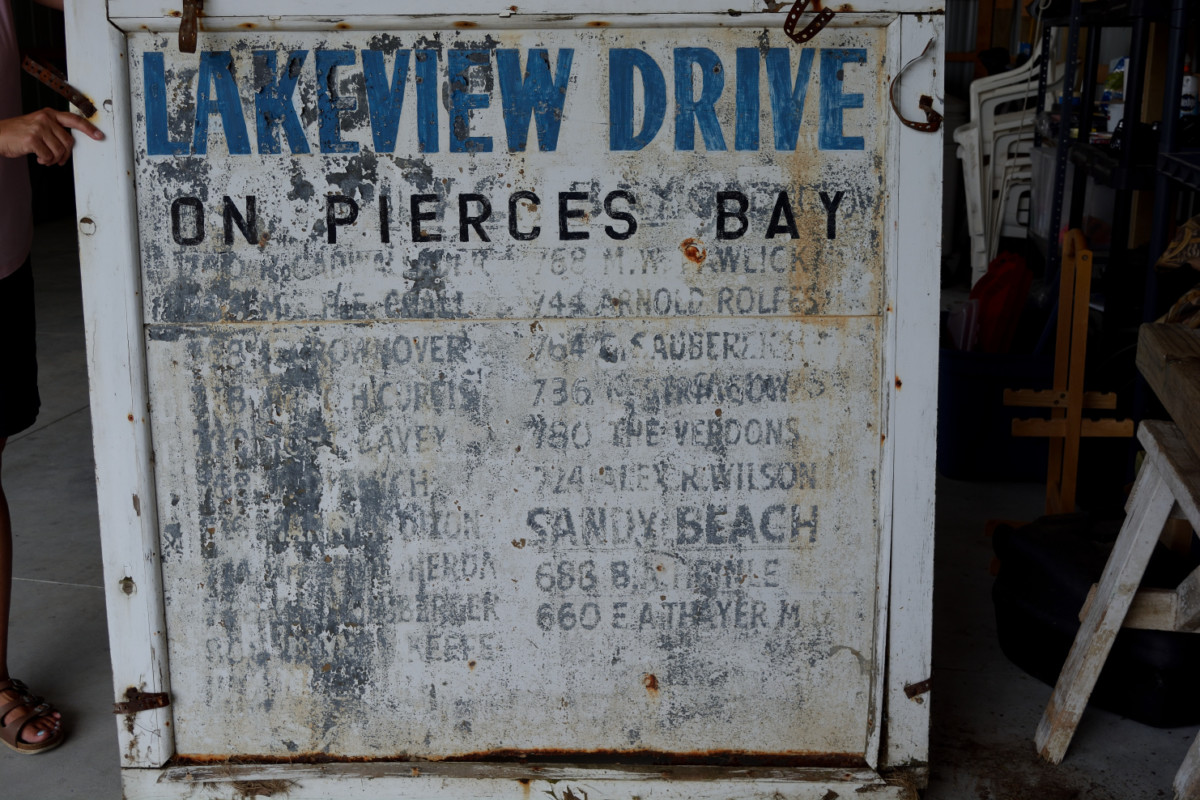