Sunshine and warm weather mean Raft-O-Rama is also on the way.  This year’s theme is Landmarks and Amazing Places.  The committee met yesterday going over the many details associated with the big event. It’s not too soon to plan your entry for the Sunday, August 7th, event.  Kenny Eitel is holding a beachball imprinted with the theme. 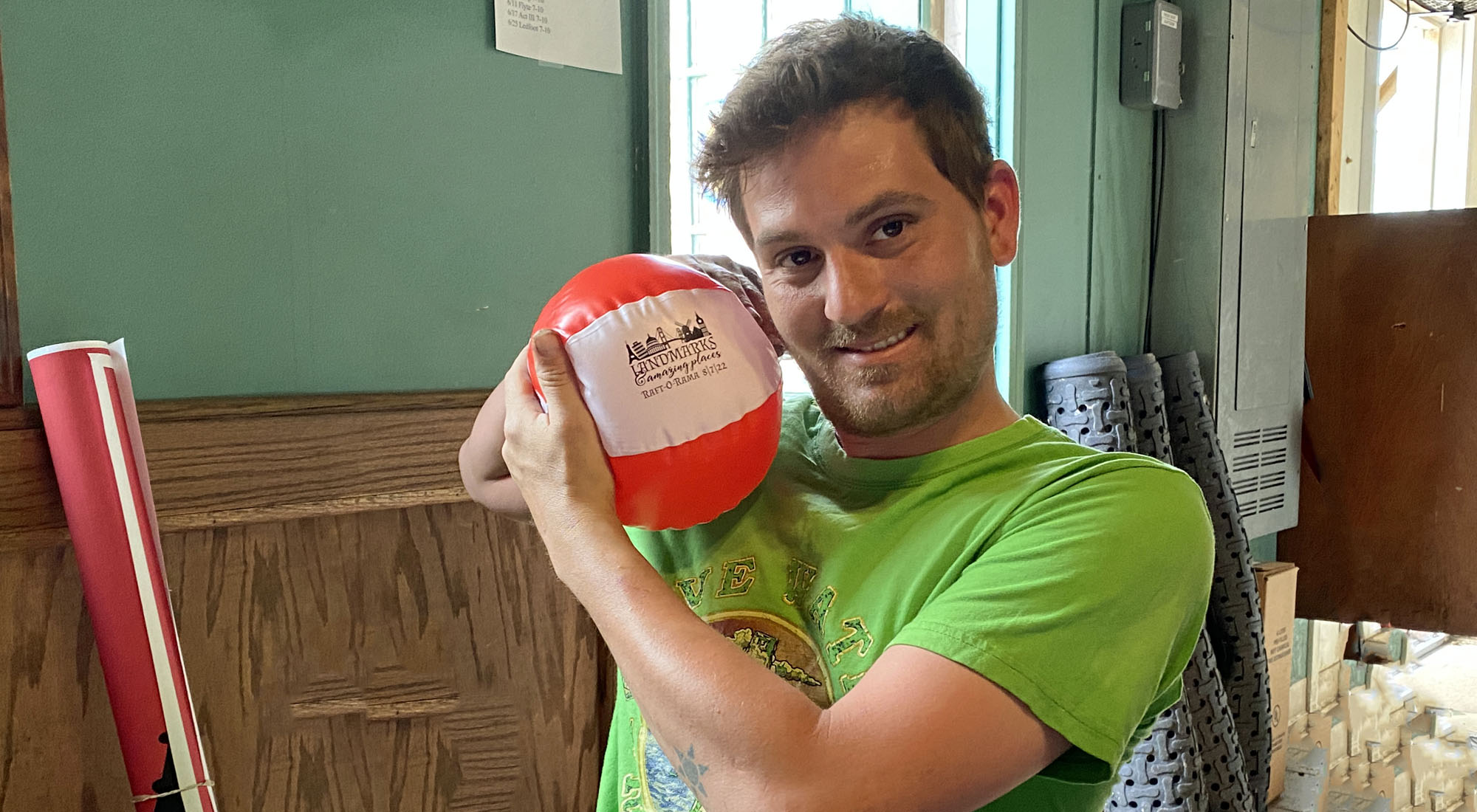 The beachballs will play a role in the Biggest Little Parade on Memorial Day, Monday, May 30.  The committee and some others will ride a decorated raft in the parade and toss the balls to the fans along the route.  Get ready to catch.

The parade, sponsored by the Clark Lake Lions Club, moves from north to south on Hyde Road and turns around at the Township Park.  On the way back, the parade pauses at the Clark Lake Cemetery to pay respects to members of the military who fell in service to the country.  In the parade?  Assemble in the school parking log on North Lake Road before 8 am.

Last year’s Raft-O-Rama theme was the “Sixties”, and you’ll see some of the classic cars from that era in photos of last year’s Memorial Day parade.

Fans watch the parade on Hyde Road.  Here are photos from 2021.

The parade pairs the lightheartedness of summer beginning with the solemnity of the Memorial Day occasion.  You can get the feeling from last year’s video.


What else is happening with Raft-O-Rama?   After the parade, the party begins at Eagle Point.  As you cast your vote for the People’s Choice Award, Joey D and the Small Bar Superstars will provide the wall of sound.  Fun for the kids will also be part of the action. As the event approaches, more details will be on the way.  For now, take a look at last year’s good time.

Check out the awards from 2021 by clicking here.