Natural gas fuels our furnaces, and can be highly combustible under certain circumstances. So when the characteristic odor is in the air, taking action makes sense.  That’s what happened in the area of two cottages along Eagle Point Drive on Sunday.  Consumers Energy crews arrived and started their investigation.  They found the source to be one of the lines that branched off from the steel pipe that is buried along the road.  CE replaced the copper tubing with plastic, which is now standard. The work continued through Monday. 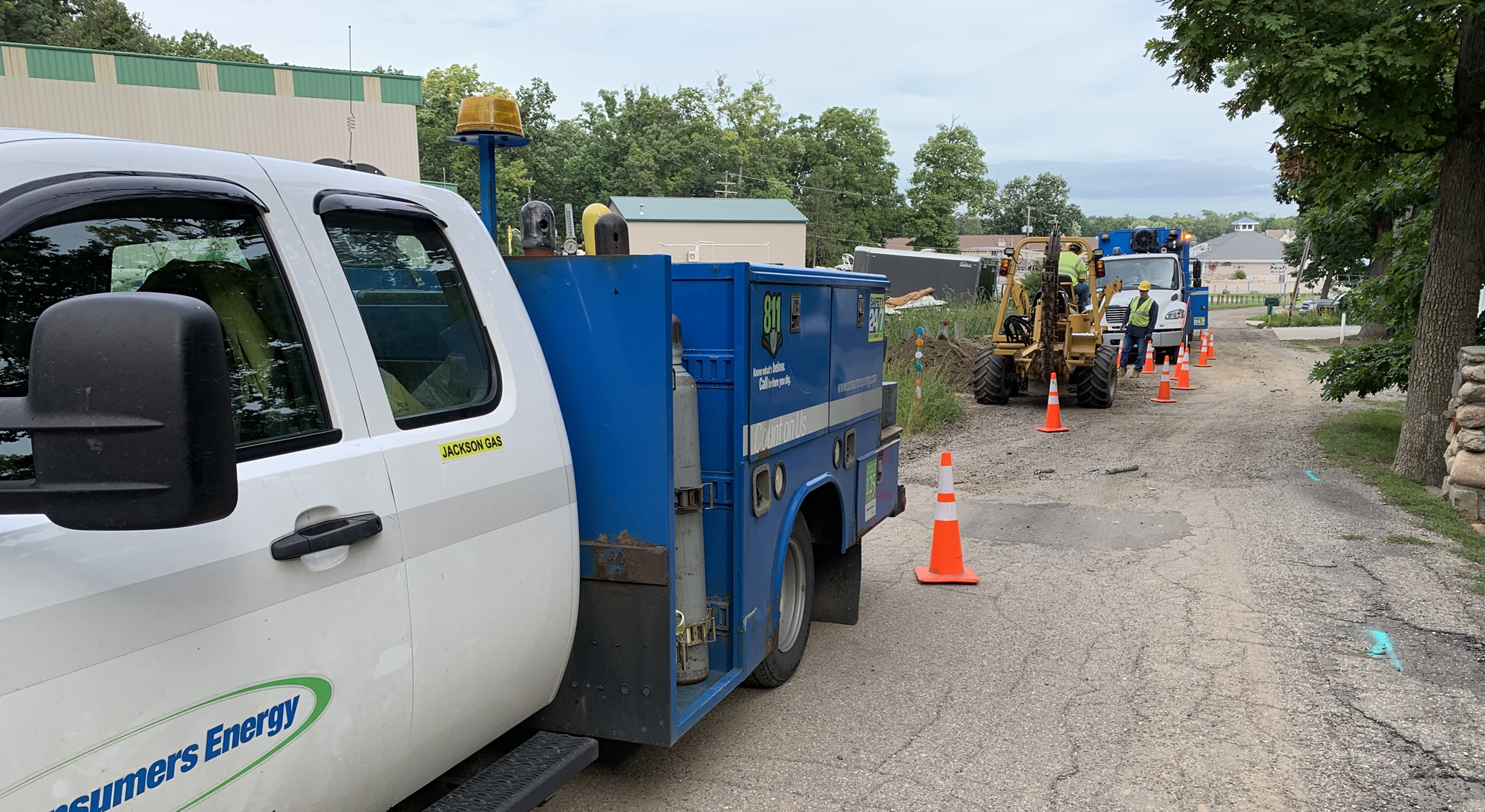 The Brooklyn DPW also arrived on the scene on Sunday.  It’s possible that natural gas can migrate to the sewer system, and they were to check that out.

Gas can explode if it is trapped in enclosed spaces and is somehow ignited.  Some at Clark Lake will remember how the laundromat on Vining Street met its sudden demise in an explosion due to a leak.

Several other leaks have occurred in recent years at Clark Lake, including these (click to read the stories).

If the gas leak is underground, why do you smell it in the air?  Terry DeDoes, senior public relations director for CE, comments “gas is lighter than air, and can make its way to the surface from an underground break.”  He adds that if you smell gas, you should contact CE at once—(800) 477-5050 or call 911.