The Fritzi Golf Outing is a chance to show your game and support a worthwhile cause at the same time.  And, of course, it’s all centered around Clark Lake.

The outing honors the memory of Fritzi John.  Fritzi, who passed away in 2007,  was an important part of the Beach Bar crew for many years.  She may no longer be part of the team, but according to at least one person, she is not gone. Lisa Kimble-Lowe, who herself worked there when 18 or 19, is a “sensitive”, someone who feels the energy and spirit of those who have passed on.  Lisa says there is lots activity of this kind at the Beach Bar, particularly in the area between the bar and the tree.  “Fritzi Johns,” comments Lisa, “is among them.”  What’s more, “Fritzi is upset because she can’t understand why people don’t respond to her when they enter the restaurant.” So some, including Lisa’s mother, Pam Chmiel, make a point of saying “hello Fritzi” upon arriving.

Fritzi’s sister is Mary Johns who continues to play an important role at the Beach Bar, including leading this fund raiser.  She commented that when something went amiss at the Beach Bar, like door not locked, Fritzi would blame it on the spirit of Tom Collins.  Now, says Mary, goof-ups of unknown origin are attributed to Fritzi.

Here Mary Johns is with Andrew Lajdziak, winner of the long drive award. 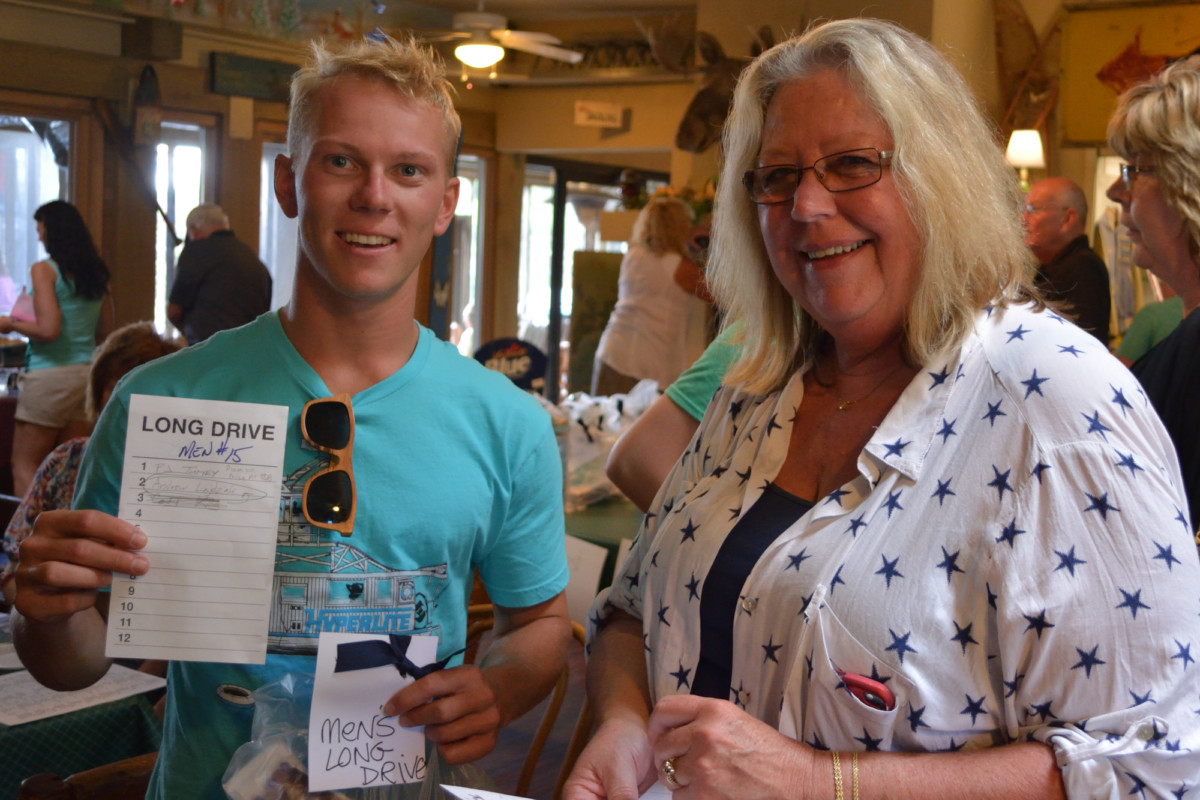 If Fritzi observed today’s event, she must be pleased. The golf contest at Hill’s Heart of the Lakes, plus the silent auction at the Beach Bar, attracted a group intent on supporting the cause.  The event generates scholarship dollars for Beach Bar employees to further their education. This year’s scholarship recipients are Tim Armstrong and Julia Lum. There was a special connection between Fritzi and the young people who returned every summer to the Beach Bar.

There was also a strong connection on this early fall afternoon with the after-outing celebration that included live music on the patio.


The Fritzi Scholarship fund has awarded over $13,000.  Monetary donations can be made to Fritzi Johns Memorial Scholarship Fund, PO Box 156, Clark Lake, MI 49234.

About 5 pm today, John Menard was sitting on Fritzi’s bench and took this photo. 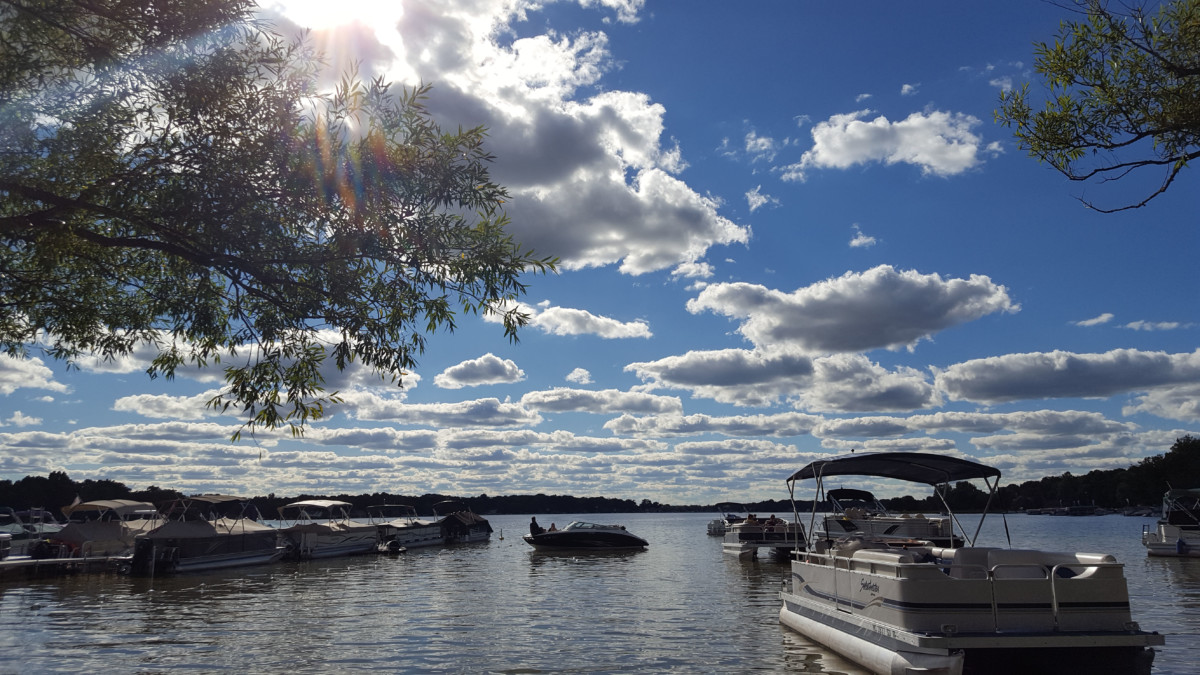