Yesterday (Tuesday 3/9) this website featured a photo of BJ Lyons’ dock with four sections in the water.  Further investigation reveals some other early efforts of making the best of the friendly, spring-like weather.  On Monday, Joe Rumler, put one section of dock in front of his place on North Shore.  Says Joe, “the weather is good and you got to have at least some access.”  And not far from BJ’s location at the lake, Michael McCarthy was busy too.  Michael says he put the “dock and Hobie rack in the lake on Tuesday and followed up with the boat lifts and Boston Whaler on today” (Wednesday 3/9).  He may be the first to have his entire dock and array of boats in the lake this season. 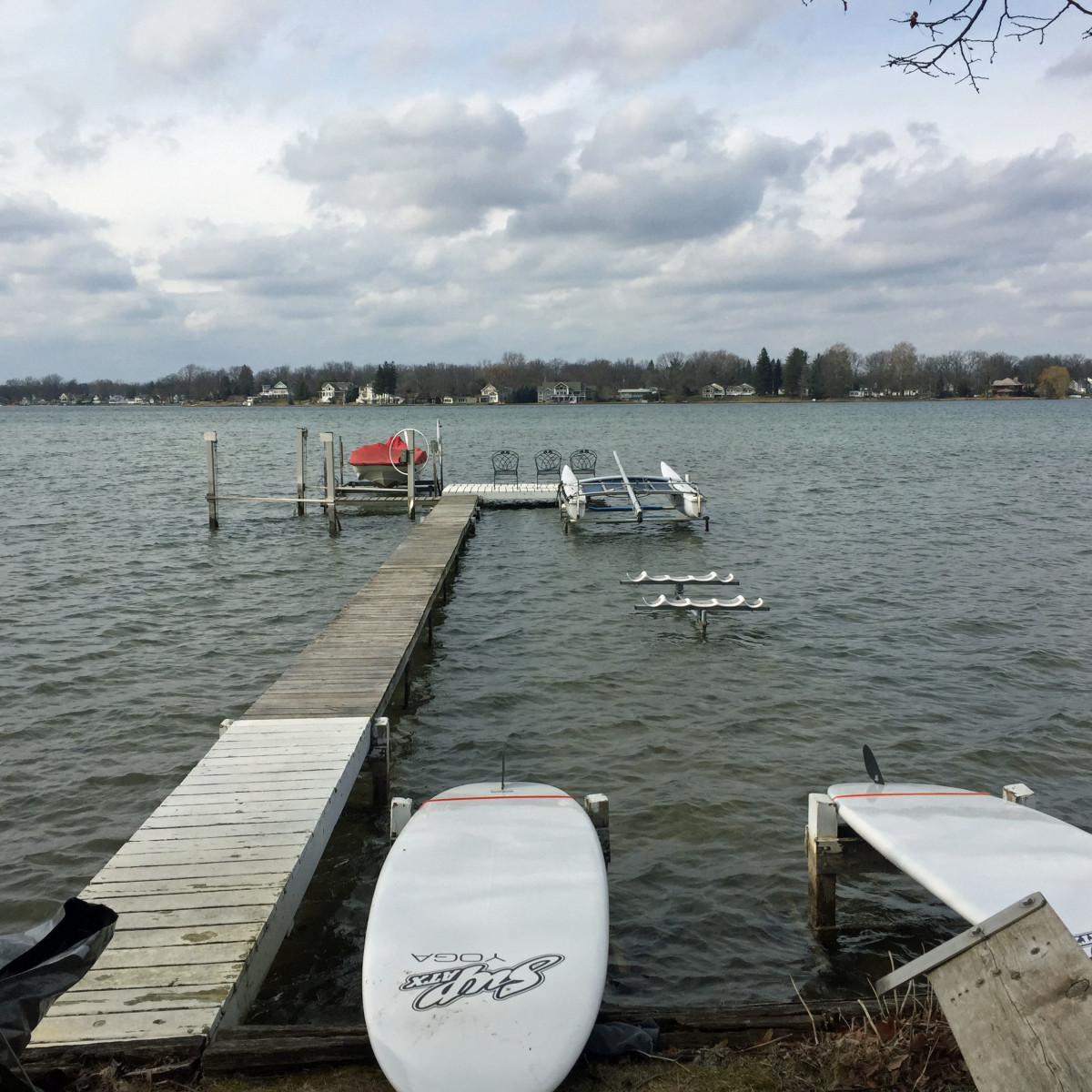 Before their boats were in on Tuesday, Kristin Johnson tested the water on one of the paddle boards. 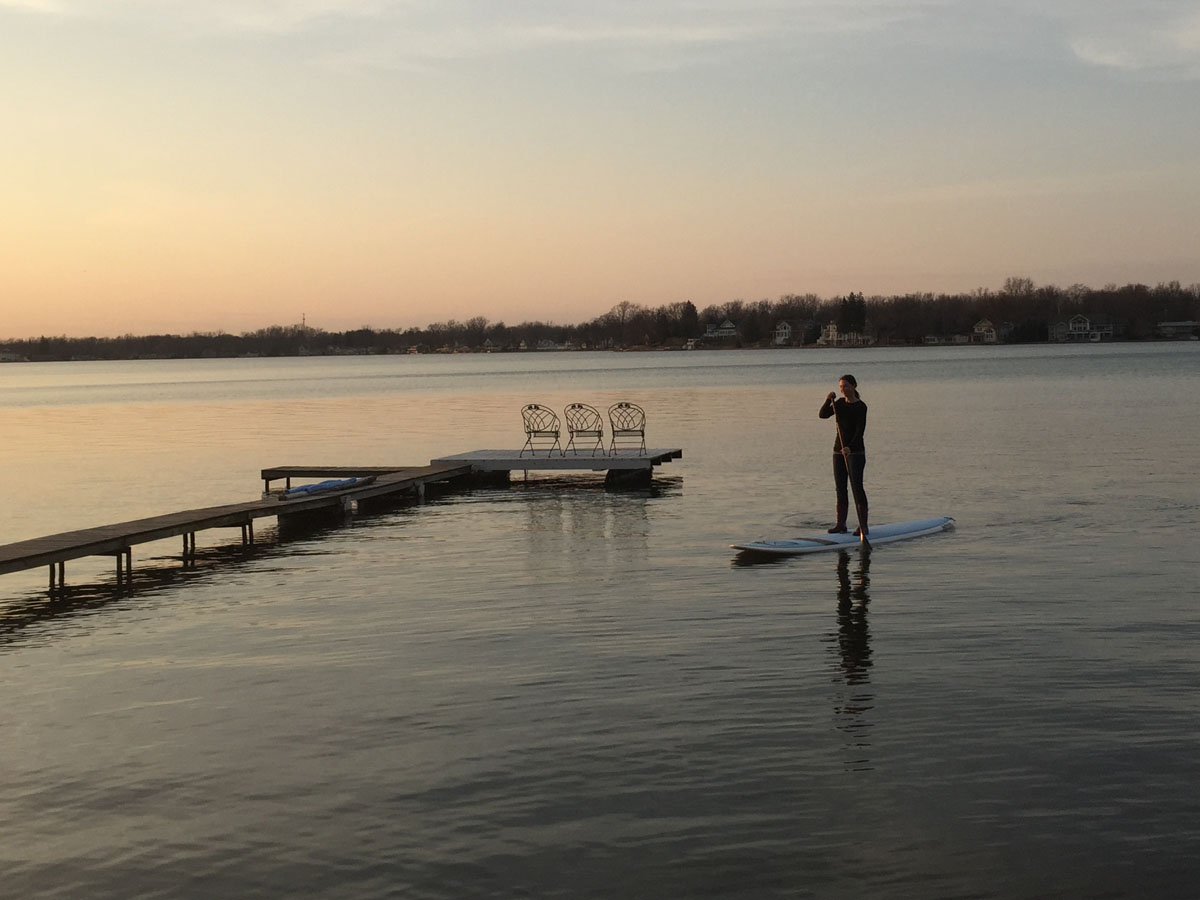 No one is claiming to be in the water without waders. According to BJ Lyons, the water temperature today was 50 degrees.  It wouldn’t take long to notice that on bare skin.