After barely escaping a fire that destroyed her home, friends came to Meredith Szostek’s rescue.  When neighbor Kyle Main saw her house in flames, he rushed to find her crawling out her front deck.  He helped her out of harms way, and then others came to her aid. Since then, the outpouring has not ceased.

To lose everything in a house fire is devastating.  Now several weeks later, Meredith is in good spirits.  She’s currently staying with friend Don Hallas.  He reports she has received many gifts of clothing and is well taken care of.  Now, the focus is on planning next steps for her property. 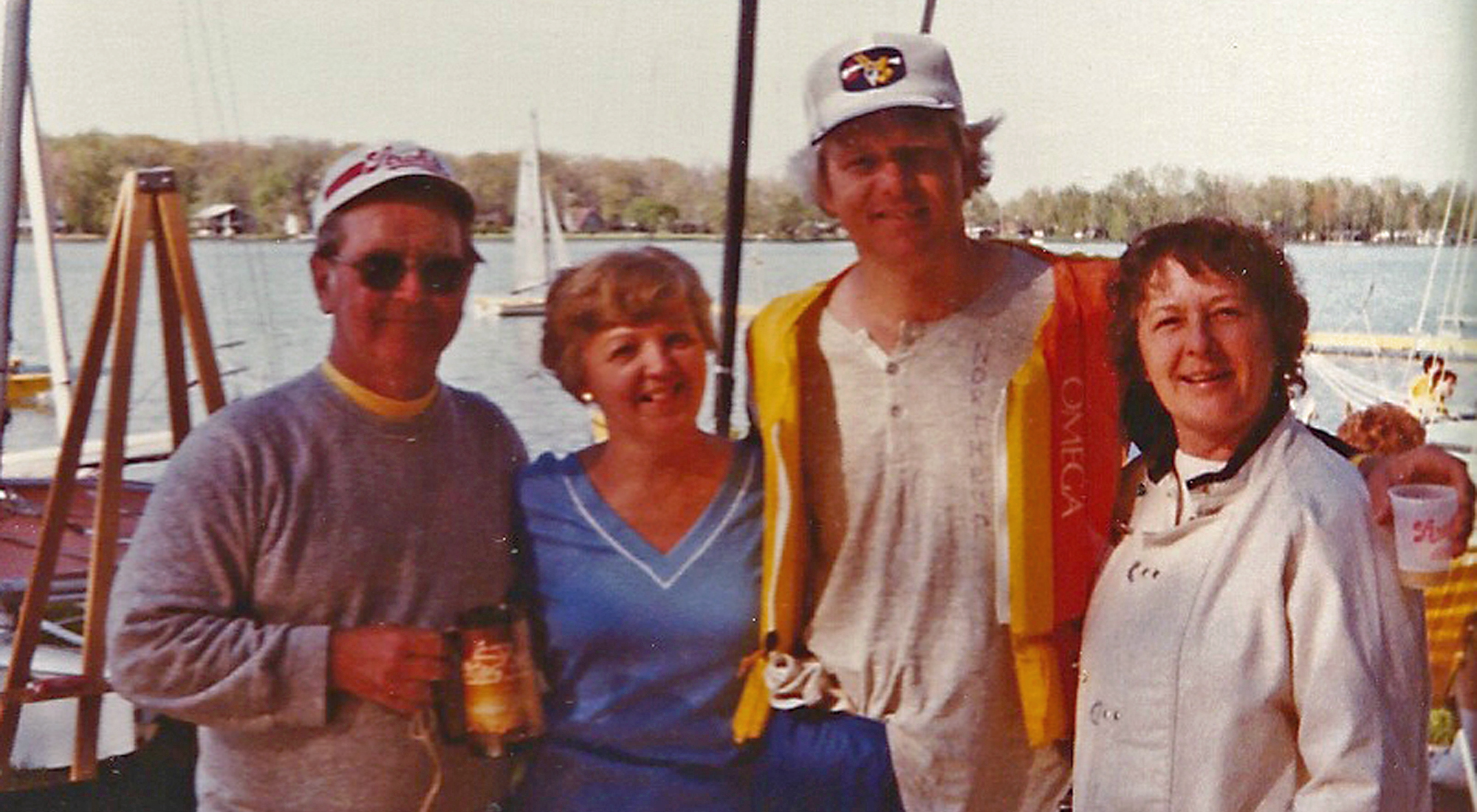 Meredith is known to many at the lake.  She was heavily involved in Fleet 58 during its heyday.  She also is on the Spirit Trail committee and a member of the Pine Sliders Shuffleboard league.  In this short video, you’ll see Tucker Boyers at the 2017 men’s championship playoff.  Pam Chmiel and Meredith offer their commentary after one of his shots.  The video concludes with a photo of a plaque that was presented to Meredith in 2013.  It currently hangs over the long board at the Beach Bar.

The night of the fire, there could have been another.  As the Columbia Township Fire Department began to dismantle their equipment and pack up to leave, they noticed small puffs of smoke intermittently exiting the soffit of the Main’s house next door.  At first the source couldn’t be located.  Fire Chief Scott Cota said the crew pursued it and entered the attic.  Crawling on the rafters, they found some cellulose insulation that was glowing, but not enough to catch fire itself.  It was a threat.  Had not the situation been remedied, the insulation could have ignited parts of the house that would turn into flames.

This video includes morning after photos, and then recaps what occurred the night before.