Saturday at Clark Lake was action central.  The Polar Plunge had participants “freezin’ for a reason at the Eagle’s Nest” at 2 pm.  The Fallen Outdoor fishing tournament started much earlier and in even a more frigid chill of 6 below.  That didn’t scare 41 veterans away.  Assembling at the Clark Lake Yacht Club, the competitors spread out to where they thought the fish were wintering.  As it turned out, some scored big as you can see in the slide show.

In first place was Jordan Nash with a 32 inch pike.  In second was Ron McCrum with a 31 incher.  First place prize was a $300 ice fishing coat, and second place, Lowrance Garmin Striker Fish Finder. 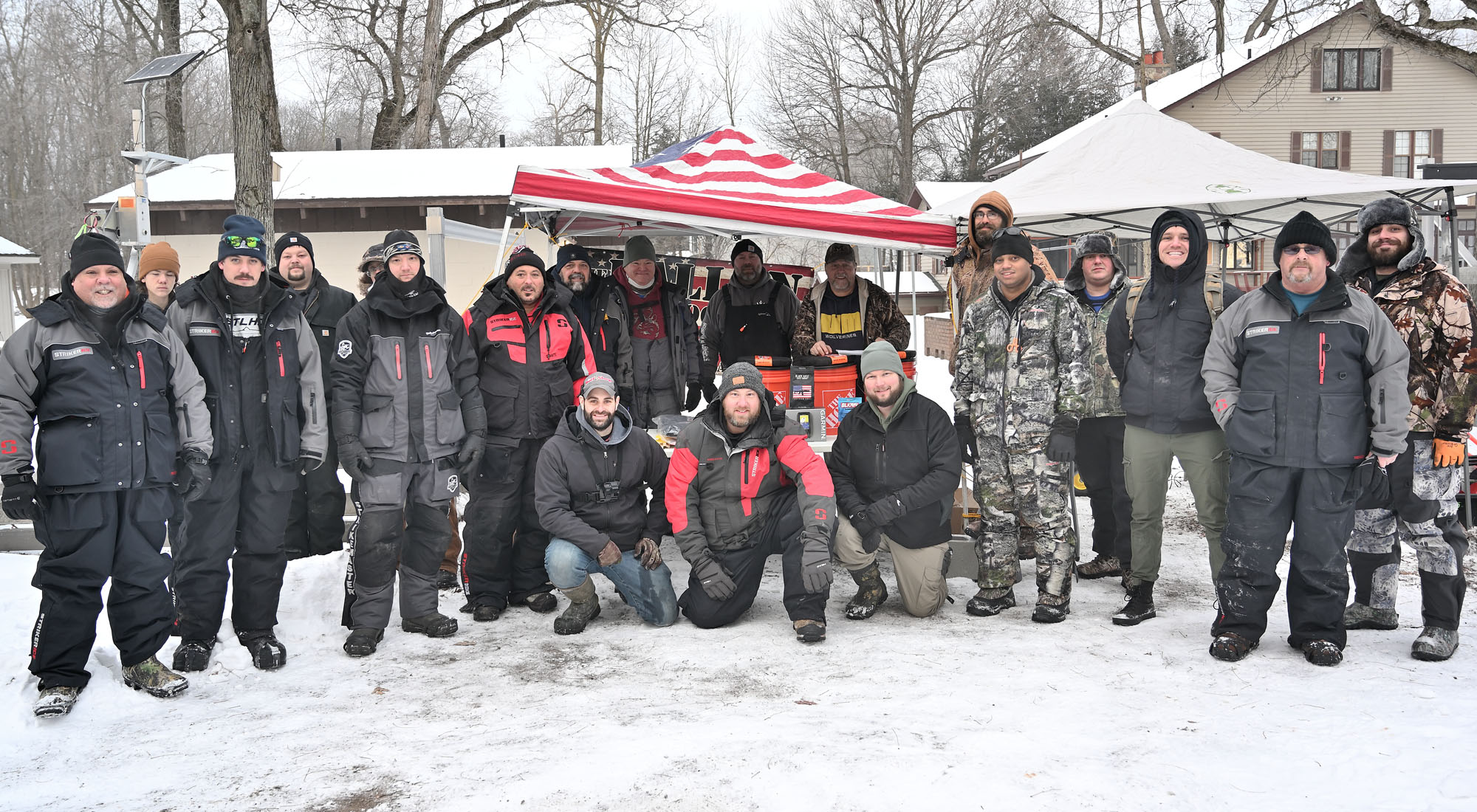 Organizer Ron Smith thanks the Clark Lake Yacht Club for their second annual Clark lake veteran ice fishing tournament.  “Without you we wouldn’t have a place that we can call our own yesterday.  Forty-one veterans showed up for our ice fishing tournament.  Lots of fish were caught.”  He also highlights the camaraderie and the friends that were made.  Ron says “next year will be the third annual, and I am happy to say I have already started on making next year even better.” 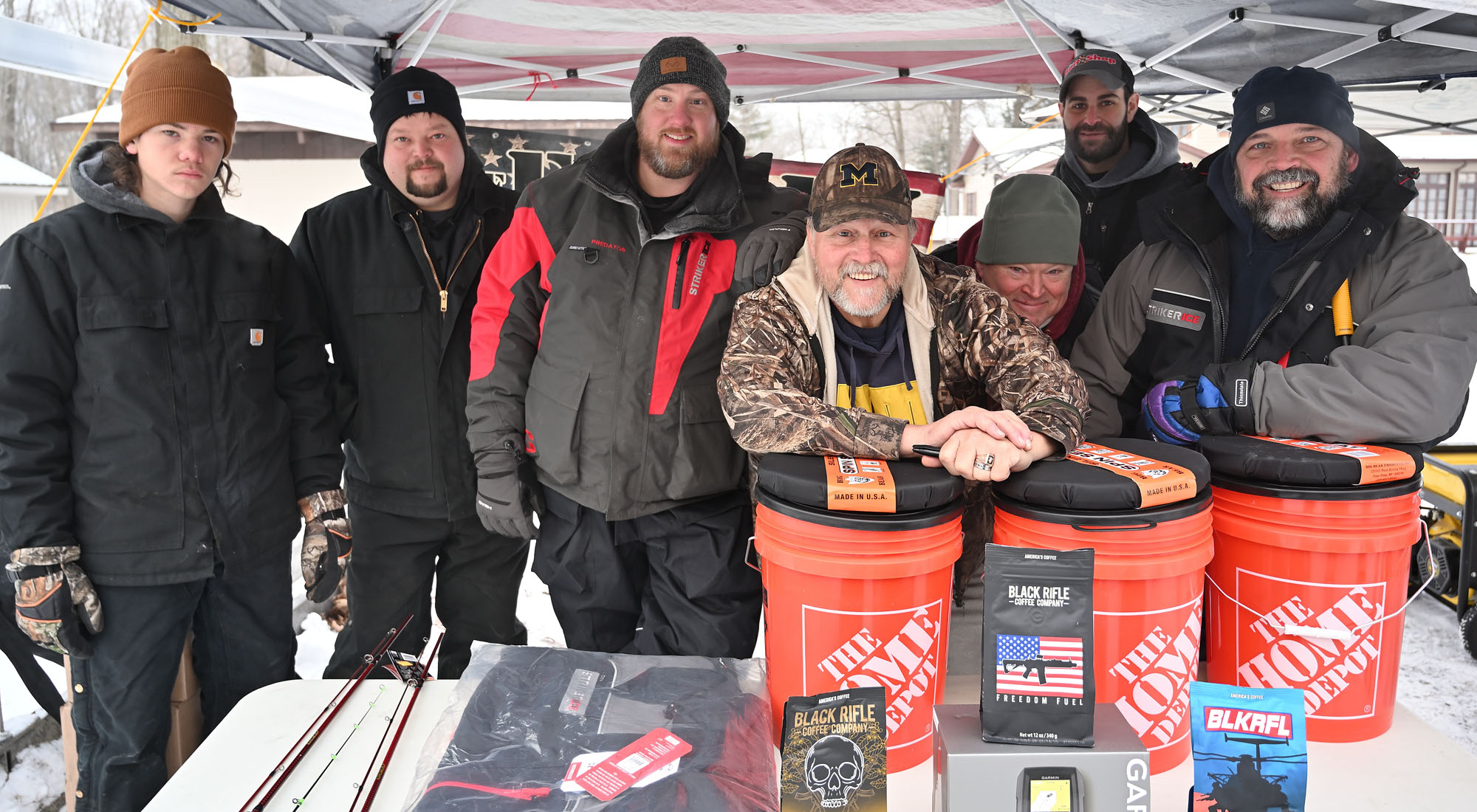 Ron Smith comments that everyone went home with a prize. 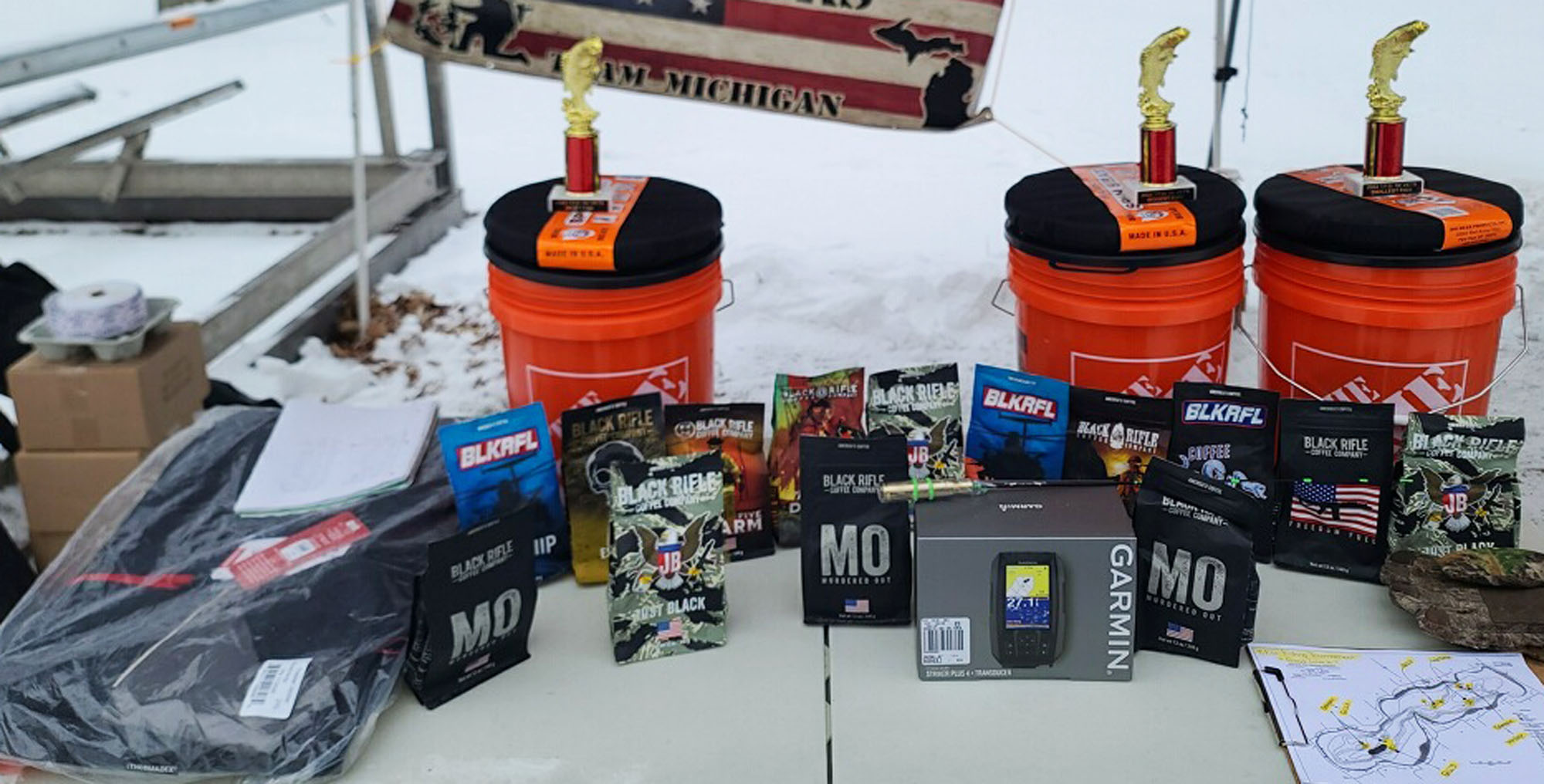 Fallen Outdoors serves veterans, and chapters can be found throughout the country.