Eagle’s Nest–When Will It Open?

Blair also owns Lucero’s.  That’s where Jorge Orozco earned his Clark Lake cred through the successful launch and staying power of this highly popular restaurant.  Jorge’s managerial role has expanded to the new Eagle’s Nest, as well.   If you know someone who would be interested in joining the Eagle’s Nest team, he or she can reach out to Jorge via 1orozco@comcast.net.

Blair and Jorge’s timeline looks like this: assemble the staff starting June 23rd.  As they bring in supplies, they will train the staff, and perform test runs.  Blair and Jorge set July 12 (on or about) to open. Stay tuned. When the date is finalized, you can find out about it on this website. 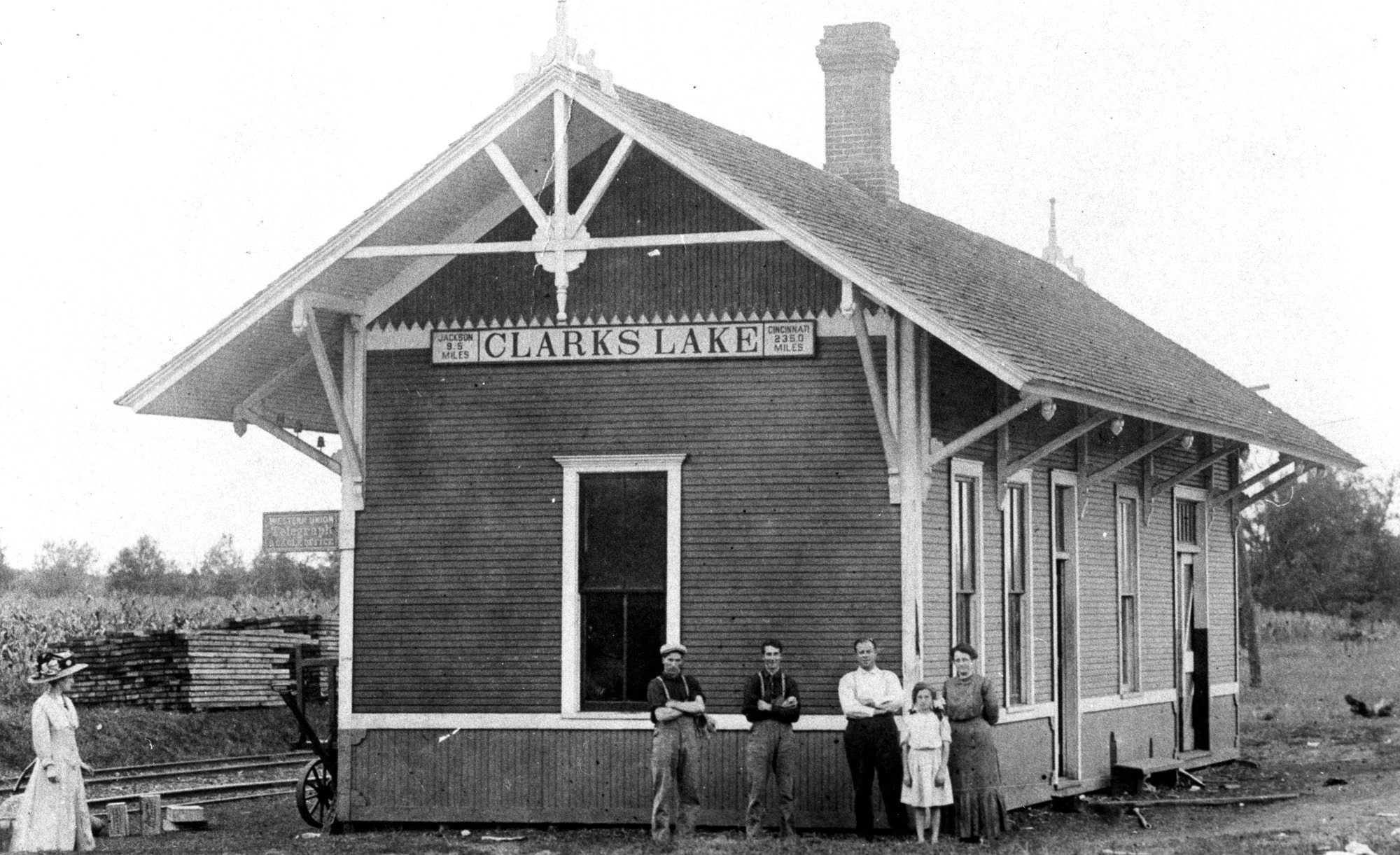 What’s ahead?  Guests will be greeted with engaging visuals, both new and old.  Here are a couple of examples.  Clark Lake’s history takes you back to the days when it was a rural/agricultural outpost.  The lake was a good place to water your cows.  That changed when Clark Lake became a passenger stop on the Cincinnati-Northern Railroad.  Clark Lake morphed from backwoods to a recreation destination.  Travelers arrived at the train station, caught a steamer, and disembarked somewhere on the lake for their stay. One of those spots was the Eagle Point Hotel.  It stood where the new Eagle’s Nest is today.  In a fitting tribute to Clark Lake’s history, the sign that hung on the Clark Lake train depot will now be proudly displayed for all to see inside. 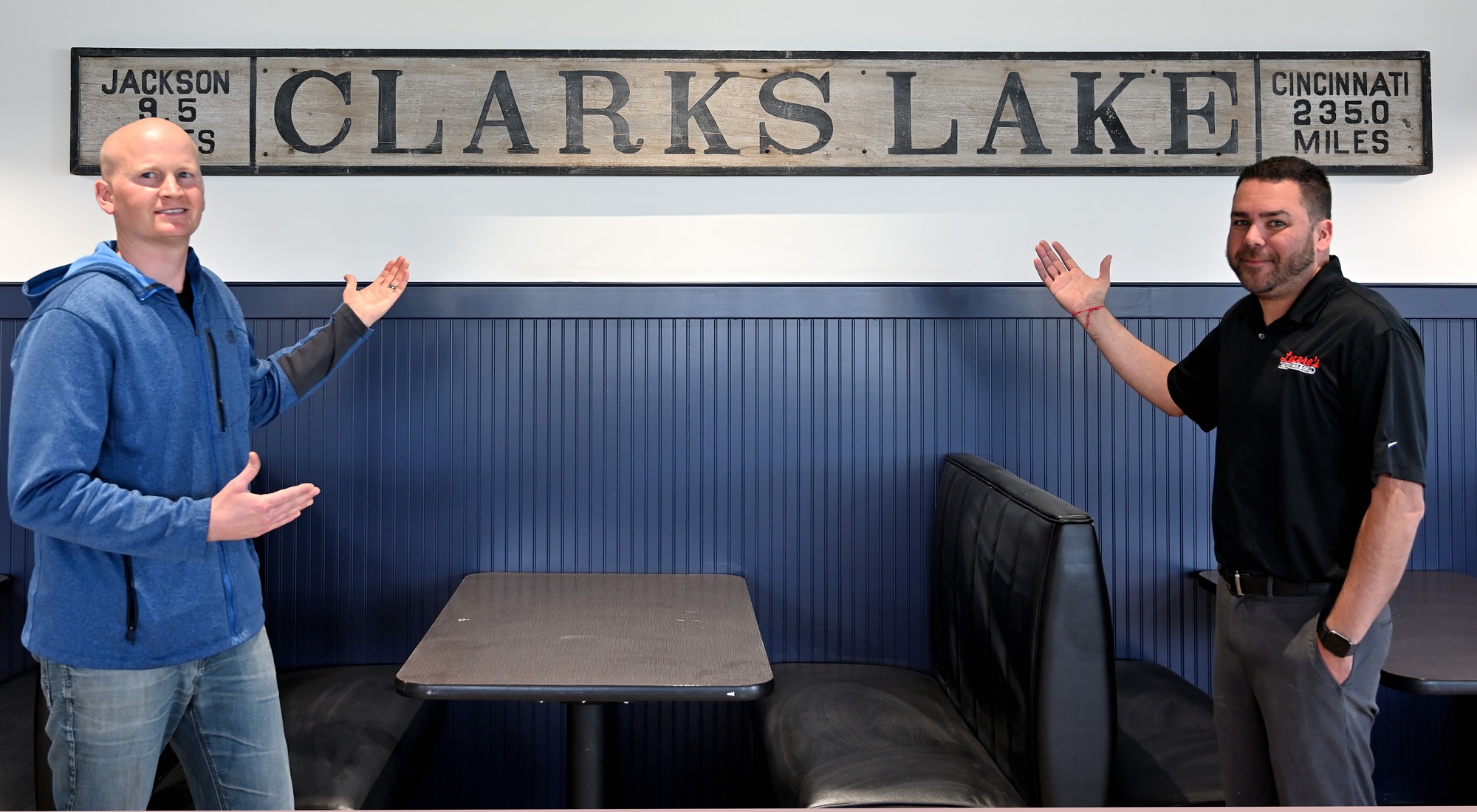 Other big changes await guests.  Outside, that includes the layout for lakeside dining. 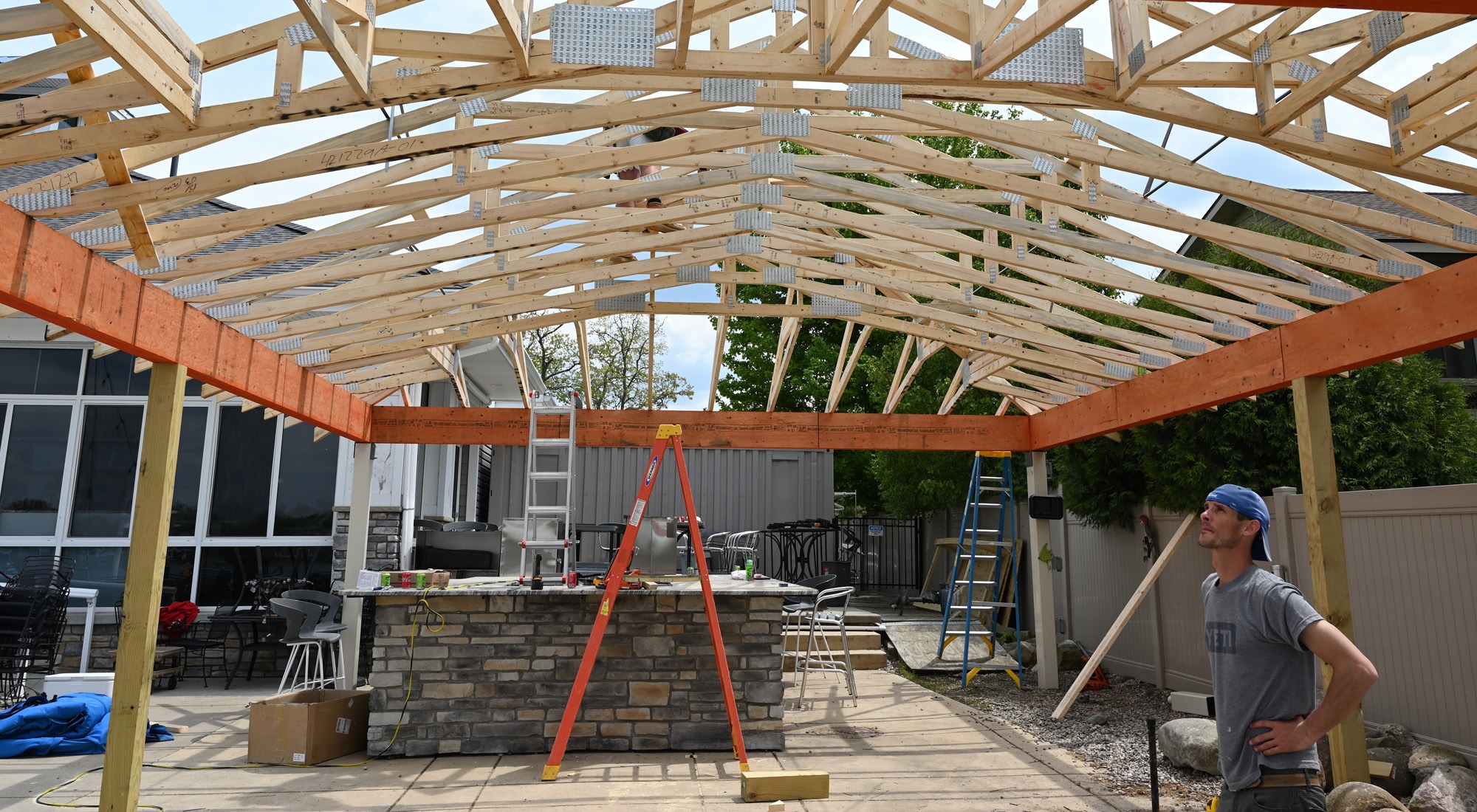 Showcasing the granite-topped bar is a new mural created by Freddy Diaz.  Here’s a sneak preview of the artwork.  The area around the display is still a work in progress.

The building’s new outside look was a achieved with a paint blend unique to the Eagle’s Nest.  Painter Josue Orozco gets the credit for the updated curb appeal.

The Eagle’s Nest name stirs memories of the long-gone, but well-loved restaurant at the Point.  You hear it said that many miss its familiarity, friendliness and informality. Blair Huff says the new Eagle’s Nest “to be a lakeside restaurant that all will enjoy.”  That means “if you arrived by raft and dressed for the ride, you will feel at home at the Eagle’s Nest.”

As mentioned in an earlier article on this website, the menu will carry that theme.  Along with a range of appetizers, you’ll find several varieties of 8-ounce Certified Angus Beef Steakburgers, served with fries or upgrades.  Entrees include the Certified Angus Beef sirloin steak, grilled salmon, shrimp or grilled chicken dinner, tortellini alfredo, and fish and chips.  Salads of various kind will also be offered. The menu includes kid’s fare and, yes, some tantalizing desert choices.

If you thought the previous restaurant was overpriced for what you got, Blair and Jorge want to change that.  In spite of today’s advancing costs, they want their price points to be in line with what you’d expect at Clark Lake.  Sandwiches start at 11.99, burgers at 12.99, entrees at 13.99, and appetizers at 7.99.  The final menu will be ready soon.