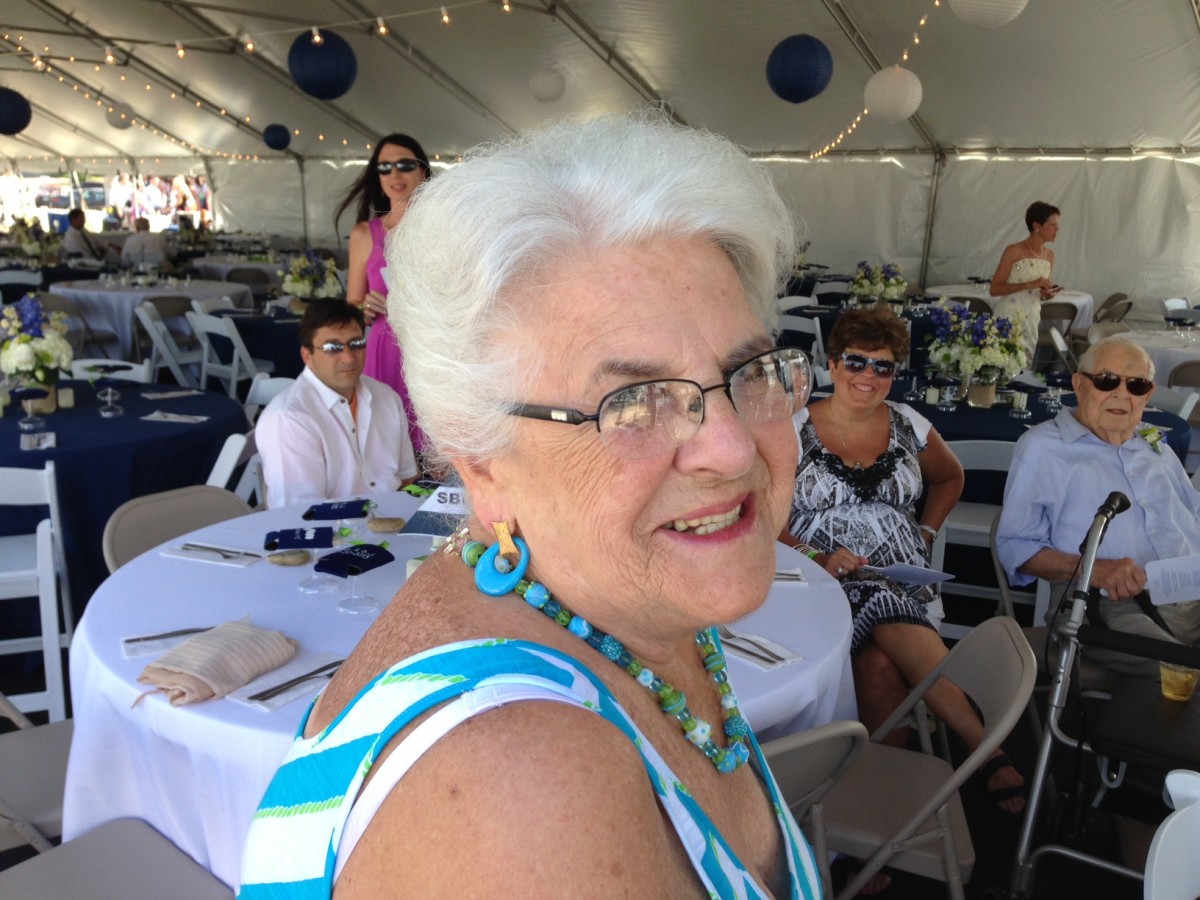 Dorothy Lyons at the wedding of her grandson, B.J., and Sally Dandar

Clark Lake has lost one of its own.  Dorothy Lyons passed away yesterday.

Dorothy’s life long love affair with Clark Lake began just three weeks after she was born. That’s when her feet touched our waters, as she explained in her My Clark Lake Story on this website.  (Click here to read it).

Dorothy’s family was from Toledo and spent summers at their cottage on Eagle Point Road. Back then, Eagle Point was a gravel road, the hotel stood on the Point, and famous big bands could be heard playing at the Ocean Beach Pier.   She cherished memories of roller skating at the Point, sailing, and riding on rafts. 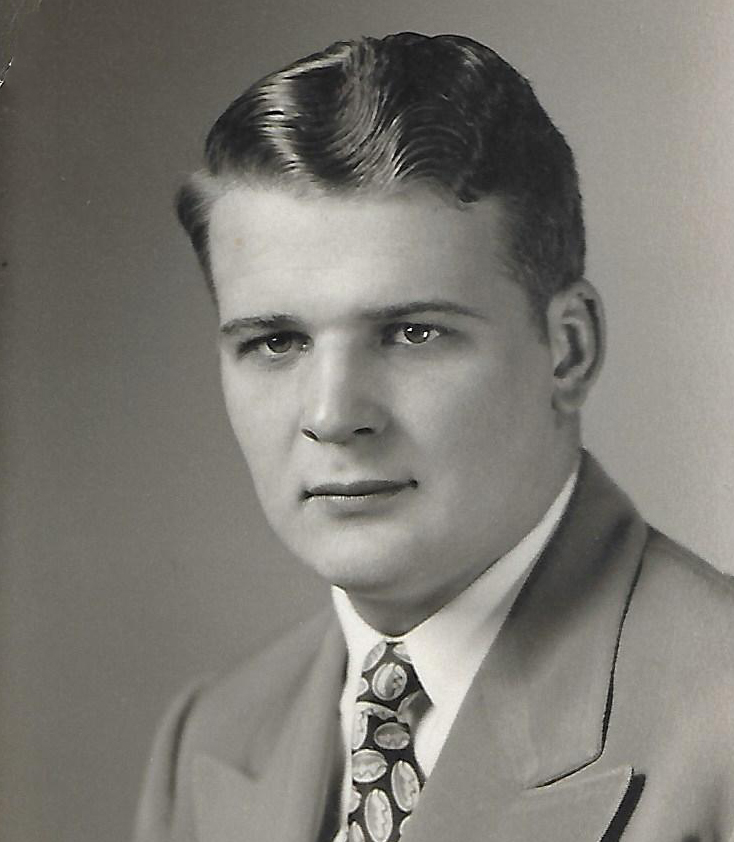 Like others, she found the love of her life at Clark Lake.  She married Roger Lyons from Jackson in 1952.  Roger became a dentist and joined his father’s practice in Jackson. Roger, Dorothy and their children, Roger, Barbara, and Bruce, grew up at their home in Jackson.  But summers were always spent at the lake.

After Dr. Lyon’s passing, Dorothy became a year around  resident of Clark Lake.  She sold their Jackson home, and started rebuilding here.  The cottage, known as Sunset Glen, was not winterized.  Acting as her own general contractor, she built a new home that she lived in the rest of her life.  Dorothy designed the home to accommodate regular visits by her kids and their families.

The slide show below illustrates the razing of the old structure and its new replacement.

Dorothy attended Ottawa Hills High School in Toledo and graduated from The Ohio State University.  With the rest of her family, she was a loyal University of Michigan fan for every game through the season, except one. 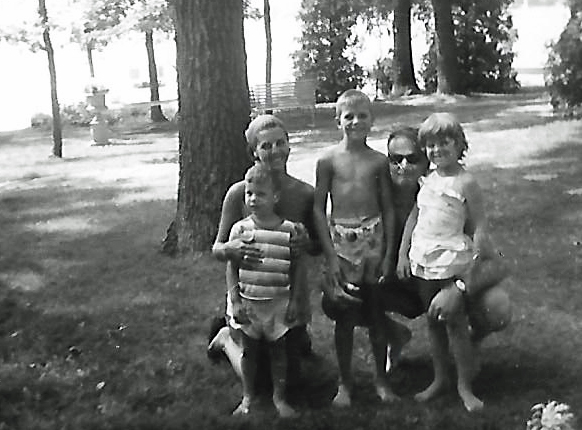 Dorothy Lyons leaves behind many family members–her elder son Roger and his wife Sandy, her daughter Barbara and her husband John Czyrka, her youngest son Bruce and his wife Carol.  She pointed out in her Clark Lake story how the lake played a role in how their own families developed.  “Roger’s son, B.J., married Sally Dandar, part of the Ligibel family (with a cottage next door).  B.J. and Sally now have a baby daughter, Blake Lemon, who also has Clark Lake in her DNA. Roger’s daughter, Kaci, married Andy Babineau.  Their son, Parker, their daughter, Peyton and two dogs, Murphy and Miles, spend serious splashing time at the lake. Barbara, married John Czyrka.  I’m happy to say that Barbara, John and their daughter, Cristina, spend lots of quality time here, too.  We miss Bruce and his wife, Carol.  They visit but now live in Chicago.”

A service will be held at St. Paul’s Episcopal Church on Friday, October 19 at 11 am.  Visitation will precede the service at 10 am. In lieu of flowers, the family is suggesting a donation to the Clark Lake Spirit Trail or Henry Ford Allegiance Hospice. 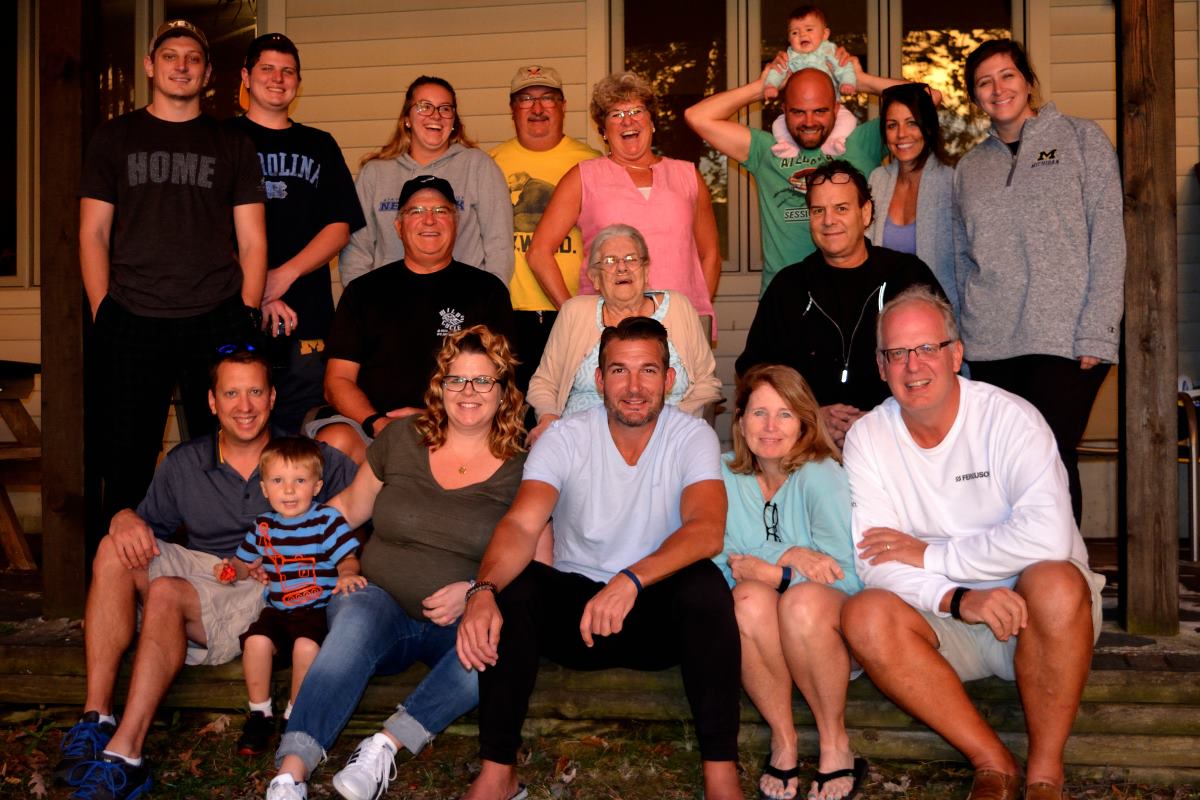