Last August, Jackson County residents voted to increase property taxes to benefit county parks. Equipped with new funding, the Jackson County Parks Department has hired an Ann Arbor firm.  The landscape architecture firm is visiting communities where Jackson County parks are located.  Last night representatives from Beckett & Raeder conducted a public meeting at the Columbia Township Hall to discuss the future of the County Park at Clark Lake.  Present were County Park Department employees and township officials.  Among those attending from Clark Lake were those who have volunteered their time on behalf of the lake to learn more about Clark Lake’s two parks, proposed changes to them, seek the views of other Clark Lake residents about them, and to stand up for Clark Lake’s interests. (Read about the Clark Lake Parks Commission here).

Beckett & Raeder divided the attendees into three groups, using focus group and strategic planning techniques.  A view heard consistently from Clark Lakers was that the County Park has been low impact and should remain that way.  Steve Harris, chairman of the newly formed lake group, the Clark Lake Parks Commission, pointed out that a passive versus active stance for the park is in the interest of lake.  Kevin Thomson, another volunteer who lives at the lake, commented that no one wants to see the park turn into Coney Island.  Other residents talked of the unintended consequences of improvements.  When the Township Park was upgraded, problems developed—overcrowding, drug and alcohol use, and littering.  Those problems were mitigated by security cameras and stricter law enforcement.

When residents were probed for what mattered at the park, Clark Lakers were quick to point out the importance of two Clark Lake icons—the Spirit Trail which passes through it and the Community Center that is located on park property.  Both came about solely through concerted community effort.  They were and are funded by donations and fund raisers, not tax dollars. The Trail, including the section through the park, was built and is maintained and improved by an active committee and other volunteers. The 120-year old Graziani cottage that became the Community Center preserves Clark Lake’s past as well as functioning as a place to meet and hold events.  The Garden Angels enhance the beauty of the Center and park.  One Clark Lake resident noted that all of these are shining examples of the community’s belief in itself.  He added that these County Park enhancements came about only through the work and financial support of those who live here.

Through the focus group-like process, several needs were specified. Summarized and defined by the Beckett & Raeder staff, they were: 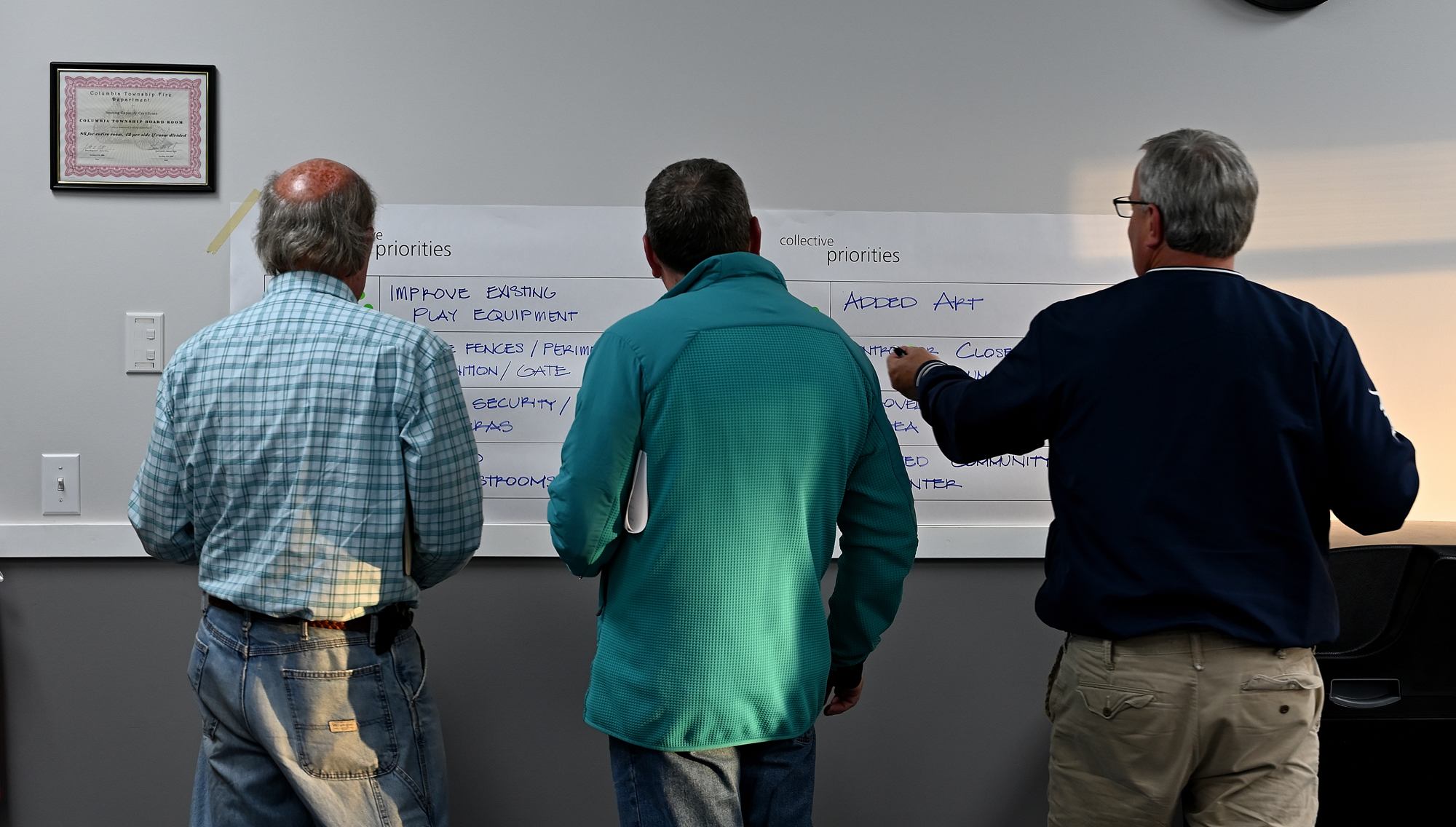 At that the conclusion of the nearly two hour meeting, Parks Director Jeff Hovarter explained that improvements would be made in stages and spread among the 18-park county system.

Below is the agenda provided by the consulting firm.  Note: Reference to Pleasant Lake was a typo. 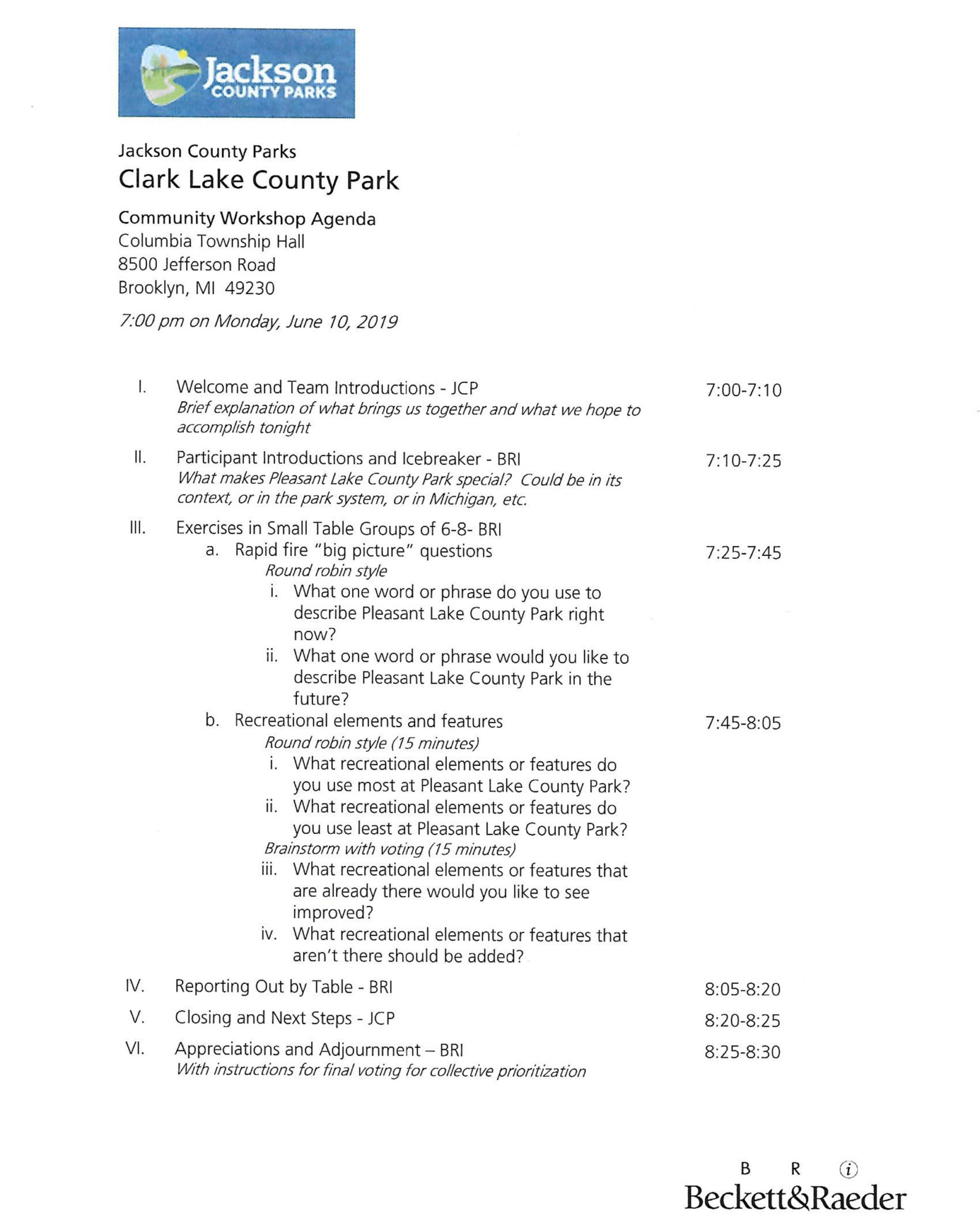