As previously reported on this website, Consumers Energy has embarked upon a project to install new utility poles at Clark Lake.  This morning traffic was down to one lane on Jefferson Road as subcontractors trimmed trees in anticipation of the new poles.  Consumers expects to install the new poles, on Jefferson between Hyde and Hayes, starting March 2nd.  It may or may not require traffic funneling into one lane during the installation.  Scroll down for a factoid. 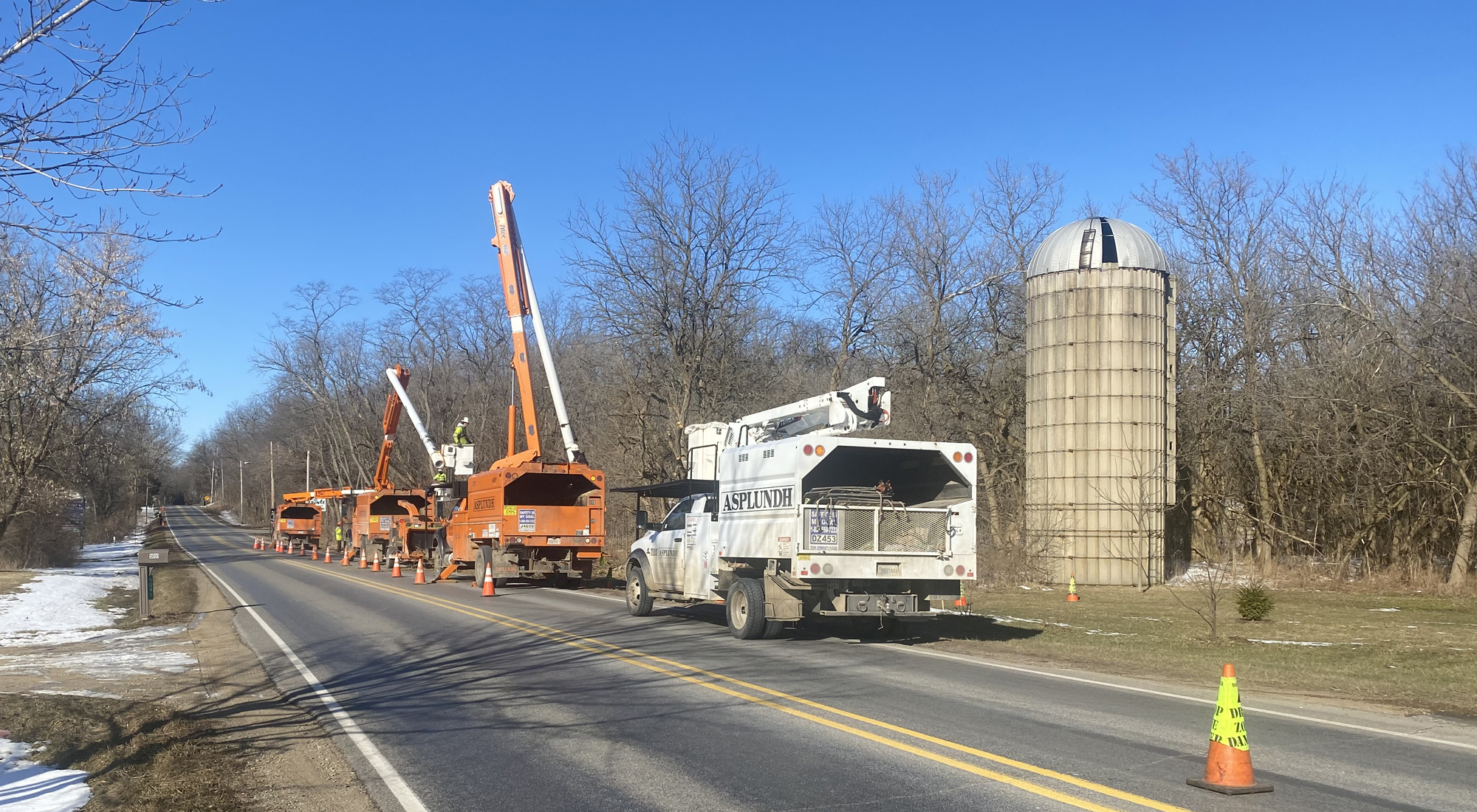 It’s part of a project that started in 2013 at the west end of Clark Lake near Lions Park.  It was there that Consumers Energy built a new substation to improve electrical service.  Earlier this winter, markers appeared along Jefferson as guides for the installation process.  CE has named the new lines as the Eagle Point circuit. Once erected, the old poles will be taken down. 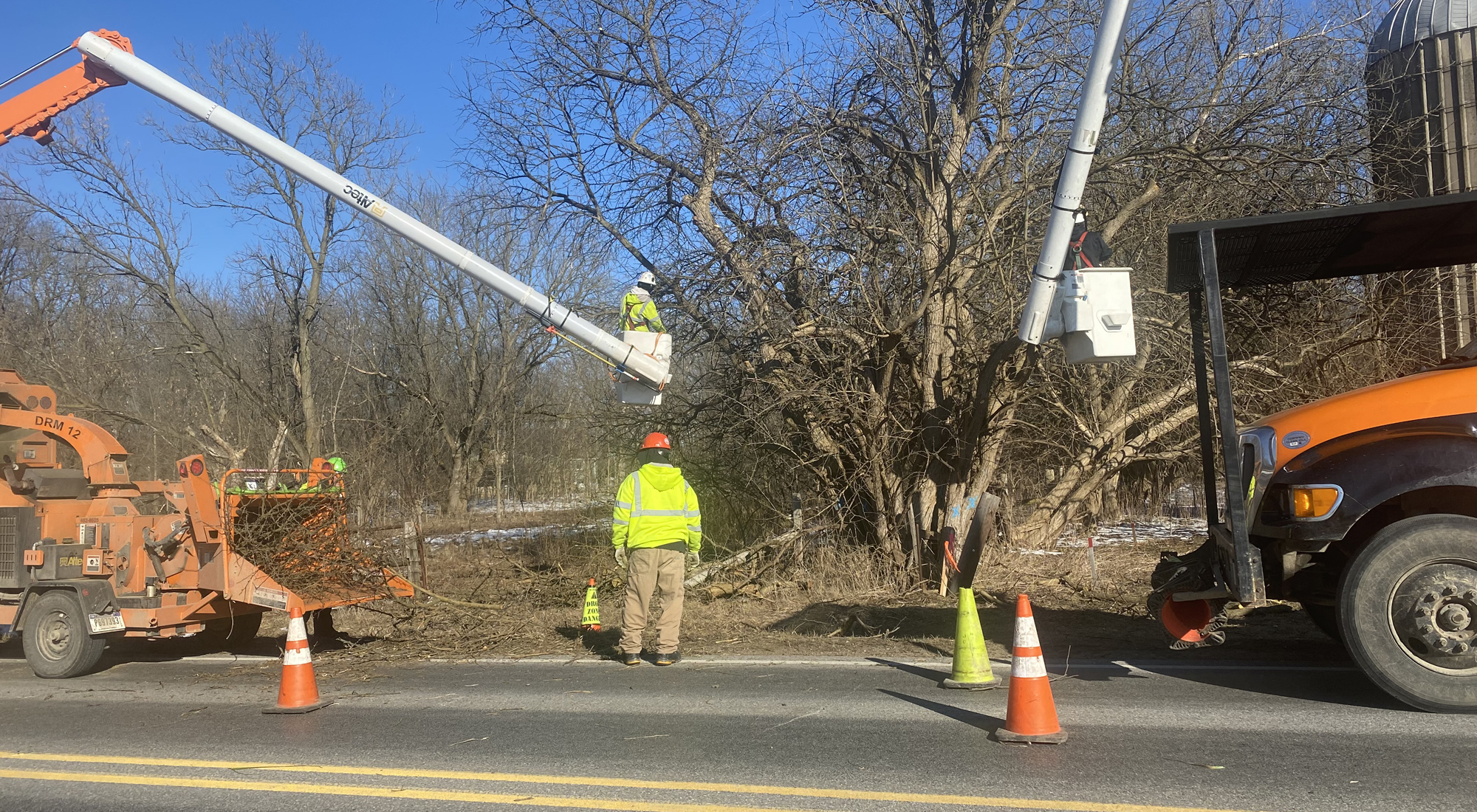 Factoid:  A forty foot utility pole is typically sunk 6 feet into the ground.