In 1996, Gabriella Tackett was two years old.  It was then that she and her family moved to Clark Lake—where she, as others have, began an often repeated connection with the place she grew up.  She attended Columbia Schools and graduated from Western Michigan University.  Still firmly attached to the lake, life has taken her beyond our shores in a very special way. Gabriella was recently honored by Jackson Magazine as one of thirteen “30 and Under” award recipients in Jackson county. She was lauded for her work as manager of two John Ganton facilities—Countryside Grand Assisted Living and Atrium Independent Plus+.

Her proud parents are Steven and Robin Tackett.   Robin’s name may be familiar to you as she is a Columbia Township trustee and Zoning Board of Appeals Secretary. 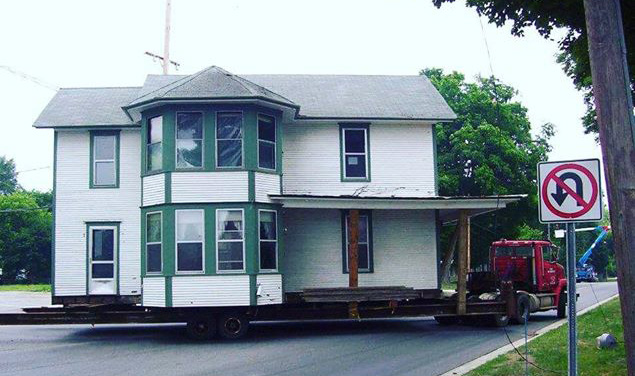 Gabriella’s dad, Steven, says their eldest daughter has always been the ultimate people person.  An example of this occurred at a major time in the Tackett’s family history.  In 2005 the family moved the historic Presbyterian Church rectory house from Brooklyn to its current location to become their home on the southeast shores of Clark Lake. Steve comments “we asked Gabriella to take coffee to the utility workers and moving crew. She made her way around the work site never meeting a stranger, smiling and serving up a warm cup of appreciation to the crew for their efforts.  As we found out later, she would become very good at public speaking, event organizing and public service.” 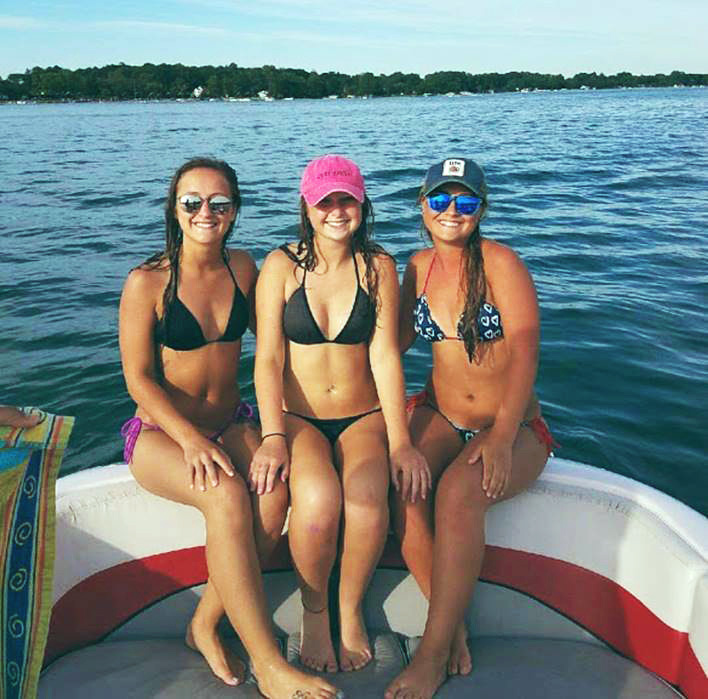 Like many others, Gabriella will forever have Clark Lake in her DNA, and you can see it in her experiences here as she grew up.  She participated in numerous Raft-O-Rama’s and Great American Crab Races, along with many hours of tubing, knee boarding and wakeboarding.  Her dad adds their Nautique has low engine hours because of how it was used. “She, her two sisters, and friends love to anchor the boat at the swimming hole and enjoy Clark Lake’s clean water.”  That’s the deep area in the Eagle Point Cove. 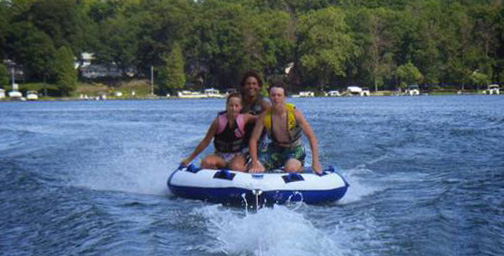 Gabriella competed in Run Clark Lake several times, as well as taking on other roles in this annual event.  That included working the water and flag stations, and driving the van that led the run starters.  True to her calling of helping others, she tutored at the Beach and Boat Club during the summers, hosted the summer gatherings of the Teen Pregnancy Prevention Initiative, and Kiwanis International Key Club meetings at the Beach and Boat Club.   While in college, she worked summers at Carl Evanson’s A Plus Electric.  Gabriella also organizes the Tackett’s annual Fourth of July gathering—the Beer & Boudin party.

What’s ahead?  While on a trip to Paris, Gabriella was recently engaged to  Jordan Bach of Morenci, Michigan.  Jordan will soon add the title of “Dr.” in front of his name.  And Gabriella is about to graduate from Central Michigan University with a Master’s degree in Healthcare Administration. Her dad notes, “Clark Lake is where she is from, and will always be a part of Gabriella’s life as with her sisters, her mother and me.”