You might not have known it, but Columbia Township has been under a state of emergency since Sunday.  Supervisor Bob Elrod declared the emergency action, as you can see in this posting on the Township website: 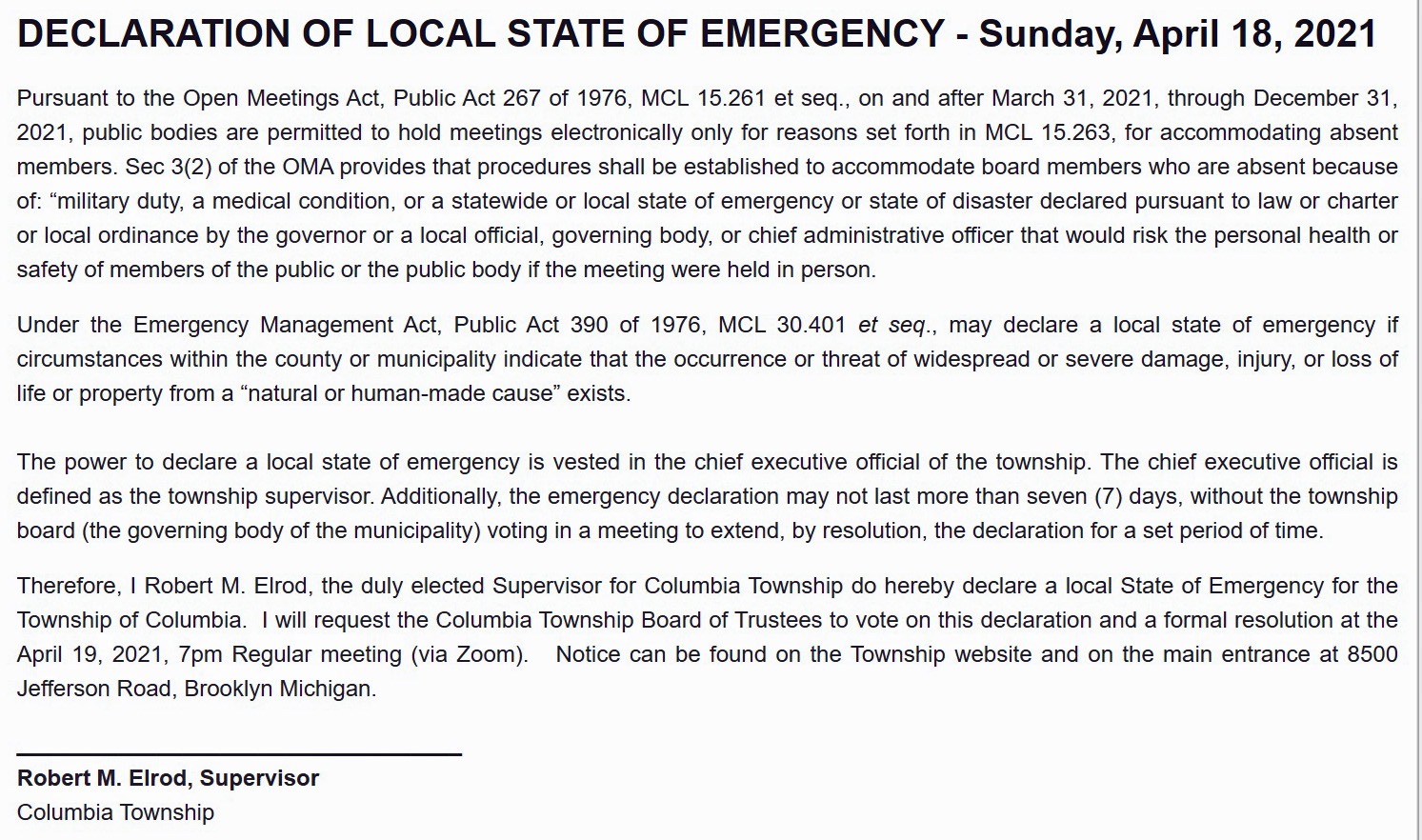 Michigan no longer has a state of emergency in force that would allow public meetings to be held on Zoom rather than in person. So, in order for Zoom Township meetings to be lawful, Supervisor Bob Elrod declared the emergency on Sunday.  His declaration is in effect for a seven day period. To extend beyond seven days, trustees would have to vote on it.  A resolution was crafted by the Township’s legal counsel that would extend the emergency to the end of the year.  Part of it read “Any widespread outbreak within Columbia Township could hinder and/or cease most daily operations within the entire Township and overwhelm emergency medical services, hospitals, long term care facilities, public health services, and urgent care facilities … In the absence of a current State of Michigan declared State of Emergency, it is necessary to declare a local state of emergency…”. At tonight’s meeting, the resolution was put up for a vote by the clerk, and seconded by the supervisor.  Treasurer John Calhoun expressed his opinion during discussion, which you will see in this video.  The vote ended in a tie (3 to 3), which means it failed to pass.  There are seven board members, but Trustee Brent Beamish was absent.  (Please be aware this video has been edited to eliminate glitches and pauses).

Other news from tonight’s meeting of Columbia Township trustees: