Clarklake Community Church has been a sturdy part of the community for 152 years.  Founded in 1868, the congregation plans to hold its last Sunday service on December 27th.

In making the decision, the dissolution committee noted the number of members has dwindled.  The church has about 30 members on its rolls, with some 20 attending Sunday services.  There are few younger members; most are over 50.  Walt Reed, church moderator, used the phrase “going out well” to describe the hoped-for process.

The church has outlined three possibilities, but also is open to ideas.  Their “priority one” is to plant a new church.  That means attracting another church organization that would purchase the building–same building, different congregation.

The second priority is to sell the property.  A church document states the current congregation “would like to see the property used by a non-profit, community oriented organization.” They further suggest that the church could be sold to a community organization or to a private individual who would lease the property to the non-profit.  Included in this priority is that the American Baptist Churches of Michigan will be the selling agent. And finally, if no acceptable buyer is found, the “property will be transferred at no cost to the American Baptist Churches of Michigan no later than July 1, 2021.”  From there, it would be placed on the market.

The third priority is to rent the property.  This option exists as “place-holder while a new congregation determines whether they have the resources to plant a new church.” 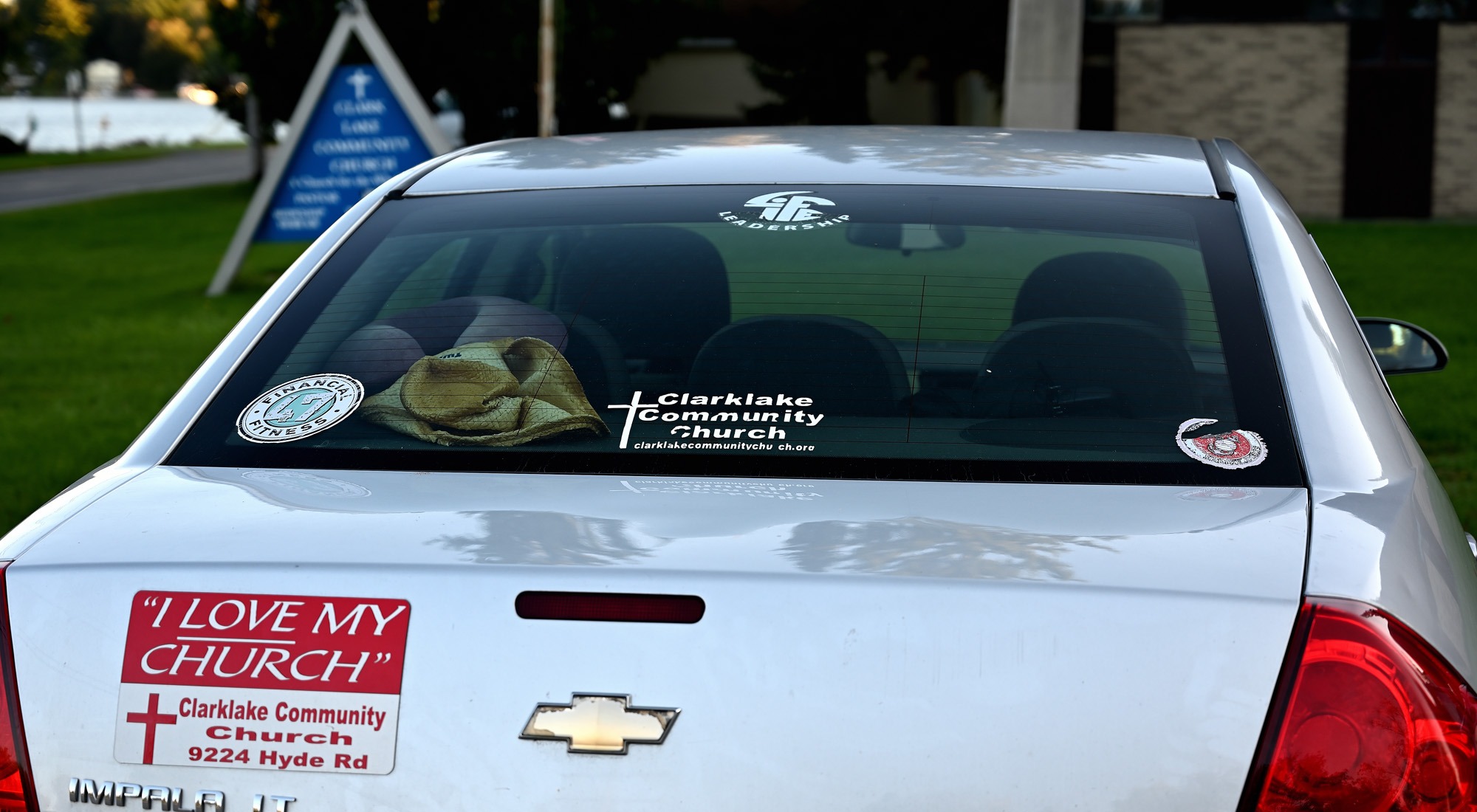 Whatever the outcome, expect things to change.  The church invited several members of the community to attend a meeting last evening where all of this was explained.  Some of those present asked questions or made comments.  One idea floated was for several area churches to work together to form a youth ministry, and the church building would become its campus.

The current structure on Hyde Road is the church’s third building, constructed in 1961.  It replaced a previous building, built in 1912 on the same land.  The first church was built in 1868 and was located near the corner of Jefferson and Hyde Roads.  That building was destroyed by a fire ignited by sparks from a passing train.

As this church has so long been a part of Clark Lake, you might be interested in reading the Executive Ministry Team message.  It outlines what led to this decision. 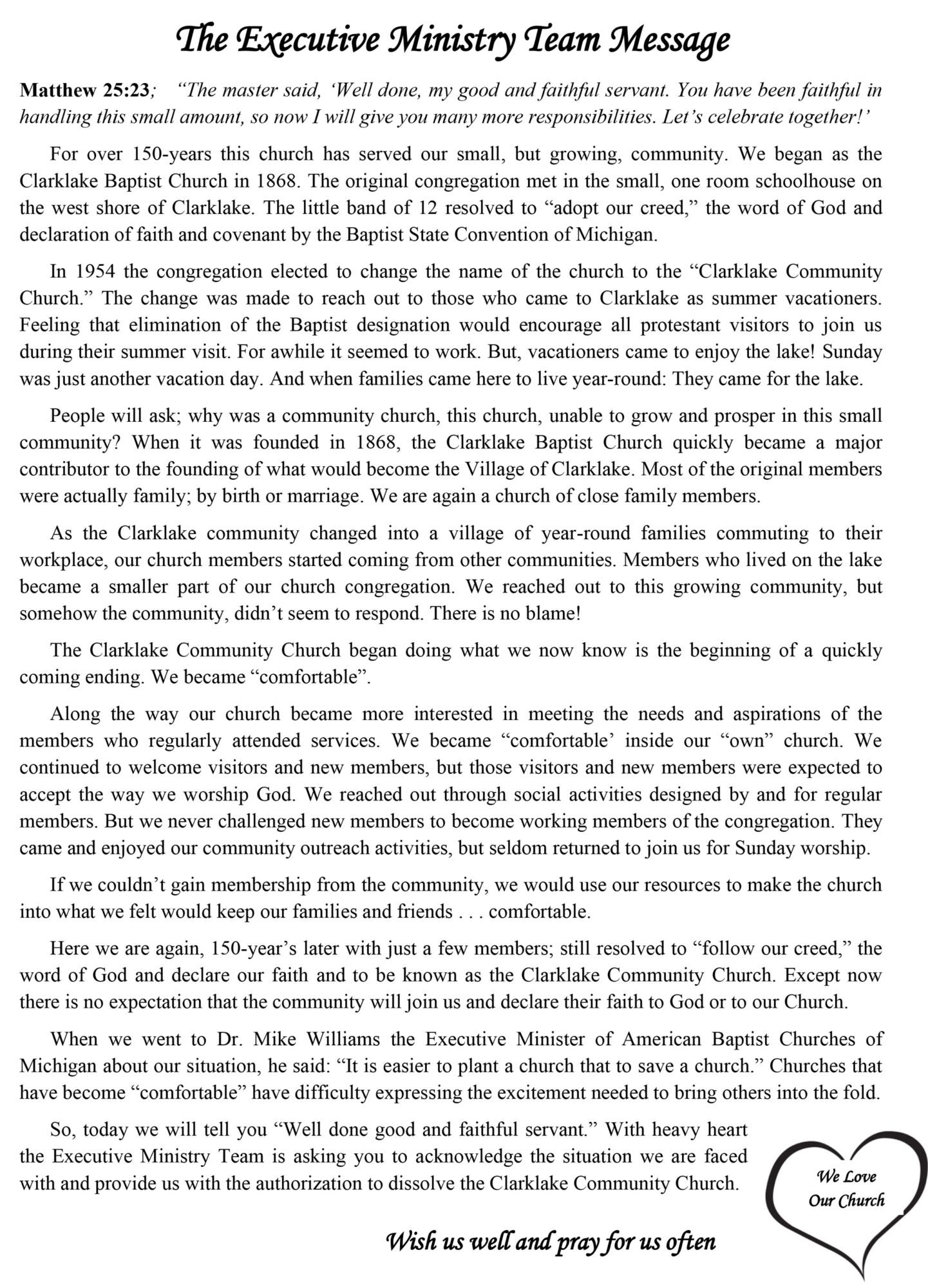