On Saturday, October 29, 2016, family and friends gathered at St. Rita Catholic Church to celebrate the life of Mary Nichols Bentley, who passed away September 25th.  Among the many present were her husband, Dr. Jack Bentley, and their four daughters.  During the service, Gail related a touching story about her mother.  The story shines light on Mary’s strong work ethic as a medical doctor, Dr. Mary’s relationship with her husband, also an M.D., and the place they all have called home, Clark Lake.  You can find Dr. Mary’s obituary below Gail’s story, which starts here. 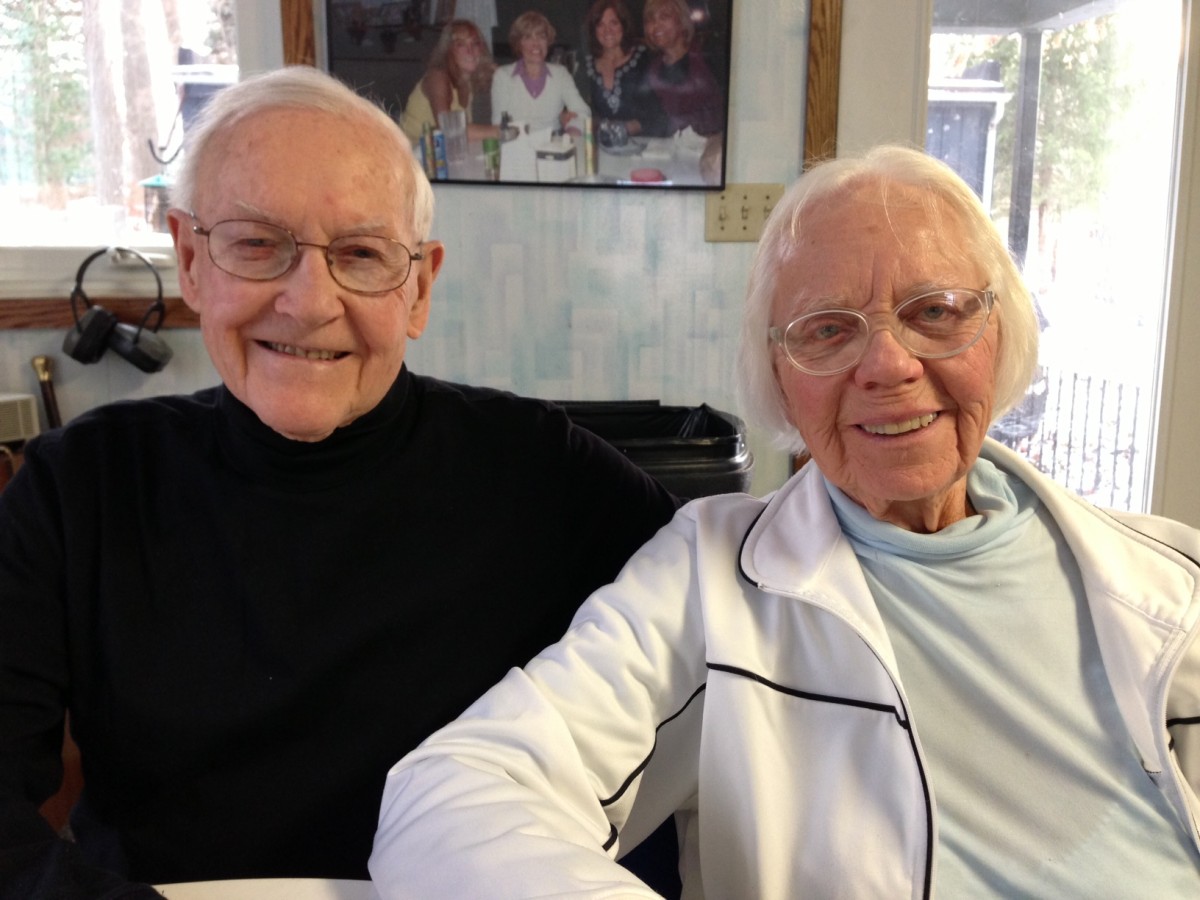 We are here today because we have at least one thing in common and that is to pay tribute to my mom, a dedicated, gifted physician, a tireless, selfless friend, a passionate, relentless competitor, a mother, a daughter, a sister, a wife, an aunt and devoted grandmother. How do we put into words all that encompasses what my mom is, was, and will be? I settled for a story.

The year is 1955, Eisenhower is president, the national debt is big, and Rosa Parks will refuse to go to the back of the bus. James Dean is the one to see at the box office, and “Rock around the Clock” was the music of the day.

The month is July and it is already unseasonably hot with several days hitting triple digits. This day however is July 12, and the heat is tolerable. Mom is pregnant but not due for another two weeks and she feels good, so she did what she did everyday, she got up and dressed for work. She would go to the hospital first to do her ward rounds and then on to her office to see patients. Dad’s day was similar; he too would go to the hospital to do ward rounds and then on to the office to see patients. Dad however had the additional task of taking his father-in-law to work. Those of you who knew Haskell knew he hitched a ride whenever he could. The day progressed and so did mom. Finally realizing she was going into labor she decided to talk it over with her favorite debate partner, her husband. Dad examined her and decided delivery wasn’t eminent.  He told mom she was not in labor; to go home, get off her feet and rest. And as women often do, even incredibly intelligent women, in a moment of humility and grace, she chose to believe him. She made it home to Clark Lake and went upstairs to lie down.

My mother must have dozed off because she woke up in full labor. As things often happen in life, not by coincidence, her mother decided to check in on her, as she lived just a few doors down. The scene she walked into was completely unexpected. She asked mom what she could do to help. Mom asked her to call Jack and tell him she was in labor and to get home as soon as possible. Dad told the office girls to cancel his day and close the office. He rushed off in anticipation of delivering his baby–however, he still had to pick up his father in law. He got grandpa in the car and was rushing toward home.  Haskell, never one to miss an opportunity, turned to Jack and asked if they had time to stop and get berries. Dad turned to his father-in-law and for the first and only time in his life, said “no” to the senator. Grandpa, never one to shy away from a debate, saw the look on dad’s face and realized this was non-negotiable. Dad probably broke some speed limit laws, but they arrived at the lake. Dad rushed in, quickly assessed the situation and saw his baby had already been delivered. But he was in time to cut the cord.  As he bent forward to do this, he realized that “Guy,” the name they had chosen for their son, would have to be swapped–for “Gail” was born.

Here is the obituary for Dr. Mary Bentley:

Dr. Mary Bentley, a lifelong resident of Clark Lake, passed away peacefully at her home on September 25, 2016, with her loving husband and debate partner of 67 years at her side. She was preceded in death by her father, Senator Haskell L. Nichols, mother, Mary Townsend Nichols, sister, Ann Clark, brothers, John and Don Nichols. Survived by her husband Jack Bentley, her children Lynne Bentley (Tony Merlot), Gail Bentley (David Bomgaars), Jill Bentley, and Elise Fish (Brian); her grandchildren, Anders and Zoe Mavis, Lyssa Bomgaars, Brett and Elizabeth Potter and Lex and Maris Anderson. Also survived by her sister-in-law Wilma Nichols, first cousin and lifelong best friend Myra Breakey and many cherished nieces and nephews.

Mary was one of three female medical students to graduate from the University of Michigan in 1951. In 1953 she and her husband, Jack, opened a family practice office in Jackson and quickly became very busy. They worked side by side, often discussing the most difficult cases over dinner in the evening. It was not uncommon for one or both of them to be out most nights delivering babies.

When Mary was 80 years old she traveled to Chicago to take the board exam and placed in the 90th percentile, finishing the exam before any of her young peers. Mary was on staff at Foote/Allegiance Hospital for more than five decades and she often began her day at 5:00 A.M with ward rounds. In spite of this demanding schedule, Mary always had time to provide drop-in medical care to every child in the neighborhood from stitches to ear infections. She had an infinite capacity to give of herself to others and her care was always administered with a cheerful smile. 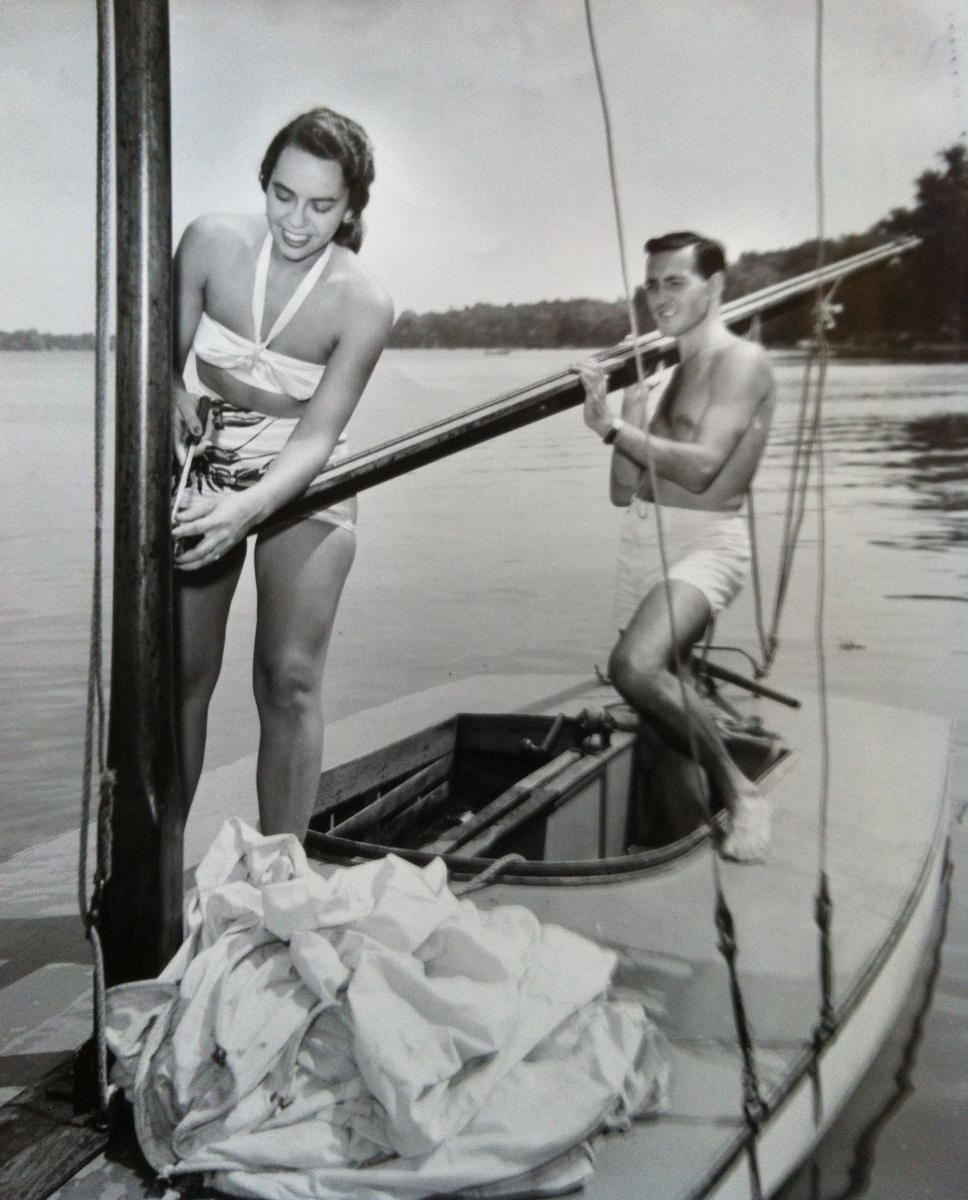 She retired reluctantly at 83 in order to fully enjoy her grandchildren and many hobbies. Mary was a lover of nature, animals and people. She loved to be outside and enjoyed many activities including swimming, cycling, running, horseback riding, sailing, skiing and tennis. She participated in the Clark Lake 7 Run and Clark Lake Triathlon for many years. Jack and Mary bought the second Hobie Cat on Clark Lake and were original members of Fleet 58. They enjoyed racing against one another on Sunday mornings. Mary loved her family with all of her heart; she shared her passion for working hard and playing hard with her family and anyone else she could recruit. She was incredibly intelligent, humble, kind, stubborn, generous, forgiving, optimistic and endlessly energetic. Her motto was “life is for the living” and she certainly had a life well lived. She touched so many with her generosity and kindness.

Mary will be greatly missed, especially by the Clark Lake community. A memorial service will be held at St. Rita Catholic Church on Saturday, October 29, 2016 at 10:00 A.M. with Reverend Tom Helfrich, O.S.F.S. officiating. For friends and family, a celebration of life will take place at the Clark Lake Golf Course from 11:00 A.M. to 1:00 P.M. In lieu of flowers contributions can be made to Clark Lake Spirit Foundation (Spirit Trail), Henry Ford Allegiance Health and YMCA Storer Camps.

In 2013 Mary wrote of her early experiences at the lake under My Clark Lake Story.  Click here to read it.