Kathleen Rensch, known as Katie to her lake friends and Kathy in her business career, passed away peacefully in her Clark Lake, Michigan home on March 7. The daughter of the late Fleurange (Cunningham) and Aloys Rensch, Katie was born on September 13, 1926 in Toledo, and grew up in the cottage built by her grandparents, Ben and Frances Rensch. The Rensch’s had been vacationing at Clark Lake since 1898, coming by train from Toledo, and then steamer across the lake to the Eagle Point Hotel dock. In 1907, they decided to erect a cottage in the Eagle Point cove…one of the very earliest on the lake.  As an annual summer resident since 1926, Katie just might have been the oldest living Clark Lake resident.

That all changed in 1992, when she and her late sister, Mary, converted the cottage to their permanent home and became full-time residents of the lake. (Parts of that original cottage still remain, encased within the renovated house.) 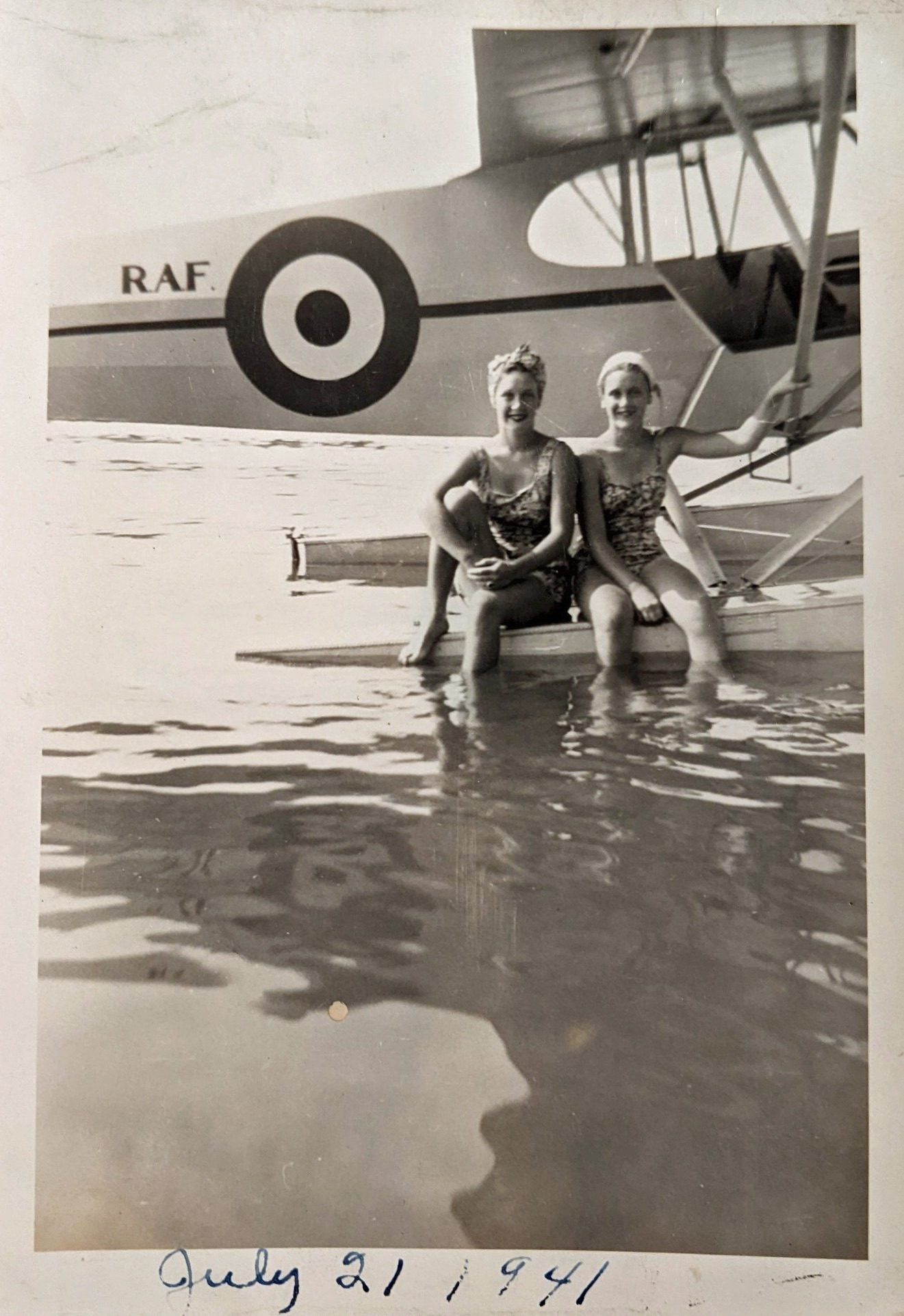 Katie received her schooling in Toledo and in her teens helped with seasonal work at her family’s imported food business, A. Rensch & Company, in downtown Toledo. The company was started by her grandfather, Ben Rensch and his brother, Tony, in 1882, and then run successively by her parents, and late sister, Angela, until being closed in 2015…a remarkable 130+ year business longevity. Katie had a lengthy career as a legal secretary, for many years with Owens Corning Fiberglas company.

Katie traveled the world, often with sister, Mary, including a visit to the Rensch family in Switzerland, and also the Caribbean, Europe, Hawaii (her favorite ‘away’ destination), as well as Michigan destinations like Frankenmuth and Mackinac Island. But she always longed for her return to Clark Lake, where she could swim, paddleboard, float, and partake in her beloved water skiing. 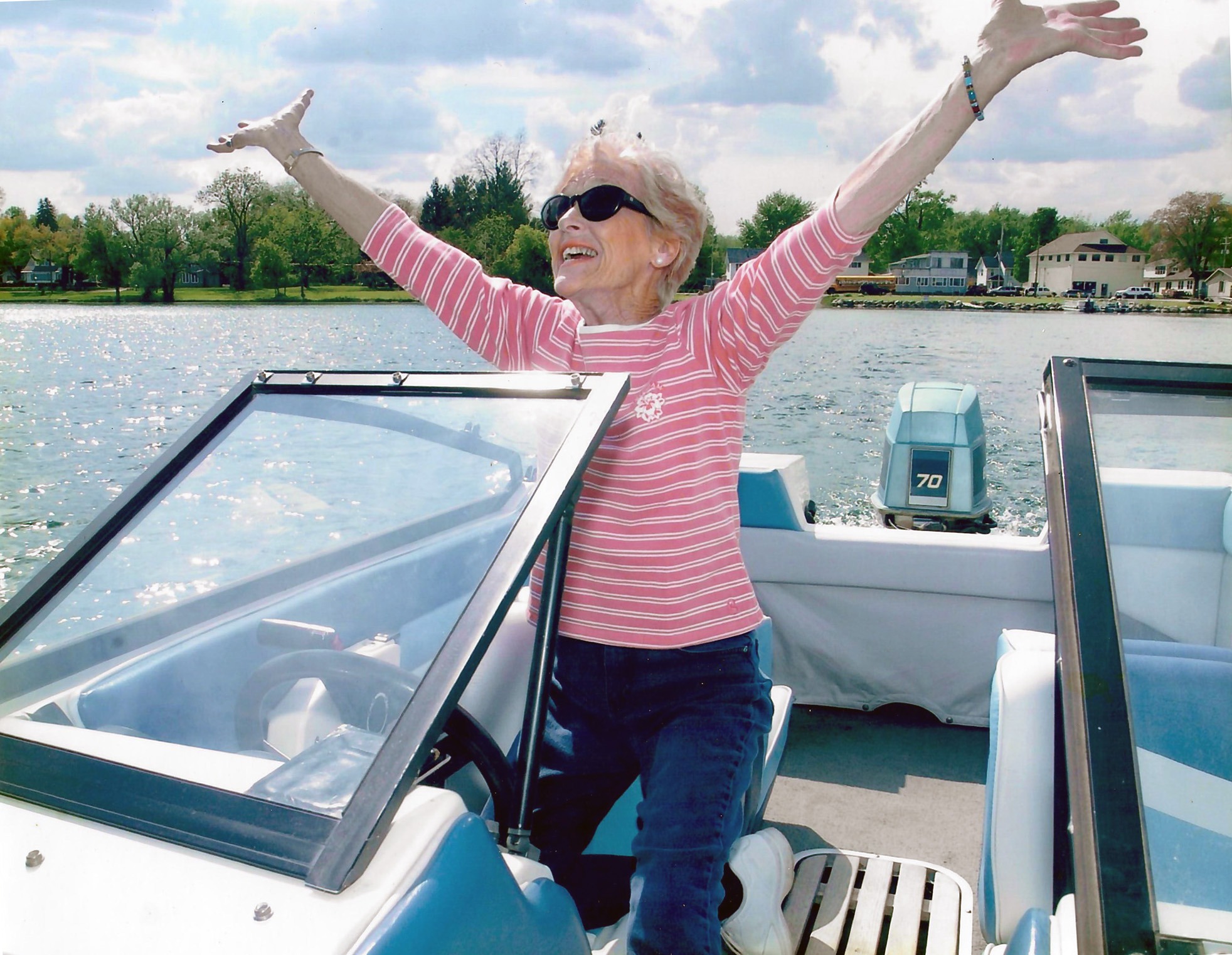 Many knew of her artistic talents, which Katie developed early on in life. She painted many family portraits, landscapes, animals, and water scenes, especially sunsets at Clark Lake. Some of these were turned into notecards which were sent at holiday time and for birthdays, and some were donated to Lumen Christi High School for their annual auctions.

Many also knew Katie had a soft spot for canine friends, having owned many of her own over the years…Kibby (named after Kibby Road in Jackson), Bitsy, and several Karmens.  In her later years she was always ready with a treat on one of her daily walks or at her back door for the neighboring dogs on their daily visits.  And people visits were favored too, whether for drinks on the deck or greeting neighbors as they stopped by her open garage where she loved to sit in warmer months.

The Ligibel family, (four nieces and nephews, 9 great nieces and nephews, and 11 great-great nieces and nephews),  would like to thank all those neighbors and friends who kept an eye on Katie, who took her to the store or church or doctor’s visits when she was able, or fixed her TV/cable issues.  She will be missed by many and her legacy will linger long at Clark Lake, especially as she is the last person carrying the family name of Rensch…a name that has been associated with Clark Lake for 124 years!

Clark Lake is full of connections of family and friends reaching back generations.  Katie played a role in one that changed much.  Click here to read the story of a wedding that might not have happened had not Katie made an introduction many years ago.