Evelyn Menard, 97, of Clark Lake, formerly of Toledo, passed away Friday, August 27.  Her five children were by her side at her home on Ocean Beach Road.  She is survived by them and their families—Tim (Kathleen), Mary Murphy (Patrick), Peggy Menard, Karen Menard, and John Menard.  Evelyn had eight grandchildren, 17 great-grandchildren, and 3 great-great grandchildren.

Evelyn Thibert met her husband-to-be while both were students at Central Catholic High School. How they met has all the charm of a Hallmark movie. Evelyn and her friend Mary Sullivan were walking down White Street in East Toledo, wondering who might ask them to the dance at St. Thomas Aquinas church. Turns out that Jack Menard (who was a friend to Mary’s brother) just happened to be driving down the street at the same time. He pulled to the curb, talked to the girls, and solved the dilemma by asking Evelyn to the dance.  Evelyn and Jack continued to date through high school, and later as Jack attended The Ohio State University. On December 7, 1941, World War II started.  Jack enlisted in the Army Signal Corp and served in the South Pacific –the Philippines and New Guinea.  Meanwhile, Evelyn finished her senior year of high school and landed her first job as a secretary at Liberty Highway Trucking Company, all the time praying and waiting for Jack’s safe return. On January 26, 1946, Jack was discharged from the Army.  On October 11, 1947, they married. Their lifelong love affair ended 55-years later on October 13, 2002 when Jack passed away.

Even back in high school, this is what her classmates said about her.

Evelyn’s joy in life was often expressed in laughter and being with others.  One social connection changed her life in ways she could not imagine.  At the time Evelyn was working in the office at Heck’s Printing in Toledo.  In June 1970, a co-worker and childhood friend, Margaret Cervenec, invited her for a visit at a place called Clark Lake.  They stayed in the Cervenec’s trailer behind the Beach Bar.  It was there that Evelyn caught the Clark Lake Spirit—a certain something that you can’t understand until you experience it for yourself.  She became convinced Clark Lake was in her future.  By July 1970 she was so convinced of it that she bought a trailer near the Cervenec’s without asking her husband.   Apparently, that was okay with him.  Six years later, Jack and Evelyn together bought a home on Ocean Beach Road.  That place meant summer at the lake for the kids, and it became a home for retirement in 1999.  Instead of moving south from Toledo, they moved north.

As a girl, Evelyn was fascinated by fireworks.  Her children attest that this fascination did nothing but grow as they grew.  Evelyn was awed by the flash of light, sparkles, and the big noise. This led to Evelyn Menard’s staging Clark Lake’s Fourth of July fireworks display.  It began with bottle rockets and firecrackers.  By 1994, mortars were added.  Evelyn enjoyed the annual trips to pick out the latest pyrotechnic innovations.  Her family assembled each year to put on the show from their dock. The bigger the bang, the better. Clark Lakers gathered on rafts by the dozen and in large groups on land to watch the show grow each 4th.

Here’s a fireworks story that achieved legendary status in her family because it said a lot about her favorite holiday.  One 4th, she was on the dock lighting bottle rockets.  As she stepped back, she slipped and with a splash, fell into the water.  She was soaked, but she managed to keep the bottle rockets dry.   As grandson David said, “most grandmothers give you milk and cookies, my grandmother gives you fireworks and beer.” 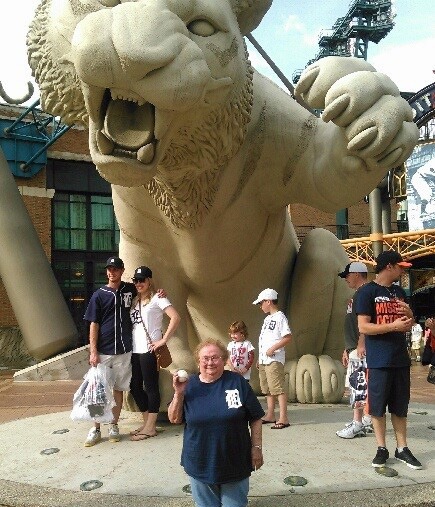 Evelyn was also a huge Detroit Tiger baseball fan. How much of a fan?  Once she attended a game with a few family members.  To make it easier for her, she was in a wheelchair.  Her son, John, managed to maneuver her down behind the Tiger dugout during the game. She held up a sign that read “Miguel Cabrera…I’m 91 and U R my #1 Tiger!” As Miguel came off the field, and before entering the dugout, the Tiger’s first baseman read her sign.  He smiled and tossed her the baseball.  As it happened, the Jumbotron broadcast the event for all to see.  One couldn’t help but notice the fans nearby.  Their eyes welled up, joining Evelyn and the family for this special moment.

Evelyn Menard was a hard worker, raised a wonderful family, and took in what life had to offer, all while bringing joy to others.  She was a fan of NASCAR, playing slot machines, having an occasional glass of wine, and listening to country music–Kenny Rogers, Brooks & Dunn, George Strait and The Oak Ridge Boys to name a few. She also loved to play card games with her friends and family, crazy rummy and euchre. 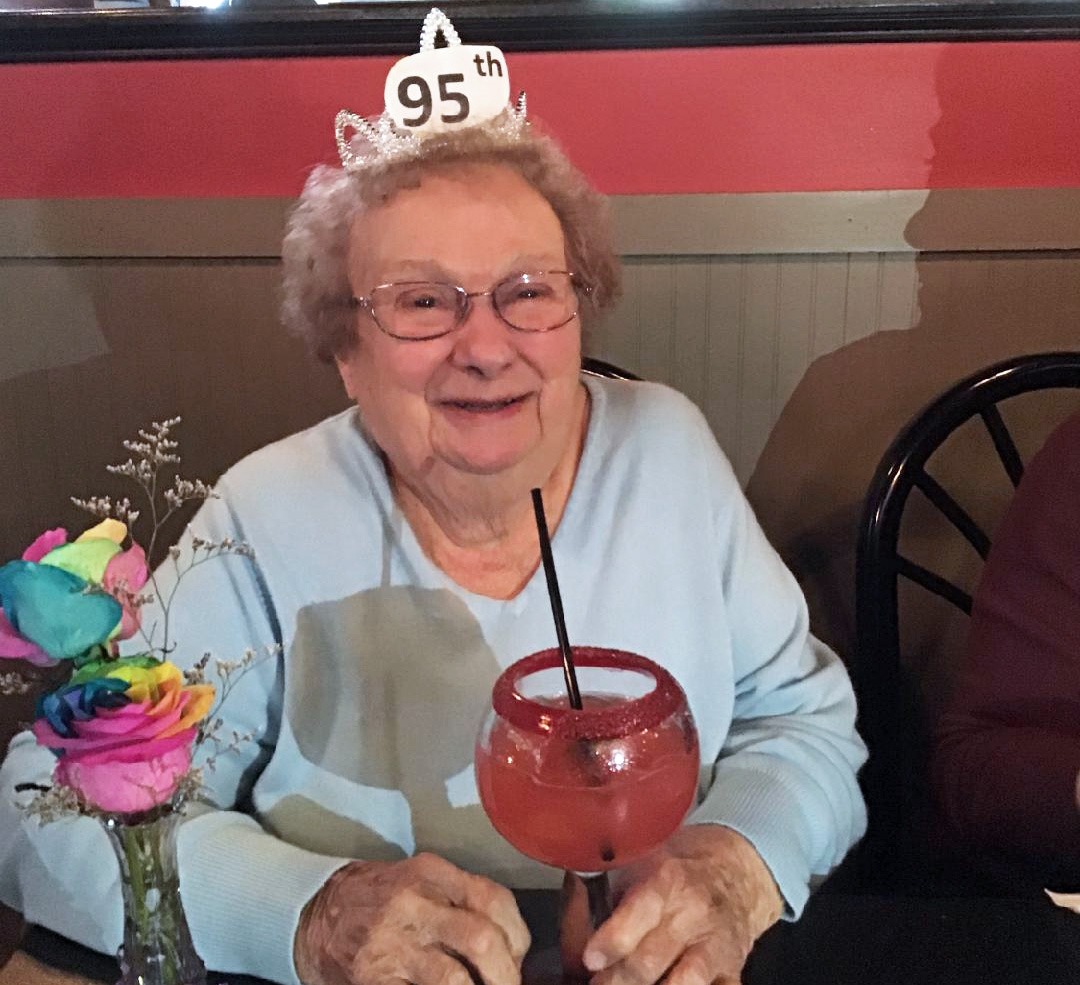 Her fireworks displays and friendships around the lake brought with it a certain amount of fame.  In 2015, the Spirit of Clark Lake award was bestowed upon her.   She leaves behind family and a lifetime of friends and neighbors who will miss her dearly.

A visitation will be held on Wednesday, September 1, 4 pm to 6 pm at Eineder Funeral Home, Brooklyn. A prayer service will follow at 6 pm.

The family would like to acknowledge the wonderful support the Menard family received from Arbor Hospice, especially mom’s nurse, Kelly. Without them this process would have been much more difficult. 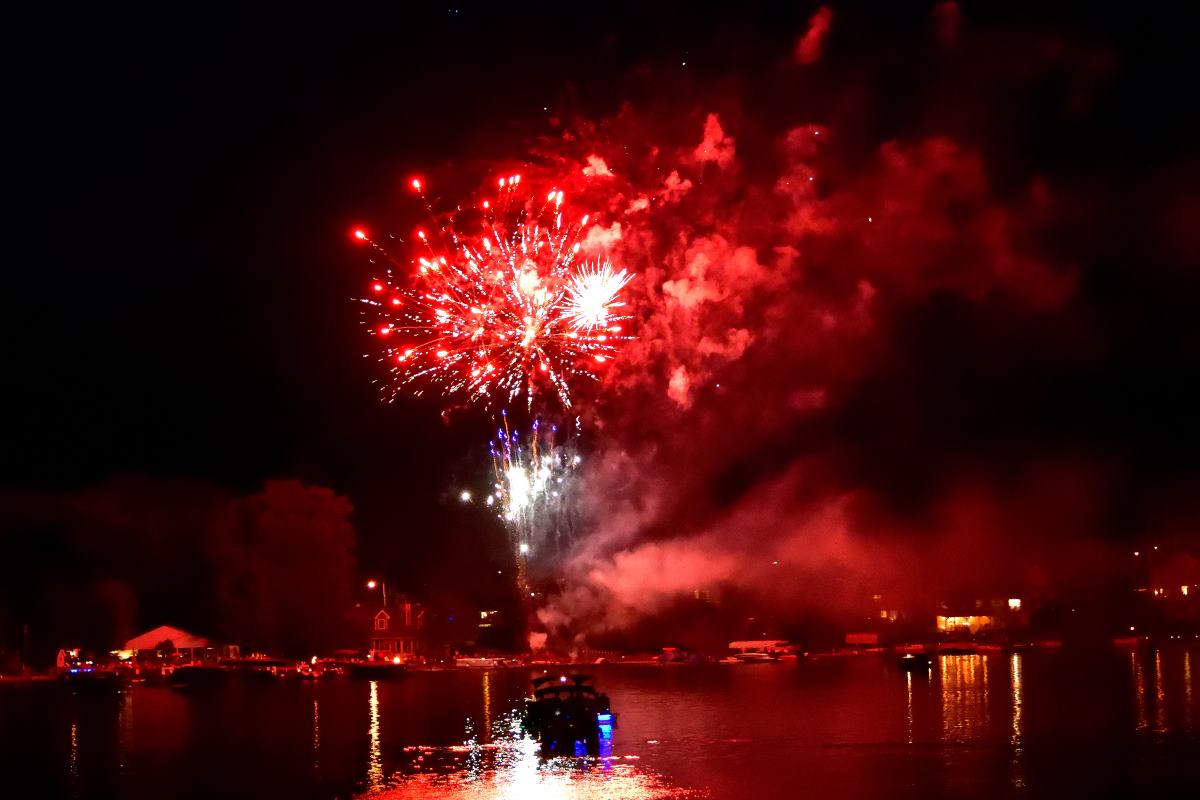