Bruce Lyons passed away Friday, February 14, in the Chicago area.  He, like many others, had a strong connection to Clark Lake.  He grew up in Jackson and spent summers with his parents, Dr. Roger and Dorothy Lyons and his brother and sister, Roger and Barbara, at their cottage on Eagle Point Road.

Bruce graduated from Parkside High School and continued his education at Eastern Michigan University.  He prepared for a career in sales and pursued that throughout his life.  Taking advantage of all that Clark Lake had to offer, he enjoyed swimming, skiing, rides on the raft, and hanging out with friends.

He married Carol Hansel sixteen years ago in shore side ceremony at Clark Lake.  The wedding aisle was the Lyons’ dock.  Carol was dropped off by boat at the end of the dock, and met Bruce at the shore where vows were exchanged.  Bruce and Carol lived in the Chicago area.

Below are two Lyons family photos.

Bruce leaves behind his wife, the families of his brother and sister, and was close with his nieces Kaci, Cristina, and nephew, B.J.  He will also be missed by many other relatives and friends both in Michigan and Illinois.

This sunset photo was taken on the evening of the Lyons’ family reunion on October 8, 2017.  The view is the southwest sky. 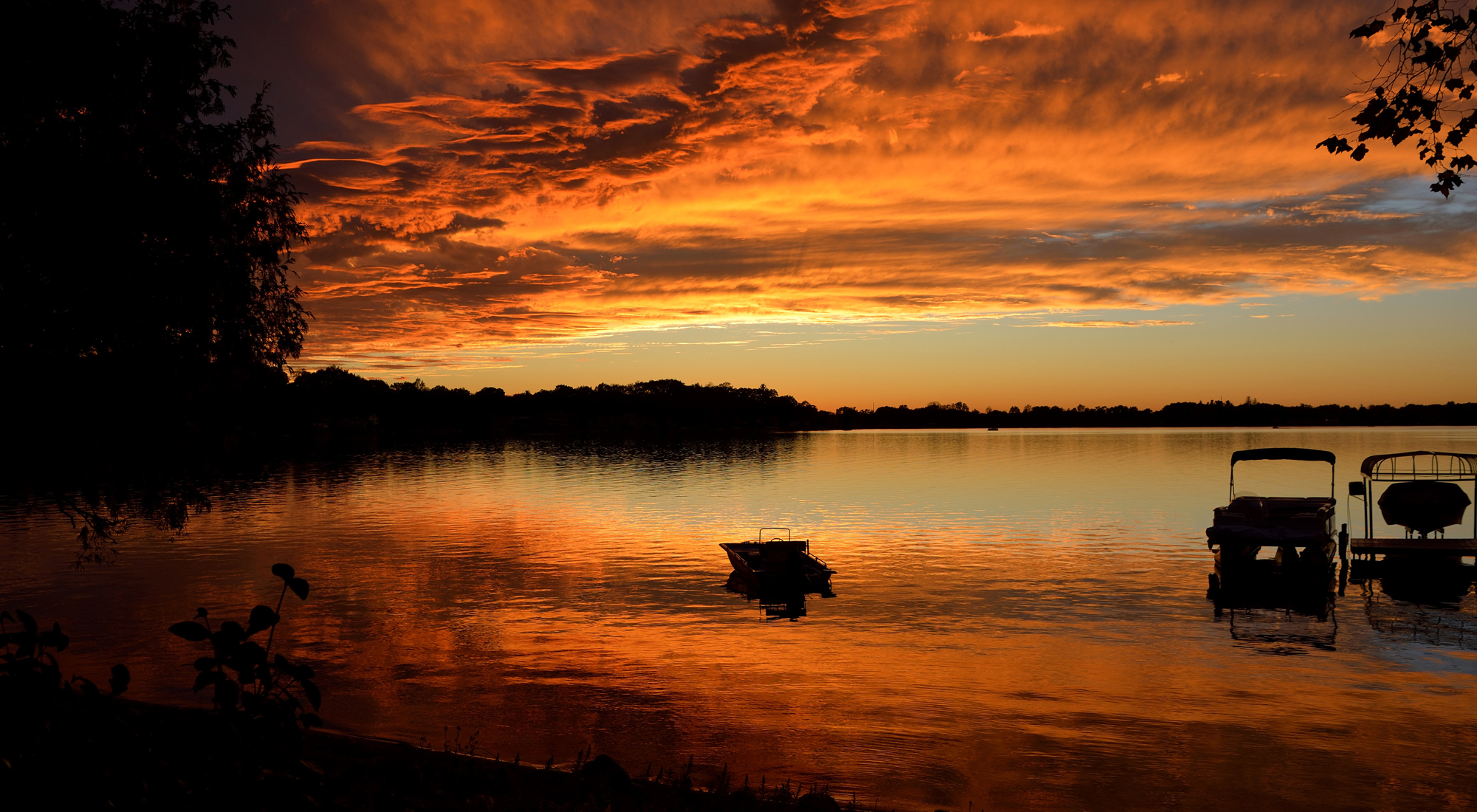