The following Clark Lake Tribute to Ann Clark, D.V.M, was written by her children–Elaine Stewart, Brad Clark, and Karen Clark.

Dr. Ann N. Clark was born Ann Louise Nichols on November 14th, 1934. The date recently became significant to the Clark Lake community when a bench in her honor was fittingly constructed on her birthday. The beautiful stone bench was created by Tau Uhila as a memorial to her devotion to the lake. 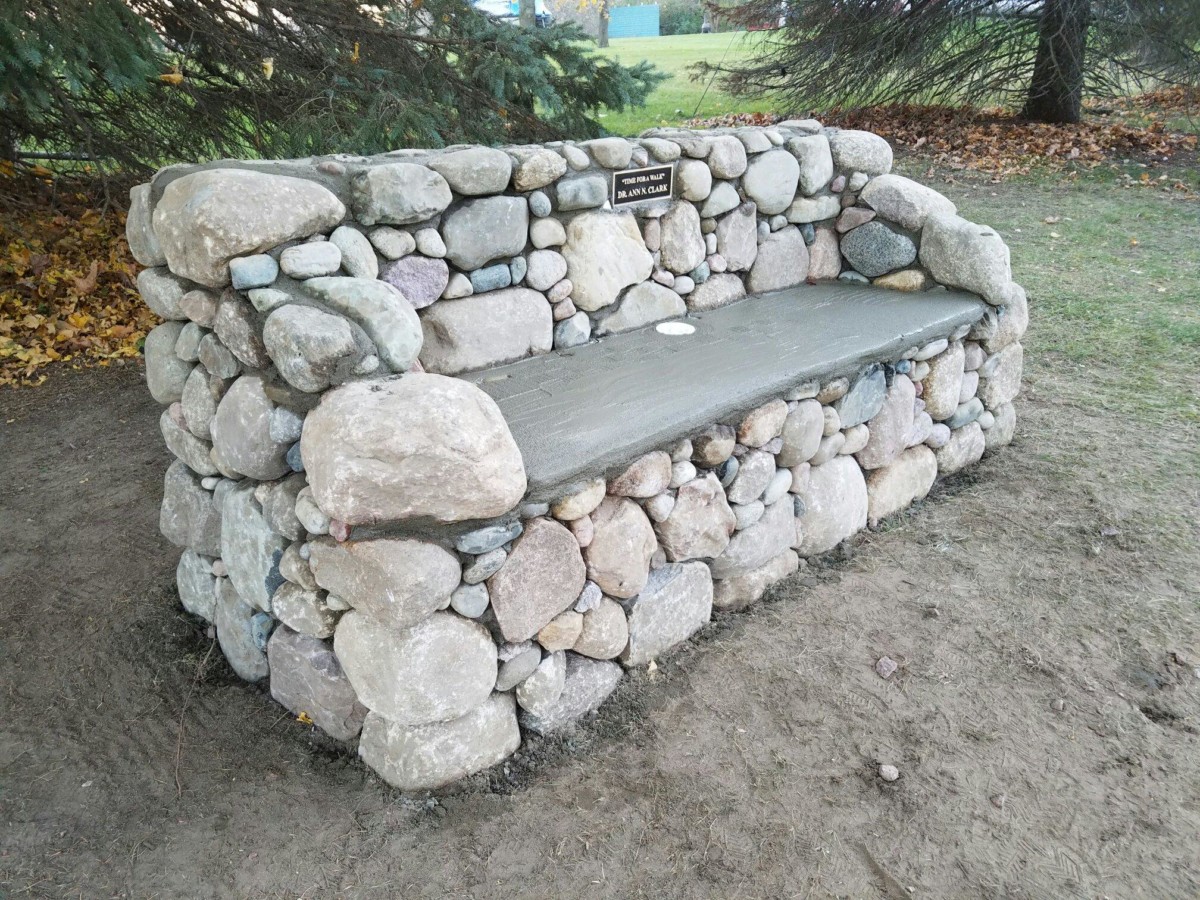 Ann’s father and mother were Haskell Linton Nichols and Mary Townsend Nichols. Haskell and Mary purchased a cottage on Clark Lake in the early 1900’s for, we are told, a couple of foxes. They raised four children in Jackson and summered at the lake. Ann had wonderful memories of her young life at the lake, including the memory of evenings when Haskell, her father, would sail while Mary, her mother, sat beside him in the boat shucking peas. 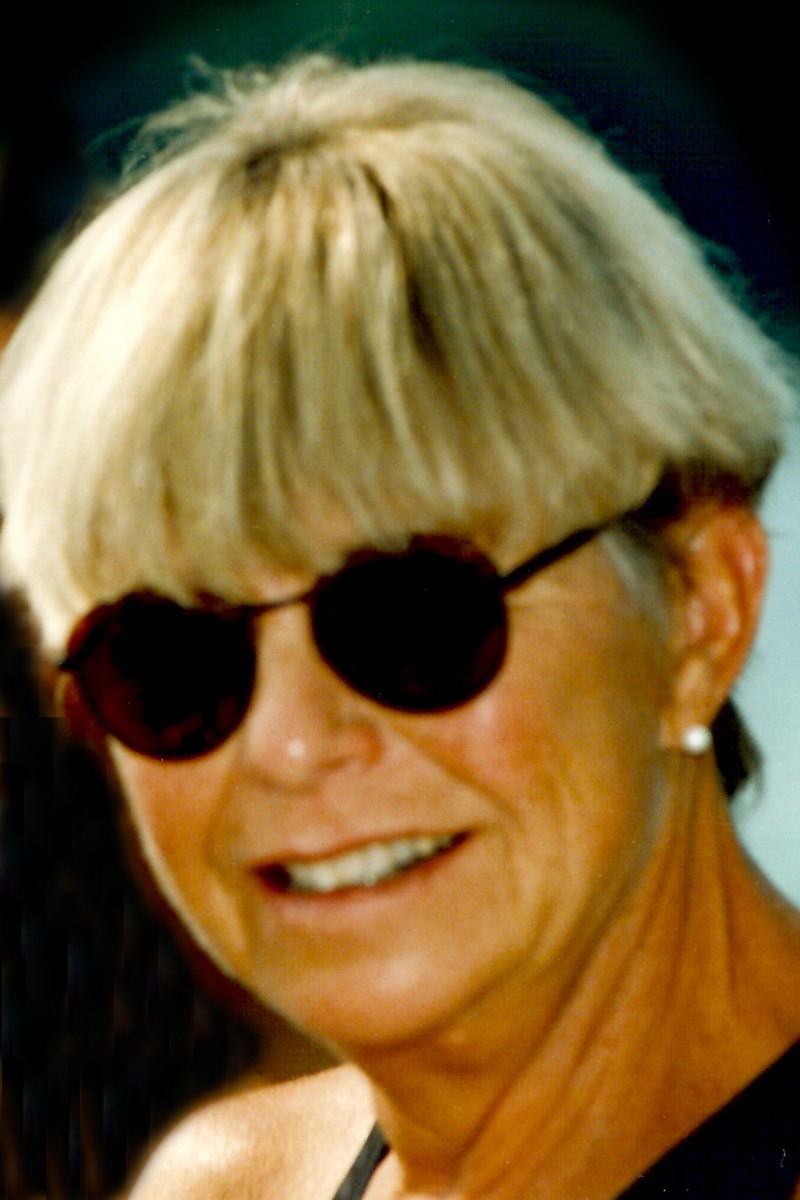 All four of their children inherited the love of the lake. Daughters Mary and Ann stayed in Jackson and along with their husbands, Jack and Bruce, found cottages on the lake just four doors away from each other on the same road they had spent their childhood.

Ann and Bruce thoroughly enjoyed life at the lake. Skiing, swimming, playing tennis and raising children at what they considered to be the most wonderful place on earth.

Ann enjoyed life to the fullest. She was one of the first women female graduates of Michigan State University College of Veterinary Medicine. She had a busy practice for over thirty years beginning at her home on US-127. Ann eventually moved her full time veterinary practice to Clark Lake in 1979, so she never had to leave the lake. Dr. Clark had abundant canine and feline friends and knew them all by heart. Ann’s love of animals radiated from her, and the animals, especially dogs, all seemed to return this affection. 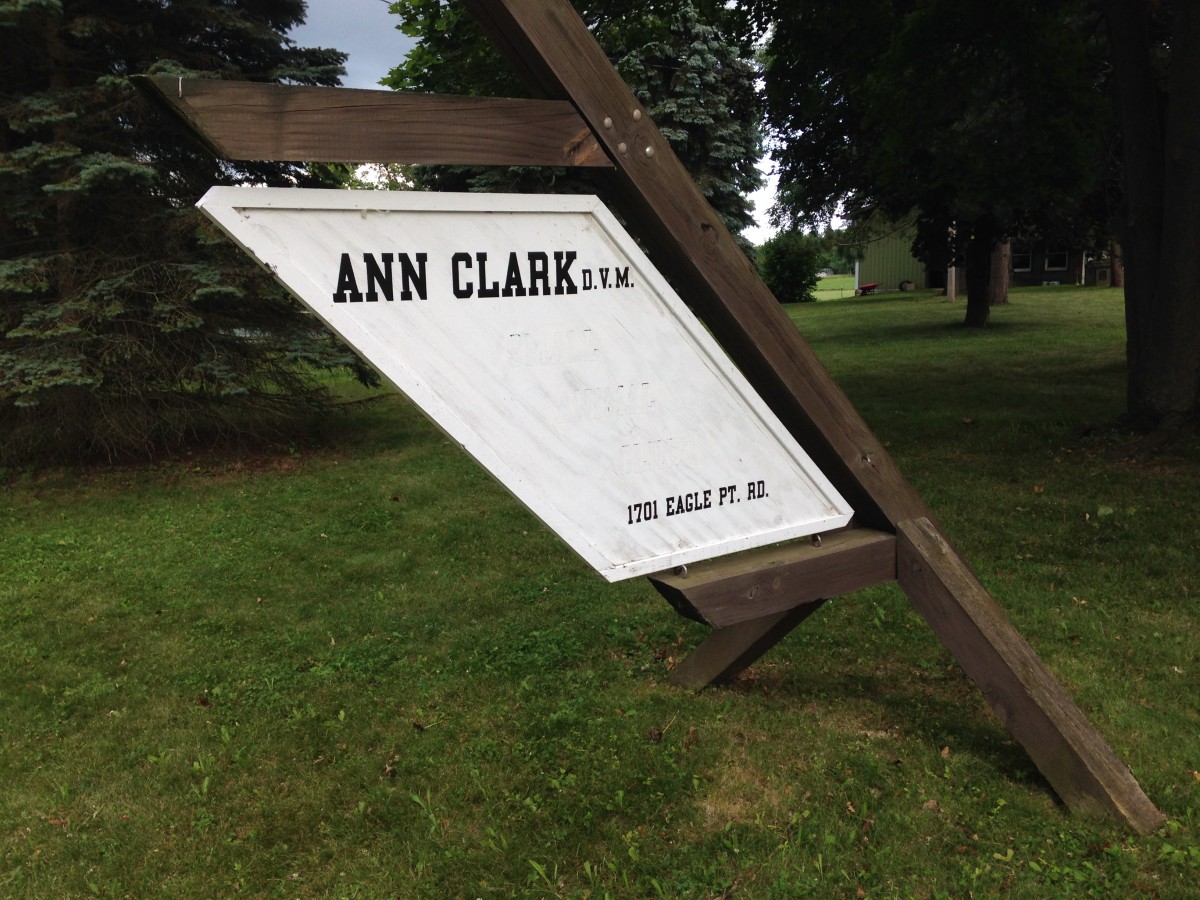 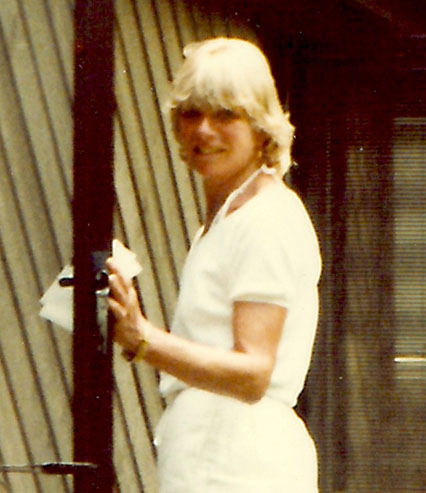 When Ann began to have grandchildren of the two legged variety, she decided time with them was even more important than working with her beloved animals. She retired in 1994, although she continued to provide veterinary care for her friends and family until the end of her life.

Ann has walked countless miles on the Spirit Trail in her lifetime and has instilled this love of the lake in her children and grandchildren who walk, bike, and run the trail as well.  The inscription on the bench “Time For A Walk” was chosen by her children both because they have heard her say those words so many times and also because it is the epitome of who she was as a person. 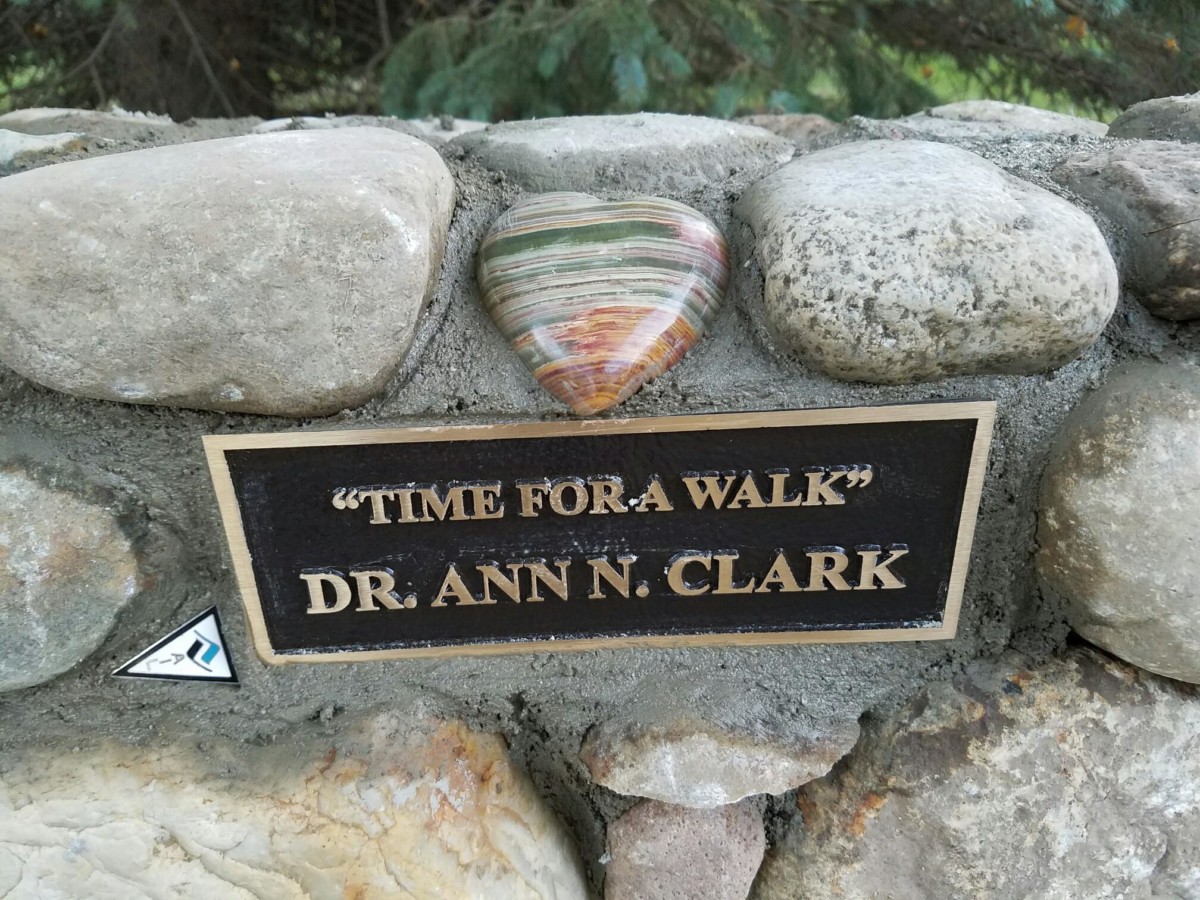 When Ann passed away in 2014, her family and the Clark Lake community were heartbroken. This beautiful bench was built in gratitude and remembrance of her boundless enthusiasm and generosity of spirit–and especially the many memories of seeing her walking the road.  Funds were collected through the Clark Lake Spirit Trail and made possible by the work and organization of Kathleen Thorrez and Ann Swain. The bench is near the Trail along her property for all to enjoy. 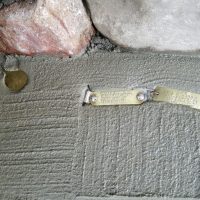 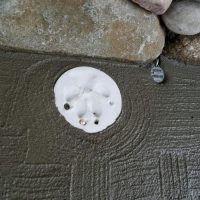 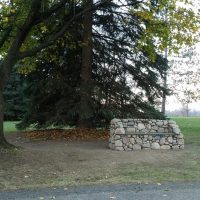 We have placed just a few items in it as a small but significant tribute to this wonderful, loving, generous person. The items include dog tags from some who loved her, a rabies tag, a St.Francis of Assisi (patron saint of animals) tag, a paw print from Emma (four legged grandchild), a stone heart given to her by grandchildren, her Vail pin because it was a special family destination, and her whistle which could be heard daily up and down Eagle Point.  [Click on photos to enlarge].

Please walk the trail and feel free to rest on this beautiful piece of history.