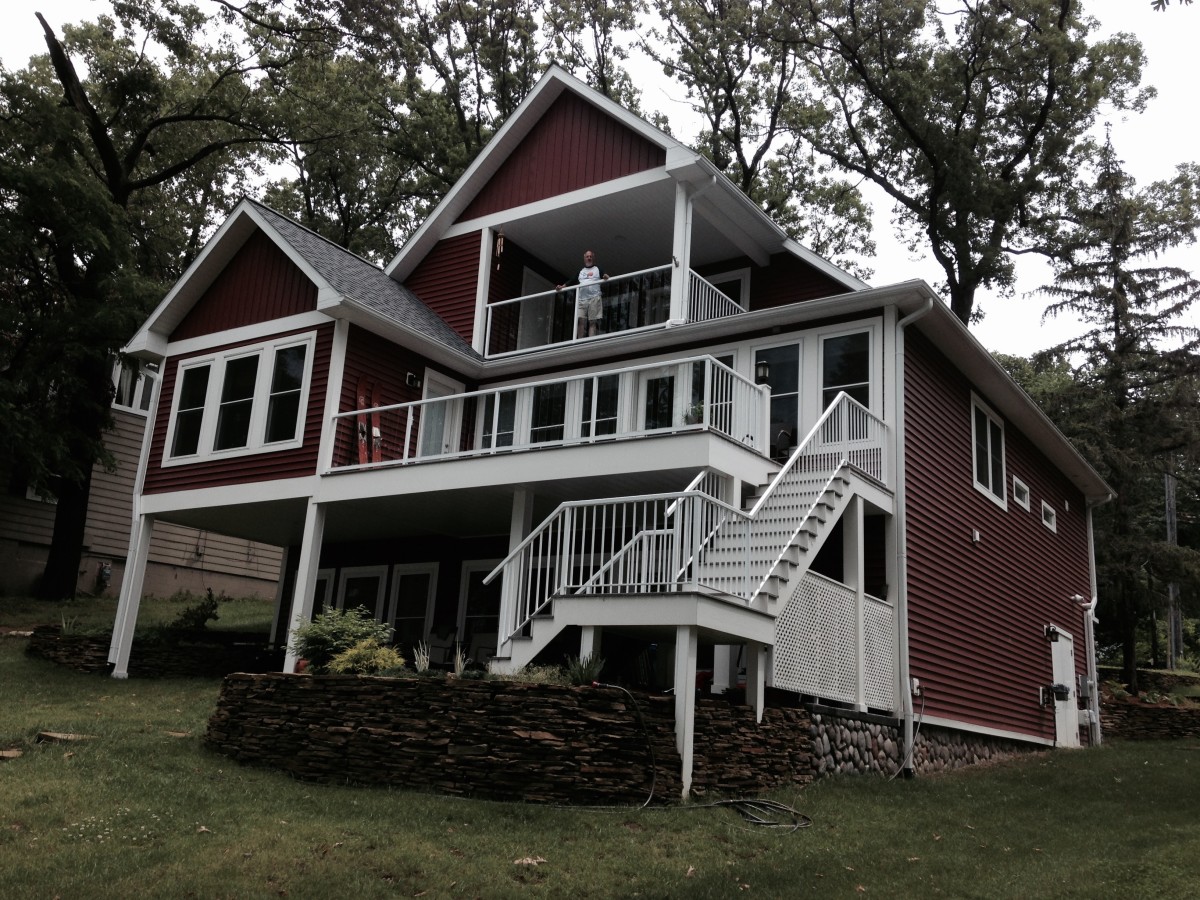 My niece, Kris, and I were sitting on the porch this morning, looking out at the start of another rainy Sunday, and talking about being at the lake in that kind of weather. Somehow, as kids, rainy days at the lake were not as unpleasant as they were in town. If there was no lightning, and it wasn’t too cold, we usually went about our business of lake play as if it didn’t matter. Swimming in the rain was actually fun, as the colder rain always made the lake water seem warm. Also, there were many days that I spent sitting in the old aluminum boat fishing in the rain, with the occasional break to bail excess water back into the lake. Kris commented that she saw someone, just a few days early, happily paddling their paddleboard along the shore in a steady rain shower as if it was just another sunny day.

Of course one memory opens the door to many more, and I found myself talking about the first time I experienced hail. I was about 5 years old, and it was one of the first years we rented the Seven Oaks cottage, on the east shore of Eagle Point, from Rollo Every. We woke up that morning with the prospect of a cloudy day, with some rain, but as soon as we had managed to pass the required hour of waiting after breakfast, we were out playing in the water by the dock. After about an hour of normal play, a small shower moved in, which made no difference to four preteen children. After all, we were already wet. Before long, a chilly breeze moved in, but on the east side of the Point, we were protected from most of it by the shore and its trees. Even so, all that was necessary was to immerse ourselves a little deeper in the warm water.

Suddenly, I felt something hit me on the head, and it stung. I though that maybe one of my sisters had bonked me with a small pebble, or even that a squirrel in one of the overhanging oak trees had dropped an acorn (as a small boy, I was still not allowed too far from shore.) Then my shoulders started to be pummeled. I looked down and found pea-sized white stones, floating in the water! Without further thought I ducked under the dock with my sisters and, from there, we listened to the loud patter of falling pebbles on the dock boards, and watched a flurry of hailstones, some bouncing off the dock while others fell directly into the water. Soon they were floating, and melting in the water around us. And much to my surprise, the water was getting colder where they melted. Asking what they were, my older sister Barbara said, “Oh, it’s just a little hail.” Of course that meant nothing to me so, from the ripe old age of eleven, she explained storms and hail to me. I remember thinking that the idea of falling pellets of ice in July had to be wrong, but I couldn’t deny the evidence before my eyes and touch.

The hail soon let up, and even the rain drifted away, but the lake was now a bit colder. The entire event was only ten minutes or so long, bet Mom felt that we shouldn’t be out in the lake in the rain as lightning usually came with hail, so that was the end of swimming for that day.  We were forced to occupy the rest of that day inside with cards, board games or a book – I don’t remember which. But “hail” had now been added to my growing list of strange lake weather. 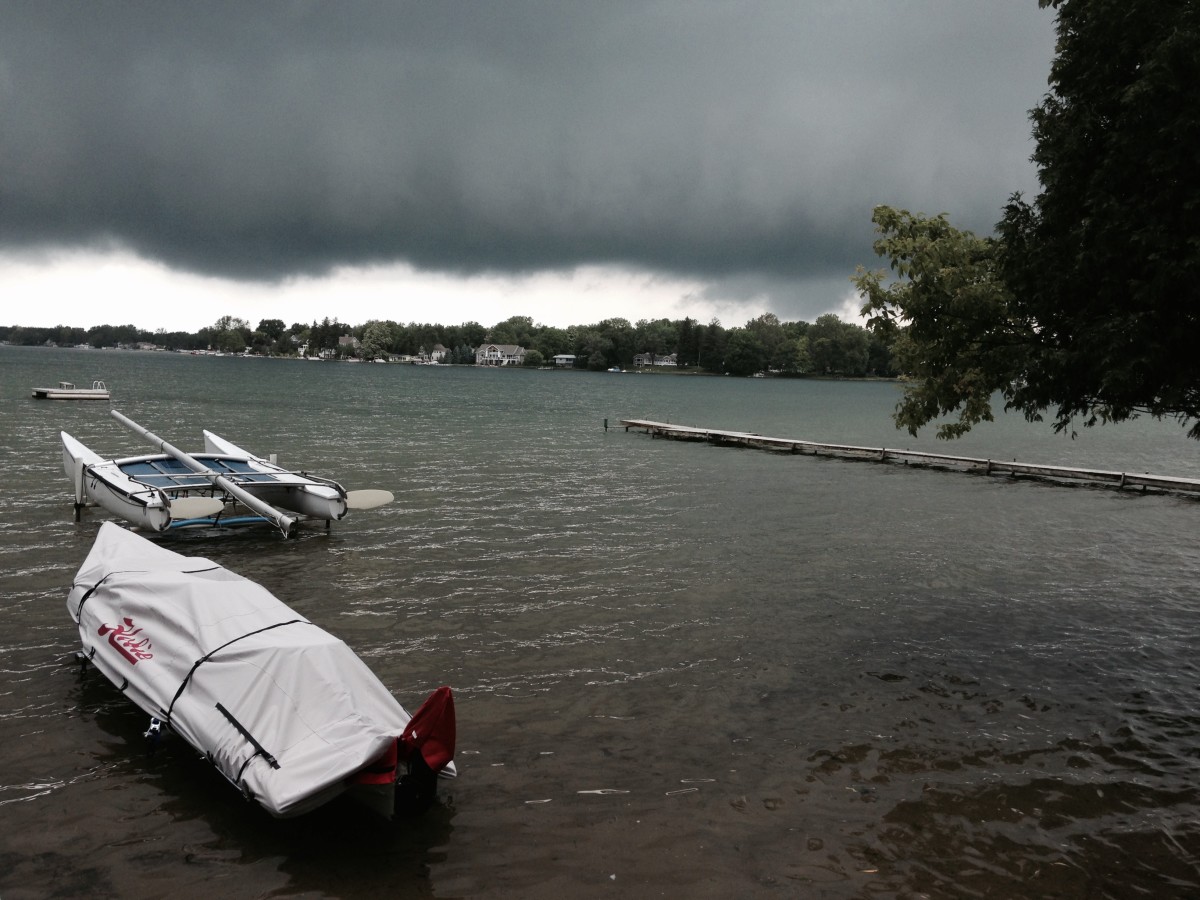