As spring approaches and ice on the lake recedes, an unsightly and unpleasant phenomenon can occur.  Fish kills of smaller scale have happened at Clark Lake before, and they could happen again.

The Michigan DNR proffers two reasons.   “Fish and other aquatic life typically die in late winter but may not be noticed until a month after the ice leaves lakes. That’s because the dead fish and other aquatic life are temporarily preserved by the cold water.”  The DNR also points to this cause.  “Fish also may be affected by rapid changes in water temperature due to unseasonably warm temperatures leading to stress and, sometimes, mortality. That could be the case this year with the record or near-record cold temperatures and large snowfalls Michigan experienced this month and any rapid warming in the coming months.” 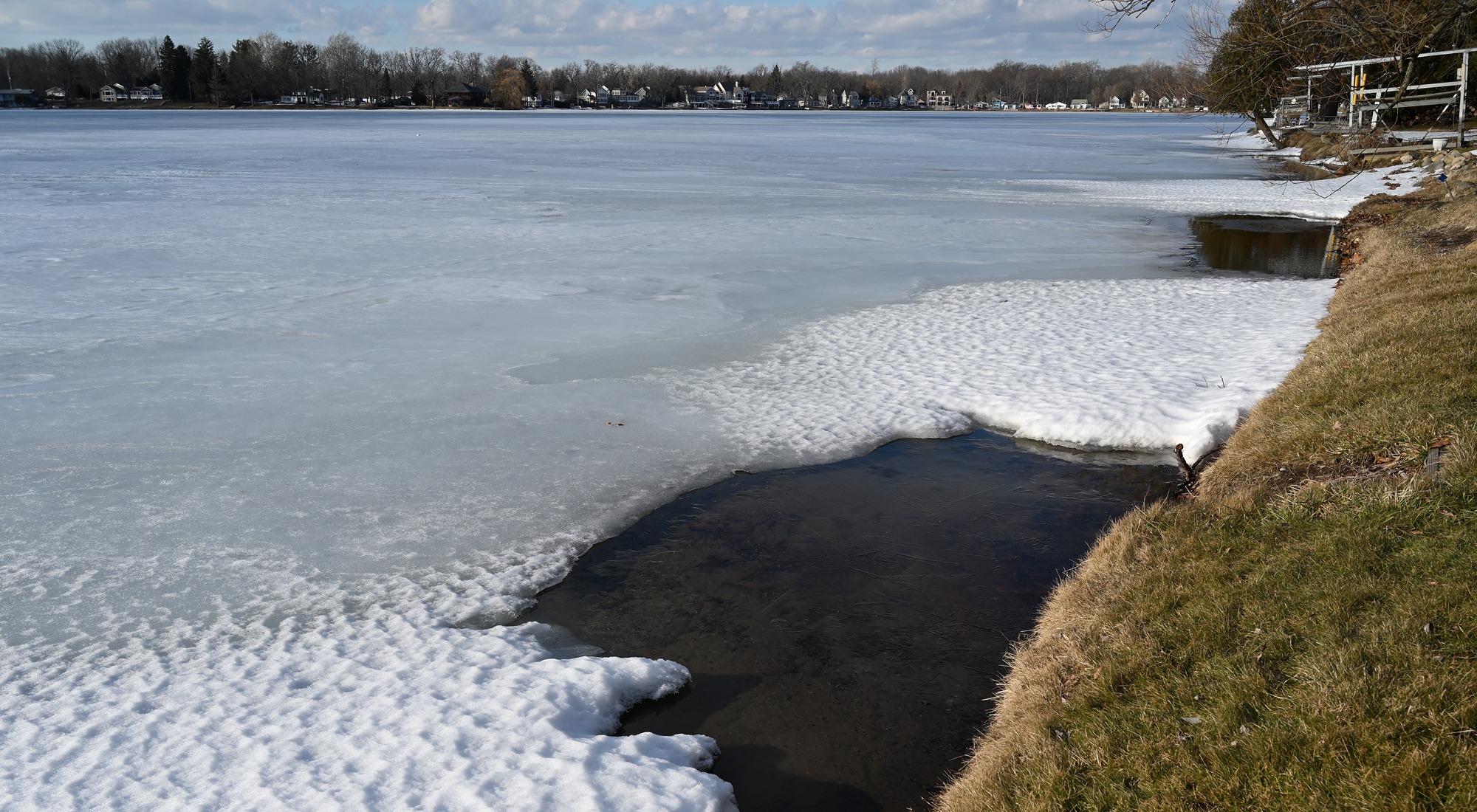 The DNR has explained how this works in other years.  Rapid temperature change can stress fish.  This has been known to happen not only here, but in nearby lakes like Devils Lake.

Gary Whelan, DNR Fisheries Division research manager describes how winterkill, the most common type works. “Winterkill begins with distressed fish gasping for air at holes in the ice and often ends with large numbers of dead fish that bloat as the water warms.  Dead fish and other aquatic life may appear fuzzy because of secondary infection by fungus, but the fungus was not the cause of death. The fish actually suffocated from a lack of dissolved oxygen from decaying plants and other dead aquatic animals under the ice.”

A fish kill is an unwelcome side affect of spring.  But armed with the DNR’s research, Clark Lakers can understand the reason why, should one occur this year.

This morning, Friday, February 26, the moon set at about 7:15 am.  It landed in a place typically reserved for sunsets during the peak of summer from this same perspective. 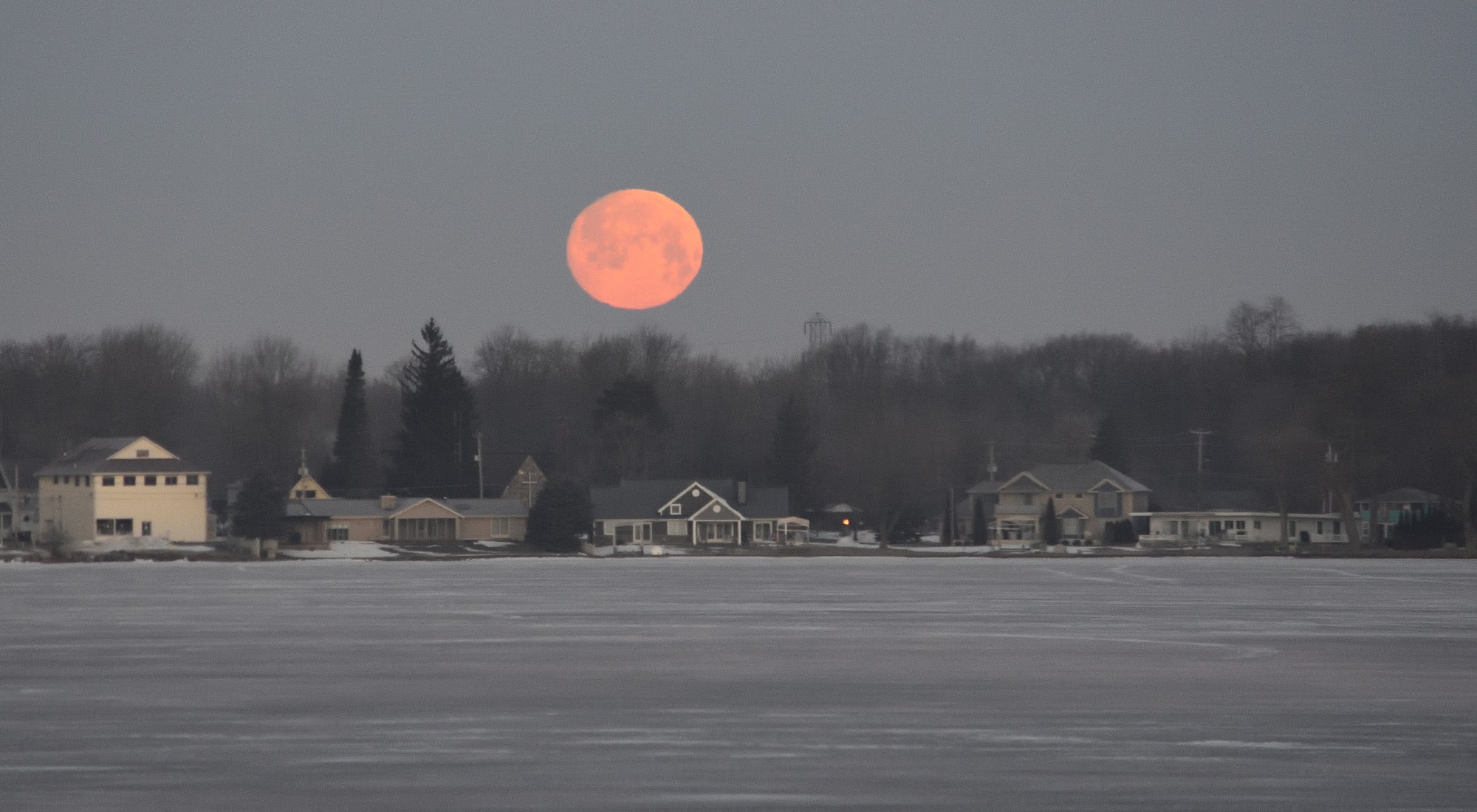