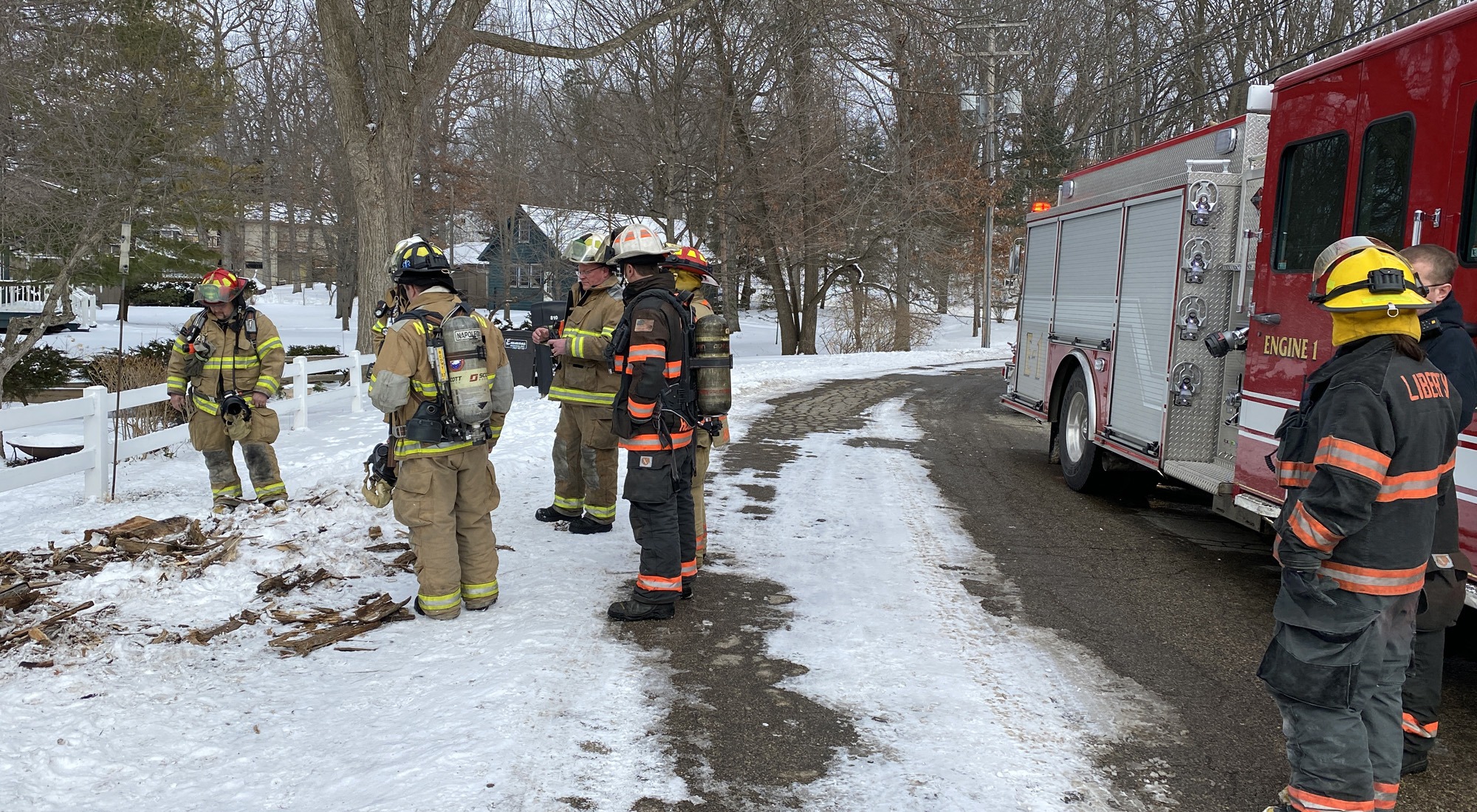 Sally McCarthy says “I heard a loud woosh, like what you would hear in a wind tunnel.”  Then debris started falling down the chimney into the fireplace.  Phil Schindler, who was also in the room, said he thought it was a chimney fire.  Sally says “I went outside and could see some flames coming out of the chimney.”  They called 911, and fire crews from Columbia and Liberty Townships were on the scene.  “It was a quick response, and we’re grateful for that,” notes Sally. 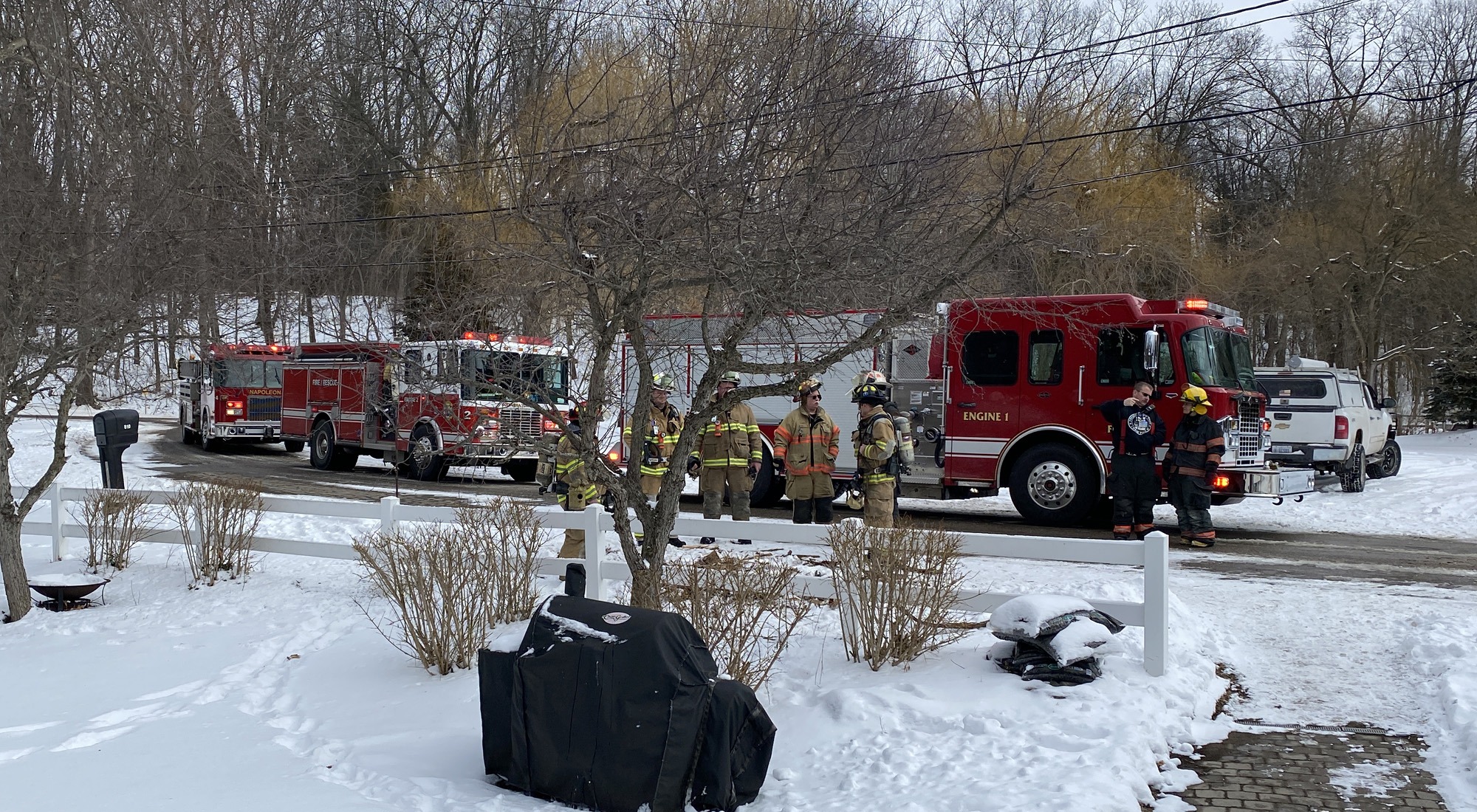 Sally also comments that calling a chimney sweep is first on the list tomorrow.

Tonight, all are safe at the house, and neighboring cottages, on Lakeview, near Eagle Point Road.