A Boat Ride on December 11th? 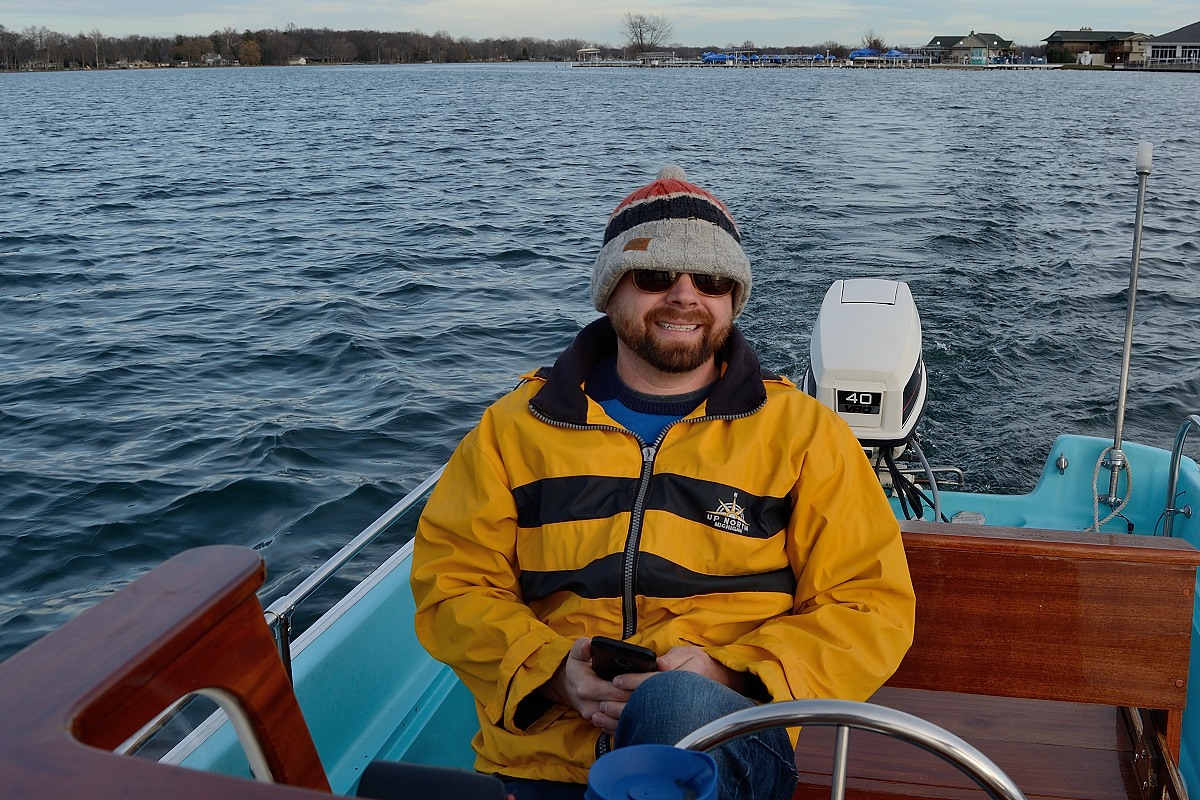 B.J. Lyons in the Boston Whaler with Eagle Point over the stern

Though the they are few and far between, there are boats and rafts out on the lake in late fall and early spring.  But a December 11th boat ride?  That doesn’t happen often.  B.J. Lyons, in his restored, classic Boston Whaler, took your photographer on a tour of Clark Lake this afternoon and the slideshow below is the result.  So if you had gone out today, what would you have experienced?

First you would definitely want to dress for it.  The temperature was 50 degrees, much warmer than normal for December.  But on the lake with a westerly breeze, it can seem much colder than that.

As you begin your tour, you instantly realize the shoreline has a different look and feel without the normal landmarks of docks, boats and rafts. Only two or three docks were still in the water.  In past winters, some docks left to freeze have survived, but the outcome is not always favorable.  Once the ice begins to move during the thaw, it can carry away whatever is in its grasp. The slide show below also has a look at what happens if the lake freezes before your dock is out of the water and what your remedy.

Then there are the Christmas decorations.  The boat ride took place in late afternoon so the photos don’t do full justice to lights.  Included is a photo of Bill and Pat Tuttle’s home.  True to Fleet 58, their Hobie is outlined in lights for the holiday.  Also, in the dim afternoon light, you can begin to notice see the decorations on the Clark Community Center.