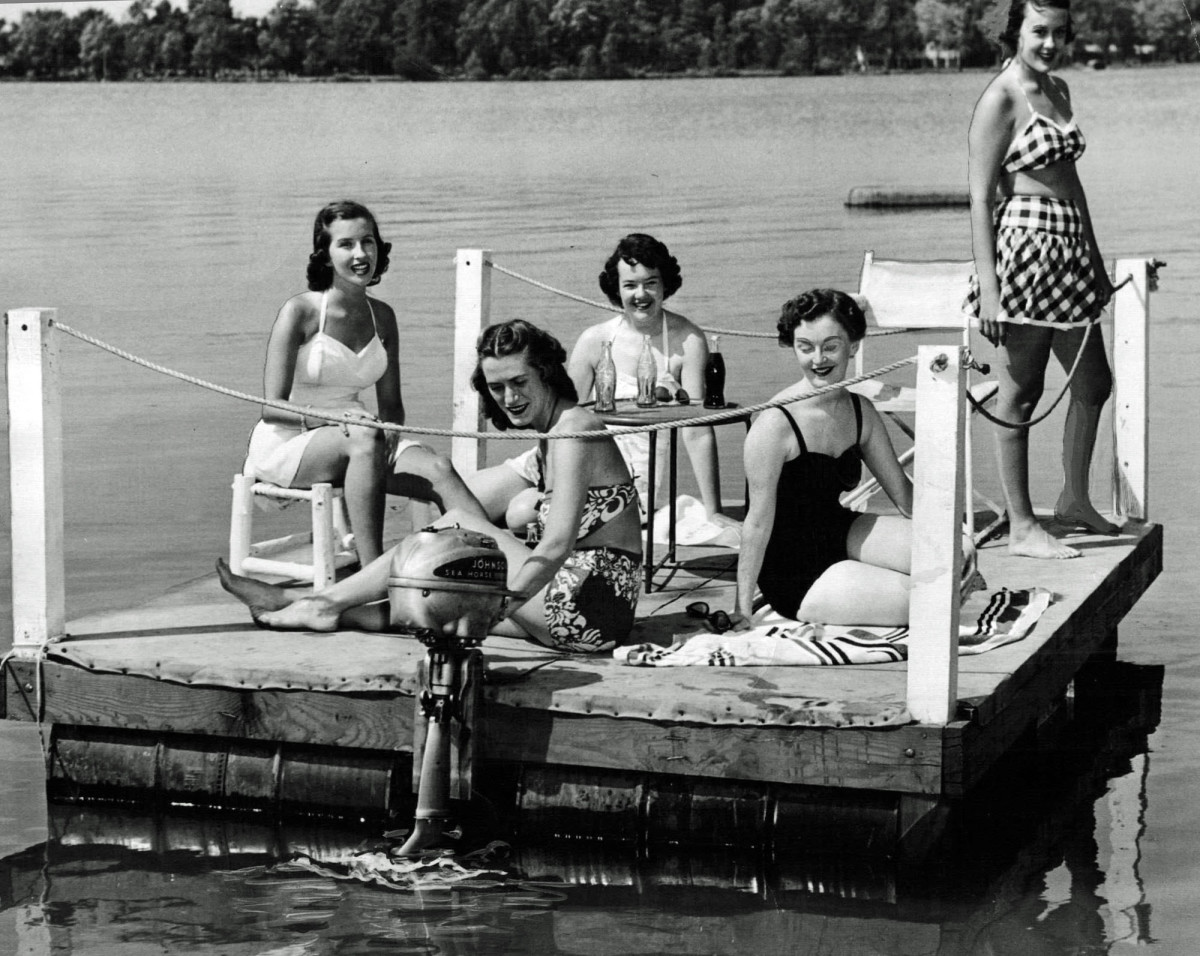 History strongly suggests that Clark Lake innovators were the first to repurpose a swim-raft floating on 55 gallon drums.   They cut a slot to create a transom to mount a five-horsepower motor. The idea caught on, and thus began a new era.  Seeing opportunity, manufacturers ran with the concept, leading to the advanced models of today.

Recently, one of those modern day crafts is now playing an innovative role.  Thursday evening at the Eagle’s Nest, guests enjoyed live music played from a raft.  Hooked up to the lakeside patio, it seemed a fitting way to present entertainment, and connect to the Clark Lake heritage. 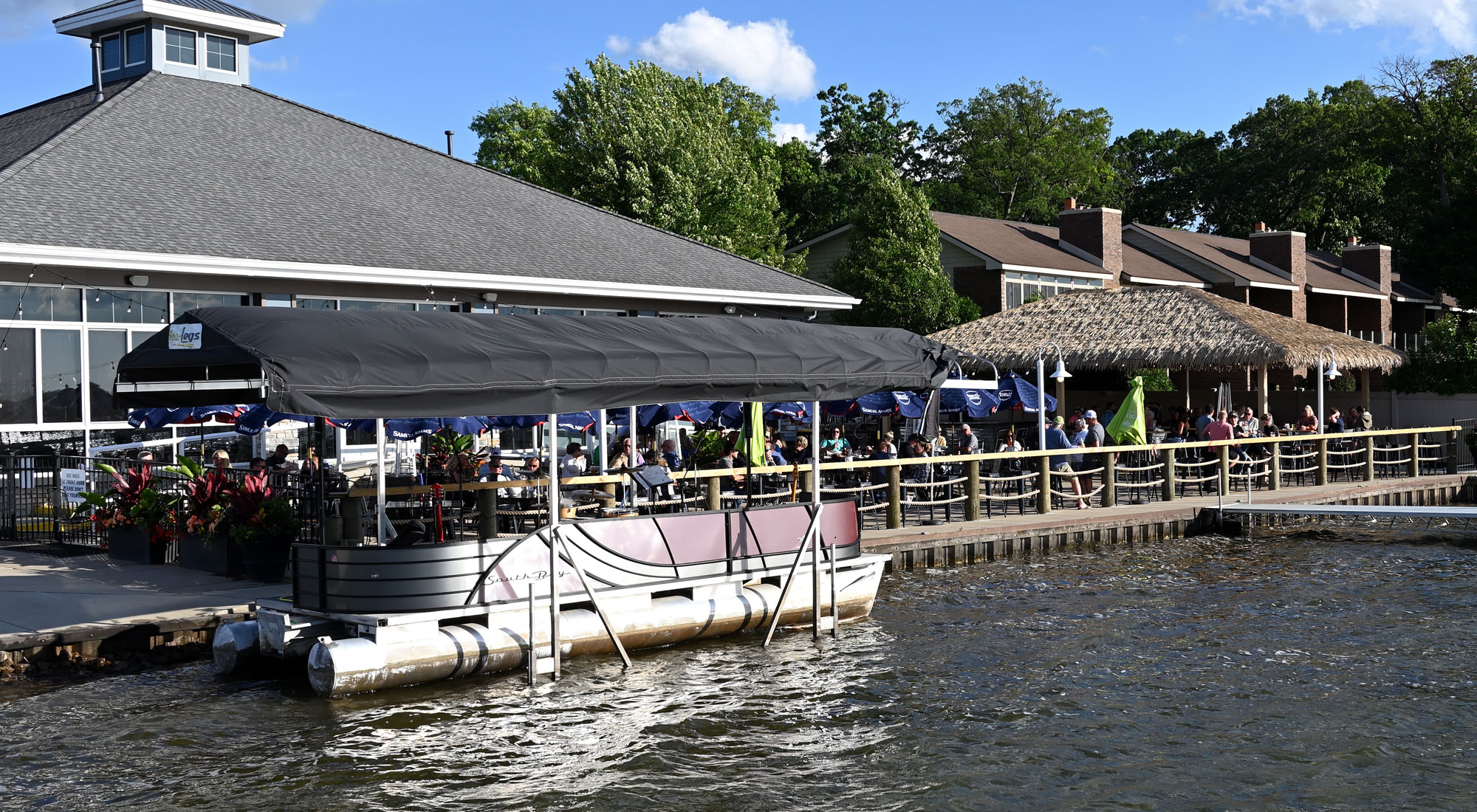 Owner Blair Huff says “expect live music on Thursday nights at the Eagle’s Nest played from the Band Raft.”  This Thursday, Thom will perform.  Thom is known as the “band from one man.”  Below Blair and general manager Jorge Orozco stand near the Band Raft as John Griffin and the Persuaders played. 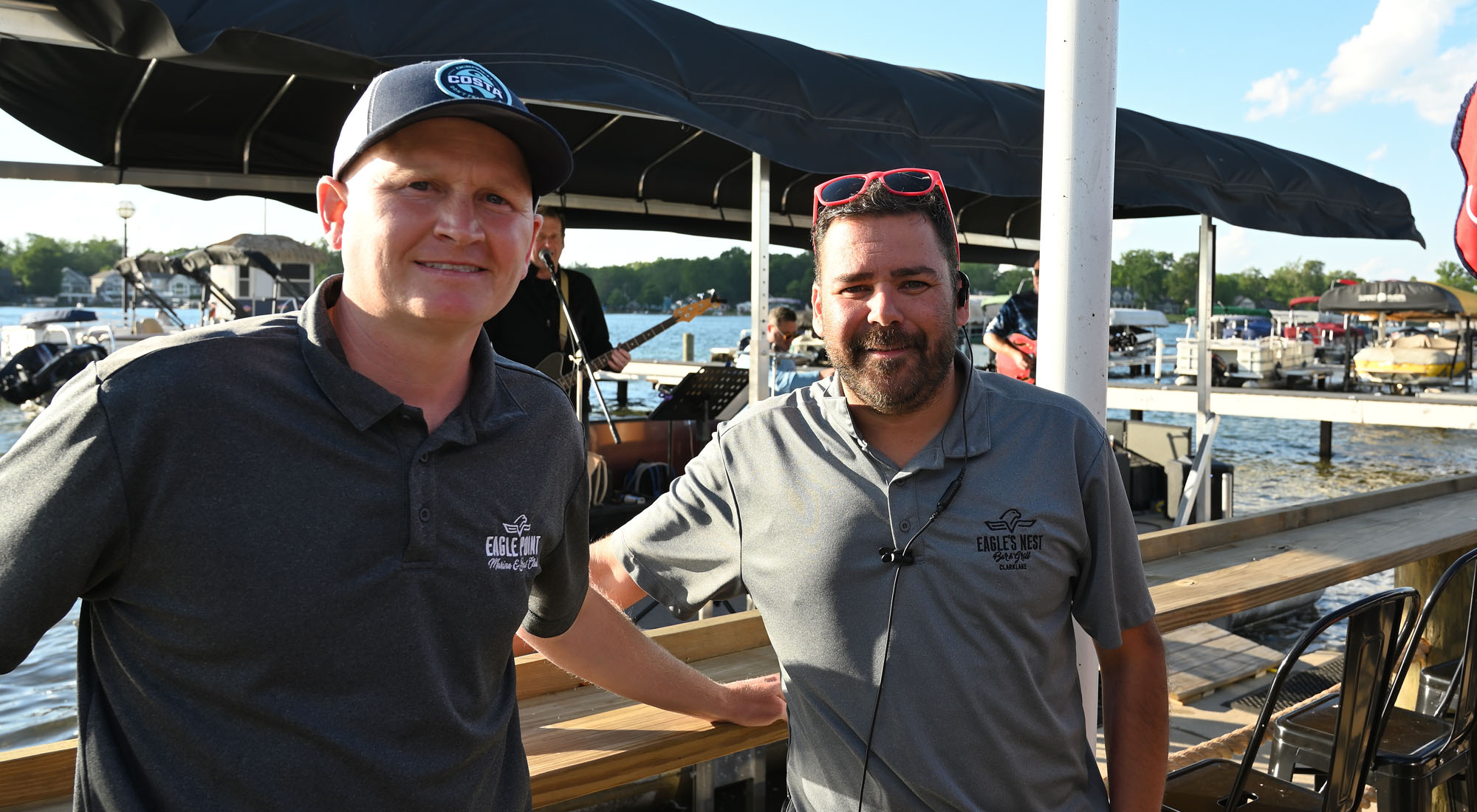 Here’s a sampling of those who came to witness this Clark Lake first.